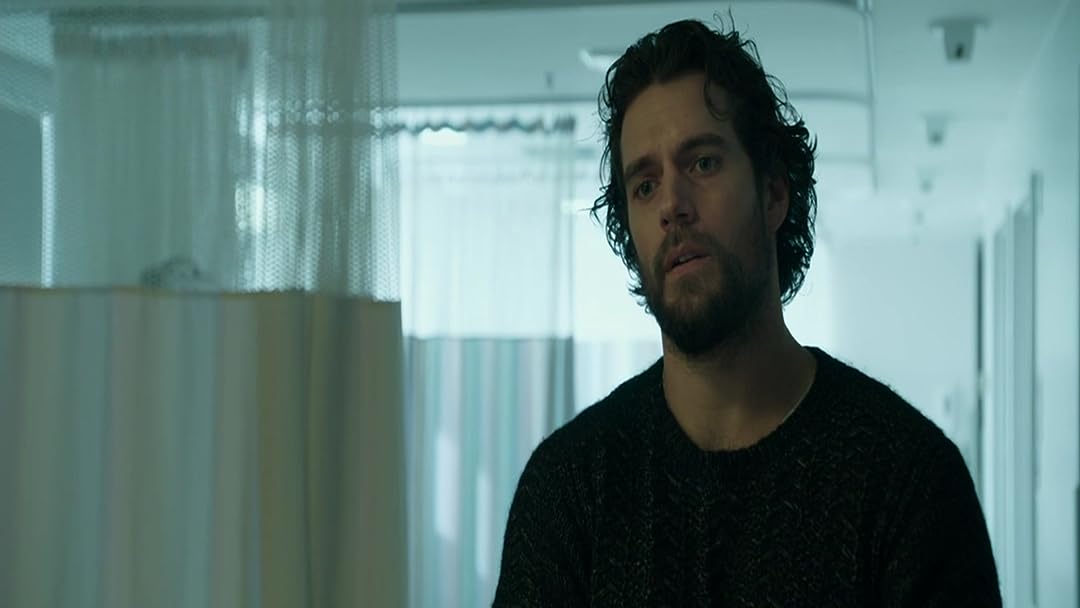 (2,427)
5.91 h 39 min2019X-RayR
The hunt is on as a detective races against time to stay one step ahead of an arrested serial killer masterminding deadly attacks from behind bars. Henry Cavill and Ben Kingsley star in this action-packed thriller will shock you at every turn.

Matthew L. HeinrichReviewed in the United States on September 25, 2019
1.0 out of 5 stars
Plor makes no sense.
Verified purchase
Mile-a-minute movie with no purpose, and any "surprise" is wasted by a confusing script where everyone knows everything right away.

Editing is disorienting in a bad way. There are pointless connections, plot points, and I must have said "What?" 800 times.

No character is developed or introduced properly, and you sympathize with no one at the end of the movie.

Amazon CustomerReviewed in the United States on September 15, 2019
1.0 out of 5 stars
Well that's time I'll never get back for my life
Verified purchase
What a pathetic word salad of an incomprehensible script. You can palpably sense the talented actors struggling to make sense of the words coming out of their mouths and even more so from the talent-less actors like Brendan Fletcher who was apparently cast for his ability to fling phlegm from his mouth in his agonizingly too long scenes. If a studio never picks up the producer and director for this movie ever again it will be a service to mankind.
76 people found this helpful

C F CastReviewed in the United States on December 27, 2019
5.0 out of 5 stars
Quiet the mind prior to watching . . . . .
Verified purchase
1991 'Silence of the Lambs' was a thunderbolt thriller that struck an electric shock into the hearts and minds of viewers round the world. For the first time a film on the topic of 'serial murder' hit the nail square on the head intimately and up close.
The only other movie that raised the hairs on the back of my neck was 'Psycho' 1960. It's topic of 'serial murder' filmed in black & white stabbed blood red on screen with such unexpectedly violent brutally (much like 'Silence . . ') it left an indelible impression upon my 7 year old mind that still conjures a deep shiver.
2019 'Night Hunter' was an unexpected surprise and a full length thrill. Henry Cavill is an outstanding actor with all of his roles which for me began in 2003 with "I Capture the Castle'.
The complexity of an exceptionally well written & directed plot completely immersed my complete attention! Who sits down anymore to 'watch' a movie without doing something else?!
Rare are movies that provoke anticipation or imaginative thought upon where all the twists lead and finally fall together in place.
Very few viewers will appreciate this movie's pace, depth, or plot. This movie definitely isn't for the weak & lazy viewer who demands everything to be 'dumbed down' with a list of ingredients spelling out or explaining the point in each chapter of the story.
Every performance was perfectly presented. The cops weren't made to look dumb, more like overly worked, and no character outdid the excellent performance of the star - serial murderer - Brendan Fletcher - KUDOS, MAN! You totally nailed it!
It's a film I'll never forget and will add to the previously mentioned about the very real and undoubtedly seriously overlooked topic of 'serial murder'.
42 people found this helpful

Lisa WilsonReviewed in the United States on September 7, 2019
5.0 out of 5 stars
Keeps you on the edge of your seat!
Verified purchase
Just finished this movie. Talk about suspense!!! Henry Cavill was effing amazing!!!!! Definitely a different type of role for him and he nailed it! It's on Amazon Video...MUST WATCH 📺🍿
52 people found this helpful

ReviewReviewed in the United States on December 8, 2019
4.0 out of 5 stars
Nordic Influence
Verified purchase
Although Night Hunter is a Canadian film that is classified as a psychological thriller various aspects of the film look to have been inspired by the Nordic noir genre of made for TV series. The Finnish series Bordertown in particular and the Swedish series Henning Mankells' Wallander came to mind as I watched this suspenseful drama. It was certainly worthy of a meditation for ninety-nine somewhat stimulating minutes. There is a logic to the film's plot development and the pacing and duration of scenes is well worked out so there are few dull moments but there are at least two scenes that could have been expounded in more detail. Night Hunter does not disappoint but could have been a resounding five star if only it had better production value and if it could have packed in more character development. Such a story as Night Hunter wants to tell would have been fit for a longer film or perhaps two or three episodes. Regardless, the film is a success and worthy of a recommendation.
37 people found this helpful

MsTerryReviewed in the United States on September 28, 2019
5.0 out of 5 stars
Satisfyingly dark and suspenseful (without gore)
Verified purchase
Exactly the kind of twisted thriller I love, with great actors, some character development, good plot, pretty good twist, all the things. For those who like "Saw"-style gore ... this is not for you. Reminds me of movies like "Kiss the girls" and series like "The Fall" or "The Killing".
Some might say it's cliche... and a bit .. jumbled here and there - like almost tooo many characters and then some threads end somewhat abruptly.... but I have to say I like it this way... something almost feel-good and predictable in a crazy world. Highly recommend.
34 people found this helpful

St. Croix DataReviewed in the United States on September 27, 2019
5.0 out of 5 stars
Slow to start, but whatta an ending!!
Verified purchase
Amazon always want input on their movies, but this is a movie to encourage you yo see. There is a sutle A list of actors in this story that leaves you wondering if there is going to be any clear villians. When the movie ramps up, you are usually saying "Whoa, didn't see that coming...." then a phrase like "WTF should be heard. Good to great acting, subtle start with the story, and a slap your head ending.
28 people found this helpful

NathanReviewed in the United States on October 16, 2019
3.0 out of 5 stars
Would have been 5S, but the cops are SO DUMB.
Verified purchase
Great plot twists but the cops in this film (outside of the 3 main characters of course) are so poorly written its not funny. The only reason this keeps you on the edge of your seat is that you cant wait to see how the next cop is going to screw up so badly it helps the bad guy. Its like every cop on the force outside Henry Cavill is written in to up the body count. They run off with no backup, do really stupid stuff under "emotional duress", have worse accuracy than a stormtrooper, and love to soak up bullets. I get the need to create tension, but they could have done a much better job of making it seem like the cops went through the academy before they started hunting psycho killers.
26 people found this helpful
See all reviews
Back to top
Get to Know Us
Make Money with Us
Amazon Payment Products
Let Us Help You
EnglishChoose a language for shopping. United StatesChoose a country/region for shopping.
© 1996-2022, Amazon.com, Inc. or its affiliates