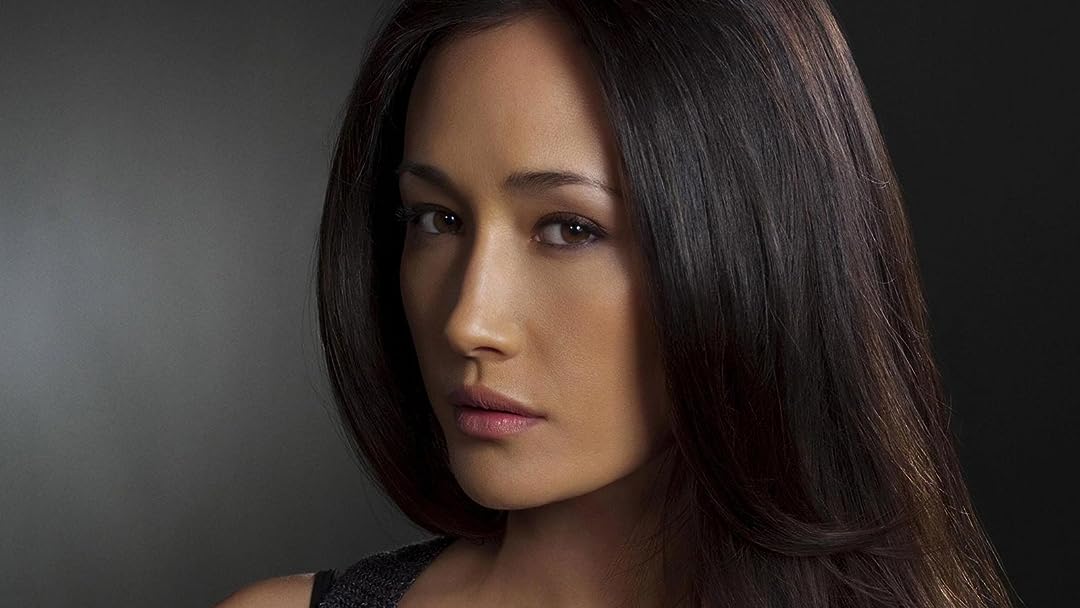 (897)
2011X-Ray13+
Maggie Q stars in this sexy and suspenseful series as the charming and deadly Nikita. Trained as an invisible assassin by a secret government agency, no one has ever escaped…until now.

Mike S.Reviewed in the United States on July 6, 2022
5.0 out of 5 stars
A fun series
Verified purchase
This is the latest adaptation of the French movie La Femme Nikita, which was also adapted as an American movie called Point of No Return, and a 1990s TV series that aired on the USA network. In this variation, Maggie Q stars as Nikita, who escaped from, and is now trying to bring down, a secret government organization called Division, which performs any number of black ops, including assassinations. Division "recruits" young men and women to perform operations, basically by giving them a choice of prison (or worse) or working for them. Nikita, who escaped Division three years prior to the events of the show, enlists the help of a young woman named Alex, played by Lyndsy Fonseca (best known for her role in the Kick-Ass movies) to take down Division. The show is basically a case/mission of the week procedural, with larger arcs that run throughout the season. Nikita, with Alex's help (unknown to Division agents), does what she can to sabotage the missions and throw a wrench into the plans of the organization. The show has a very strong supporting cast including Melinda Clarke (from The OC), Xander Berkeley (from 24), and Shane West (from ER).

For those who get the Blu-Ray set, the A/V quality is very good, with the colors looking very crisp. The show does not have a ton of special effects, but what there are do not look fake (as is definitely the case for some shows which tend to stand out even more in HD). The extras include It also includes deleted scenes, a few making-of featurettes titled "Inside Division, Part 1: The New Nikita", "Inside Division, Part 2: Executing an Episode", "Profiling Nikita, Alex, Percy & Michael", audio commentaries on select episodes, and a gag reel. So there is a lot there if you like watching the extras.

Overall, the show is very entertaining. It is pretty much a straight-up action/thriller but does mix in some drama. It does have some sexual content, but not a ton since the show aired on network TV, but Maggie Q is put in some very skimpy outfits. So, keep that in mind if that is something that would bother you. It is well written and very well-acted, and the large ensemble cast is balanced very well. So, if you are into that genre of shows, I highly recommend this one.

Frequent shopperReviewed in the United States on August 8, 2022
3.0 out of 5 stars
Not as good as the original . . .
Verified purchase
I grew up watching "La Femme Nikita", with Peta Wilson (https://www.amazon.com/gp/video/detail/B004OQPVH8/ref=atv_dp_share_cu_r). This remake can't hold a candle to the original. The acting is okay if you can get past the fact that the characters act more like high schoolers (or really immature adults) instead of specially trained operatives. It loses my attention pretty quickly because of that fact.

Overall, it is worth watching on some level, but nothing stellar.

A.S.Reviewed in the United States on November 25, 2016
5.0 out of 5 stars
Underrated show
Verified purchase
I didn't watch this show early on while it was airing live unfortunately, I discovered it towards the end of it's live run. It's really an underrated show. It's full of action, suspense, twists, and has some romance- so a little bit of everything. Pretty much anyone will enjoy this series. It only has four seasons so it's actually a fairly quick watch and the price is great. Maggie Q was a great choice for Nikita and it shows as she continues to have a successful TV career. I'm going to eventually purchase all four seasons.
8 people found this helpful

The DeaconReviewed in the United States on November 28, 2013
5.0 out of 5 stars
Great spy-vs-spy action and storytelling
Verified purchase
This is perhaps the greatest spy-vs-spy storytelling ever to hit the small screen. Action, drama, romance, comedy, and fast-paced plotlines are all part of the package here. It's held together by a deadly beautiful assassin called Nikita who's trying to climb out of a sinful past of soul-damning acts by turning on the secret government agency that created her.

Sinister conflict and great fight scenes are part of most episodes, but it is the strong characters and superb storytelling that made the first season such a success. Maggie Q plays Nikita with great heart and charisma, but she is well-backed by the other female lead Lyndsy Fonseca who plays her younger partner-in-espionage Alex. The cast is rounded out by other solid actors, with each having well-developed characters that we get to know over time.

With heroines and heroes to cheer for and villains to hate, this show is a lot of fun to watch. There are some nice twists and turns along the way, and the pacing is fairly fast throughout. By the time we reach the season finale, it gets to be a bit of a dizzying ride but is well worth the journey.
6 people found this helpful

Gary GilfoyReviewed in the United States on February 4, 2015
5.0 out of 5 stars
NOBODY DOES IT BETTER......LIKE MAGGIE Q
Verified purchase
I recently found season two of Nikita at Big Lots for the amazingly low price of eight dollars. I must say that this cable series is highly entertaining. Much so much that I plan on buying the remaining three seasons from Amazon. The series is action packed and the story lines are great. If you want a good time then latch onto this series. Just ordered the three other seasons of Nikita. Season one has arrived and i'm watching it now. This is one of the best T.V. series that I have ever seen. It plays like a very long mini series and theres never a dull moment. I highly recommend this entire series to everyone. Watching this series is just like eating potato chips, you just can't eat/watch one.
5 people found this helpful

erdprodReviewed in the United States on July 31, 2015
5.0 out of 5 stars
I'm a Nikita nut so I have to pitch this show. It's a very good show.
Verified purchase
I'm a Nikita nut (Thank you Luc Besson). I started with Point of No Return (ok) then saw Luc Besson's original French sub titled Nikita. Then I had to watch the Canadian one developed by Joel Surnow (24, Nowhere Man) with Peta Wilson. Then I found this and I love Maggie Q (Live Free or Die Hard, Divergent, Insurgent, MI3, etc.) and I love Melinda Clarke (Firefly, CSI -- so played a PRO in both) and there's Shane West (remake of Oceans 11 -- card playing actor) and Xander Berkeley (last booth). Once again a great cast. Xander is just as spooky, loveable and hatable as Glazer was in La Femme Nikita. Clarke was just as vicious as Watson in the Peta Wilson show. This was developed by Craig Silverstein (Standoff, TURN, Terra Nova, Bones) with McG backing. The pilot is a knockout (especially Maggie in the Jacuzzi sequence). It's a more formatted show than the Peta Wilson TV offering but for spy and Nikita fans you can't go wrong. Alberta Watson was brought in by the second season as an oversight type person (she was in the Peta Wilson show as well). This takes place AFTER Nikita gets out. As opposed to the Peta Wilson version where she's in all the time.
11 people found this helpful

Jason SumReviewed in the United States on October 10, 2011
5.0 out of 5 stars
Could be the Flagship Show for the CW Network
Verified purchase
If you are a die hard fan of the Original La Fem Nikita Film then the two American Re-Makes
Later the TV Series
You'll be both Surprised and Amazed what a great new take on the Nikita mythology this is!
It's Fresh and Smart

I was turned off Cause they seemed to have Marked it so wrong IMO
Trying to sell Sexuality over the deep Story
The CW isn't the only one to do this USA's Covert Affairs and Fairly Legal also were poorly Marked just on sex appeal
It's not fair to the 3 Stars of each show (Cause they all bring lots to the table)
Regardless I watched the pilot and it's One of the best Prime time Shows in a long time!

Maggie Q and Shane West Lead a True Perfect 5 Star Cast
Lyndsy Fonseca (Alex) is a great Find
she can hold her own side by side with Maggie Q
Xander Berkeley (Percy) is awesome as the guy you love to hate!
the story is very much different then the Previous tv Show
I guess you could compare it to Frank Miller's Dark Knight Graphic Novel
You are watching the second half of Nikita's Life after she escape Division
It takes various twists and turns (It 's more like a Day time Soap Opera Cause the story all fits together seamlessly
You have to watch every episode in order
The goal to the 1st Season is to Set up a Much bigger Season II

Season II has been great so far!

The HQ of each episode is incredible
from the fight scenes, Stuff Blowing up! all the extras they cast
It's like a mini movie each episode

It's by far the Best Adult Drama on The CW In many ways it doesn't fit on there Station)
But, I'm glad they picked it up and hope they stick with it for a few years and keep the quality coming
I highly recommend this Action/Drama it will not Disappoint anyone who loves and misses Great tv
(Which is a few and far between at this point and time
Check it out you will not be sorry 10/10
4 people found this helpful

pooled ink ReviewsReviewed in the United States on June 15, 2021
5.0 out of 5 stars
badass with unexpected heart and I love it
Verified purchase
If I could afford to own the entire show on DVD, I would. For now though I'm happy to have the first season at my beck and call. SUCH a good show and not nearly talked about enough!
See all reviews
Back to top
Get to Know Us
Make Money with Us
Amazon Payment Products
Let Us Help You
EnglishChoose a language for shopping. United StatesChoose a country/region for shopping.
© 1996-2022, Amazon.com, Inc. or its affiliates