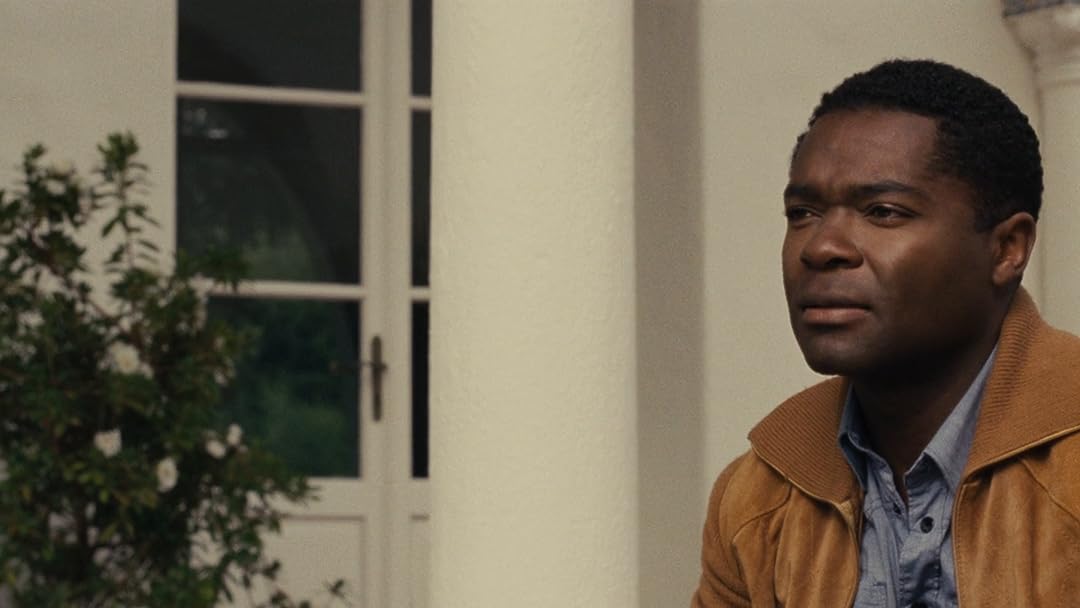 (487)
5.41 h 30 min201618+
Nina Simone (Zoe Saldana) was one of the century's most extraordinary talents, but fame and fortune came with a price. Rediscovering the meaning of her life and work took courage, strength and one true friend: Clifton Henderson (David Oyelowo).

Ron BlachmanReviewed in the United States on December 30, 2020
3.0 out of 5 stars
A fine performance by Saldana marred by a cowardly script and song selection.
Verified purchase
The writers have tried to sanitize miss Simone. Her justifiable bitterness about American racism was a much larger aspect of her public persona, her importance and her work. The writers have substituted artistic temperament and substance use for the thing that was most controversial and inconvenient about Nina - namely her unflinching, confrontational honesty. This is particularly obvious in the song selection 0r, more properly the non-selection. I can't imagine a movie about Billie Holliday without "Strange Fruit" and I can't respect a film about Nina Simone that doesn't include "Mississippi God Damn".

What were the producers thinking? Are they worried about offending potential viewers in the Klan?

Credit is due, though to Zoe Saldana for a fine performance and for surprising great chops singing the material chosen.

Jennifer RigginReviewed in the United States on December 21, 2018
4.0 out of 5 stars
Glossy Controversial Biopic of a Civil Rights Music Legend
Verified purchase
Cynthia Mort's ambitious glossy biopic of Nina Simone is far too short at 90 minutes. The costumes are absolutely outstanding and if for that alone, they give the viewer an insight into the life of this legend which was instrumental to music and Civil Rights in the 60's.

The beginning starts off showing how the child version of Nina stands up at her school against the Southern mentality where her parents are forced because of race to sit in the back of the auditorium at a piano recital. We see from the start that here is a female who stands up against the status quo. However throughout the movie, this theme gets lost and Nina Simone just becomes sort of an angry person as she has a nervous breakdown and issues with alcohol. Not her finest moments and one has to wonder why that is the subject matter focused on for the purpose of the film.

Much has been said about Zoe Saldana playing Nina Simone as she does not carry of the same facial features whatsoever and being of Dominican heritage, her skin is naturally lighter so black face is used which comes off as very cheesy. However as Saldana's background is in ballet dance, she is able to capture the fluidity and style of Simone as seen in the credits clip where she is dancing in almost a belly dance style. Saldana also sings Simone's songs throughout the movie and has a great voice, but her style comes off prettier and not the deep sound of the famous star which does seem the most important.

From an actor's standpoint, I have to admire Saldana's dedication to pulling off the different shades of Nina Simone in manner and dialect. For that feat alone, I give my high rating of this film.

Kind of short version of Nina's life and much seems to be glossed over in order to make a story out of the film. Good introduction to the songs that made Simone great.

I question the timeline of her conversation with Richard Pryor (Mike Epps) as she is talking with him by telephone and he already has MS. I wasn't really aware at any time that this movie was set in the 90's as it seems to jump around a lot.

David Owelyo of Selma fame is Simone's caretaker eventually becoming her manager and inspiring her to get back to her singing career.

I was not aware that Nina Simone went to Julliard. An incredible feat for anyone and the movie made it clear that she was forced into singing in clubs because she was unable to follow a professional piano career. Just such a talented artist and this story really only briefly touches on her spirit.

Aubrey MReviewed in the United States on October 26, 2021
3.0 out of 5 stars
Zoe Saldana was great!
Verified purchase
I don’t know why this movie got such a bad wrap. Zoe Saldana was great in it. I believe she did the singing in it & I thought she did a great job. I guess many in the black community thought she didn’t do so well & that’s a shame.She proved she was quite capable with the role & perhaps, the script was a little lackluster.However, with the material she had I thought this was an accurate portrayal, I think many people know the mental illness that Nina Simone suffered with during her life which was quite sad. I know someone who used to manage her & she was a nightmare to work with & this person saw her punch someone in the face on tour. Nina Simone had major problems in her life but, how the role was written isn’t Zoe Saldana’s fault.People should give her more credit & not take it out on her.
One person found this helpful

Linda NorrisReviewed in the United States on April 1, 2018
2.0 out of 5 stars
Disappointed
Verified purchase
Nina Simone is like a goddess to me. I was really sad to see her portrayed as such a strung-out bitch. Her greatest disappointment in life was that she was denied a career as a concert pianist. She was abused by her predatory, exploitative husband, and used by an industry that chewed up and spit out talent. No wonder she was difficult! I would have preferred to see a movie about her career, her interactions with other performers, the creation of her music and her contributions to the civil rights movement. To me, this was just another exploitation film, playing on the gossip about her worst qualities. I hope someone makes a truly salutatory epic about such a great performer.
13 people found this helpful

BrwnSgrReviewed in the United States on January 9, 2017
1.0 out of 5 stars
Deep Fried Hot Mess
Verified purchase
This is a deep fried, hot mess of a film. When the producers tested Zoe's make-up, they should have gone back to the drawing board right there. I'm sorry I wasted my time on this one. What a waste of money and talent.

Suzanne SousanReviewed in the United States on March 22, 2017
3.0 out of 5 stars
Pass on this Nina Simone
Verified purchase
I understand why the surviving family of Nina Simone may have objected to this portrayal of the fabulously talented, but troubled Nia Simone. In all fairness to the the actress, I cannot think of a single actress or singer today who could portray Nina Simone. Nina Simone's voice was too distinctive for anyone to copy, and her piano playing was also too passionate for anyone other than a great pianist to imitate her style. The movie was unsatisfying in leaving out large gaps of Nina Simone's life. However, the actor David Oyelowo, did a wonderful job playing the supportive friend and eventual manager of Nina Simone, in spite of the ordeals he faced dealing with his friend's difficult behavior and mental illness.
10 people found this helpful
See all reviews
Back to top
Get to Know Us
Make Money with Us
Amazon Payment Products
Let Us Help You
EnglishChoose a language for shopping. United StatesChoose a country/region for shopping.
© 1996-2022, Amazon.com, Inc. or its affiliates