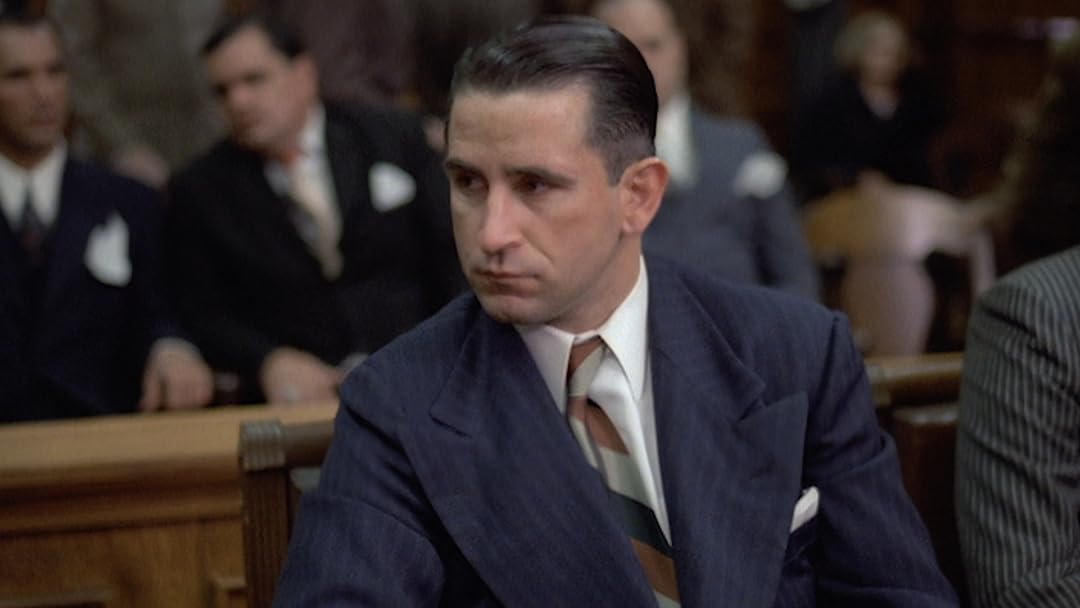 (27)
6.01 h 37 min1988PG-13
After Al Capone was sent to prison for tax evasion, Francesco Nitto took the Chicago Outfit to new heights, gaining control over labor unions and using his influence to extort employers. A proud Italian, Nitti refused to bow to the stigma that surrounded Italian Americans at the time, exerting himself proudly and powerfully instead of attempting to adapt to the contemporary zeitgeist.

Rachel WonReviewed in the United States on December 13, 2020
5.0 out of 5 stars
Nitto's Question: If Answered Correctly, He May Have Lived to Do Time
Verified purchase
Every Christ follower remembers what Christ said, that we will be hated because of His name, but we can rejoice because like His, our reward is great with the Father and with Him, the Judge.

All that reading, and the words of Jesus didn't stick, for priest and murderer alike.

Faith without knowledge is just as changeable as faith with only emotion. Everyone who knows who Christ is by name really is forced to be for or against Him, and this film helps paint a picture of that. And if for, then nothing less than all for; if against, nothing less than dead - first and second death.

Gut punches of faith throughout. If Nitto really said these things, he understood things; and whether he lost faith and vision in the end or not, his place and timing of death say much about this man who abused his gifts (perhaps of prophesy, wisdom) and lost (more than just) the race.

endsngReviewed in the United States on March 1, 2020
4.0 out of 5 stars
Better than I expected. Not factually accurate.
Verified purchase
I wasn't expecting too much when I put this on, but I found it to be a pretty decent film. I have read all the classic biographies about Al Capone, from Tobler to Kohler. They led me to believe that Nitti, the Enforcer, wasn't in 'the muscle end of the business', (sorry, I know it's no Godfather, but they do have the Solazo character from that film in this flick). But he was portrayed as the gun man in 'The Untouchables', so I guess it's become folklore. I just got mixed info between the more than two books I have read about Capone, and both of these films.

HedgiemomReviewed in the United States on February 18, 2019
4.0 out of 5 stars
Good movie
Verified purchase
This was well acted; I did not know about Nitti's having a family life. Like most people, he had a good side & a bad side. The scene where he visited the dying Al Capone was touching. It followed what I knew well, even if some names were changed. Worth watching.
One person found this helpful

Kindle CustomerReviewed in the United States on October 31, 2020
5.0 out of 5 stars
Good movie
Verified purchase
Great cast...good movie if you like mono view, which I do!!!

PaulReviewed in the United States on May 26, 2020
1.0 out of 5 stars
a
Verified purchase
a
One person found this helpful

Amazon CustomerReviewed in the United States on October 14, 2019
1.0 out of 5 stars
worst gangster movie ever
Verified purchase
the al capone was the worst. don't waste your time with this.
One person found this helpful

GusrpReviewed in the United States on July 10, 2021
2.0 out of 5 stars
Poor acting and cheap.
Verified purchase
Poor acting and cheap.
See all reviews
Back to top
Get to Know Us
Make Money with Us
Amazon Payment Products
Let Us Help You
EnglishChoose a language for shopping. United StatesChoose a country/region for shopping.
© 1996-2021, Amazon.com, Inc. or its affiliates