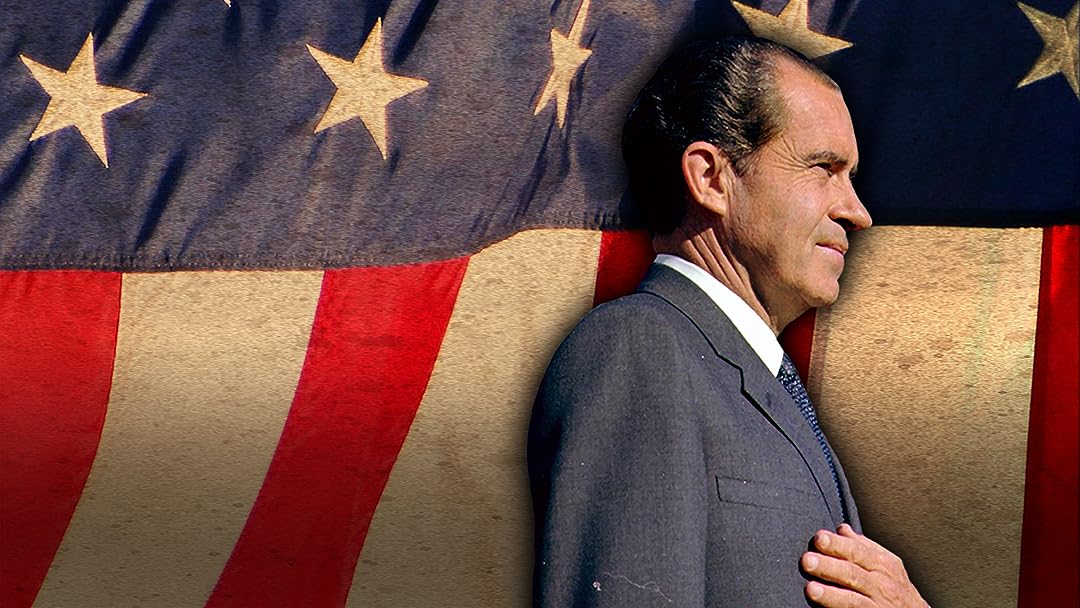 Nixon in the Den

(25)
7.250min2015PG-13
David Reynolds takes a fresh look at the controversial career and presidency of Richard Nixon. Reynolds argues that Nixon was genuinely successful as an international statesman, notably his opening to China engineered by Secretary of State Henry Kissinger. Behind the scenes, Nixon's diplomacy was a story of intrigue and rivalry. It was both influenced and interrupted by the scandals of Watergate.

Kindle userReviewed in the United States on August 21, 2020
5.0 out of 5 stars
Nixon and Kissinger: how policy is made and carried out behind the scenes
Verified purchase
The short documentary presents Nixon, the complex, introverted, and motivated man, and how he maneuvered during the troubled 60s and early seventies to mold global relations so as to achieve greatness. The overview of his personal and political background is presented, as it is relevant to Nixon's climb to the heights, as well as his descent into failure. The interplay for acclamation between him and Kissinger is especially interesting, and the whole saga is a sober reminder that people, like us, pursue great accomplishment with foibles and weaknesses, as well as inspiration, often with little consideration for those who are affected by their choices.

Those who are in thrall tosome sort of tribal ideology needn't watch -- knowing it all, there is nothing here for such people to learn. Not mentioned, but well worth considering, is how the American people of 50 years ago were repulsed by the ugly dishonesty and the shameless power grabbing Nixon is shown to have exhibited in his efforts to escape his demise. Would a majority sharply disapprove of such goings-on today?

I have seen most, if not all, of David Reynolds's documentaries, and like the rest, Reynolds researches his subject well and his presentations are quite thought-provoking. I don't always agree with every one of his conclusions, but in this documentary, what he presents is exactly as I recall the events of Nixon's downfall, and the conclusions he draws are spot-on.

This documentary packs a lot of facts into a short time, and if you're interested in traditional facts (rather than the "alternative" ones so commonly bantered about today) then watch this -- I highly recommend it.

Amazon CustomerReviewed in the United States on June 26, 2020
1.0 out of 5 stars
Woefully Miserable Production
Verified purchase
Another sensational tabloid smear by another Brit who thinks his accent makes him an authority. Very little fact, deplorable acting - including the host's "pensive" facade. This is not a documentary...it is a mockumentary...not of the former president, but of the United States. Even people who hated Nixon will hate this production.
2 people found this helpful

LohengrinReviewed in the United States on September 13, 2020
4.0 out of 5 stars
Informative, melodramatic, hyperbolic.
Verified purchase
But, that seems to be the style these days.

Chess JuristReviewed in the United States on May 12, 2016
5.0 out of 5 stars
Brilliant. Neither mean spirited nor apologetic
Verified purchase
Brilliant.

Neither mean spirited nor apologetic.
3 people found this helpful

JoyReviewed in the United States on September 26, 2021
5.0 out of 5 stars
Pretty much the same stuff we all know, but...
Verified purchase
Not much new info here, but contained a few video clips of him that I had never seen until this...

david singletaryReviewed in the United States on August 8, 2017
1.0 out of 5 stars
limys are goofy and souless ----queen Bess did molest Canadian kids as did her prince
Verified purchase
I didn't like that limy dufus host... Why are the Brits so obsessed with Nixon?
See all reviews
Back to top
Get to Know Us
Make Money with Us
Amazon Payment Products
Let Us Help You
EnglishChoose a language for shopping. United StatesChoose a country/region for shopping.
© 1996-2022, Amazon.com, Inc. or its affiliates