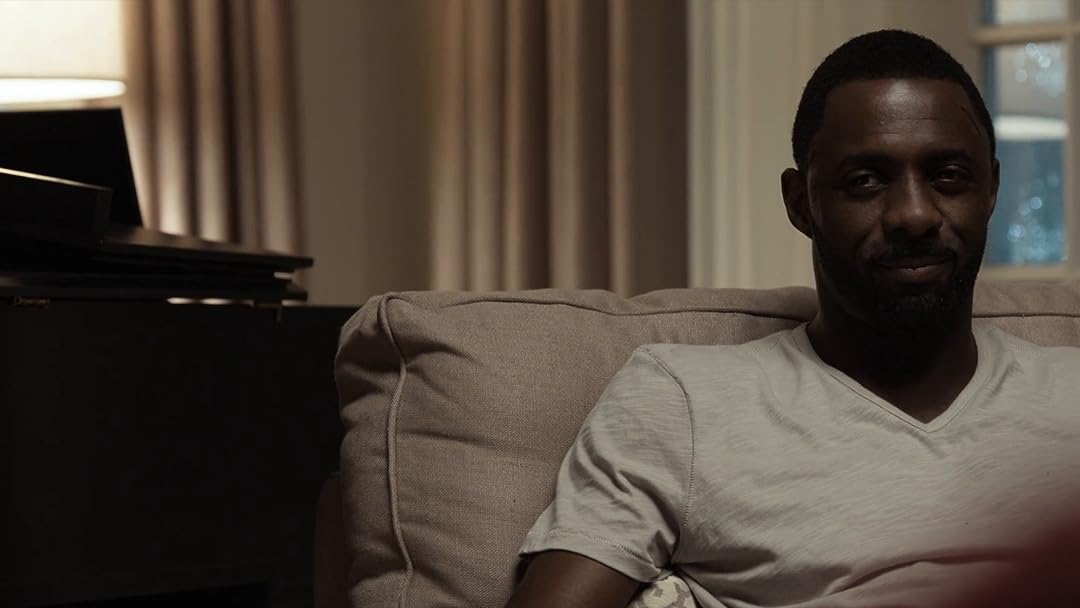 R. WhiteReviewed in the United States on August 14, 2019
5.0 out of 5 stars
The critics completely missed this one
Verified purchase
Why did so many critics claim that this movie was a mid-level formula chase-and-scare? Although it may look like that's what it will be during the first 5 minutes, there are surprises, shifts, changes, and developments that are (to copy Kindle's favorite word) "gripping." The acting is superb, especially Taraji P. Henson. Seriously, if this movie had been released theatrically with all the high-level promotion and buzz that pumped-up studio blockbusters get, her performance would be a serious contender for an Oscar nomination.
15 people found this helpful
Report abuse

BrandonReviewed in the United States on February 2, 2021
5.0 out of 5 stars
A real scenario that could happen to all...
Verified purchase
2 stories unfold briefly before being intertwined for the remainder of the film. 1 is of a convict man, Colin, who's sentenced to 15 years but escapes and is rampant on revenge against his ex girlfriend. 1 is of a mother, Terry, who has a sweet beautiful daughter and a rocky relationship with her husband as of late which doesn't help that he has to go away to visit family for a few days. While her husband is away, Terry takes care of her daughter on a dark and stormy night when Colin stumbles upon her home as his car breaks down. Initially just wanting a phone call for a ride... he soon changes plans when Terry shows too much hospitality. A rather simple concept that works really well as it could happen to anyone which made me love the film. The film doesn't have 1 location though as surprisingly it takes a turn towards the end as they travel to Colins house as Terry finds out a rather well set up plot twist. People mostly disliked the film for either the trailer/predicting the ending but I think these films serve a rather good lesson on the dangers of showing too much hospitality towards anyone. Aside from its plot twist, cinematography, and music, nothing else really stands out from the film. The actors and story were good but could've been better if it were a longer film. I'd personally give it a 7/10.

Moving on to video quality, being released in 2014 this 7 year old film looks amazing on blu-ray. The film is mastered in 4k but remains a 1080p source meaning that it has no HDR/dolby vision support unlike actual 4k discs. I believe my tv was able to support an HDR source of the movie but if you have a lower end 4k tv/blu ray player then it may not work the same. Dark levels are really good as it never appeared gray unlike some other dvds/blu-rays. Reds, whites, and blues are particularly the best as the cop lights vividly reflected off of surfaces and the white lights in the beginning were strong and bright.

Sound quality is a lossless DTS 5.1 mix that sounds really good. From the sound of rain and thunder being heard off in the distance, to the telephone sounding off from the sides, the sound quality is very clean and understandable from beginning to end.

TillyReviewed in the United States on October 24, 2020
5.0 out of 5 stars
From an attorney to a killer of self defense
Verified purchase
This movie captured a woman who opened her doors to help a man who needed help because his car broke down in pouring rain. She took care of him - patched up his bruises from the car accident, gave him clean dry clothes, and gave him a comfortable place to stay while he waits for his ride. Who would have thought such kind gesture would turned her life upside down... all because of ... the twist in the movie - wow! I didn't expect that. I love that Taraji is strong and a fighter, and doesn't settle just because it's convenient. This movie captured a successful mother who is loving and caring, and yet, when someone tries to do harm to her and her family, she would fight ... fight back hard. I have seen several movies of hers. She is one of the best actresses - she plays various role so well. Such a talented and beautiful lady.
4 people found this helpful
Report abuse

Tertia HoleyfieldReviewed in the United States on June 12, 2019
3.0 out of 5 stars
First of all...
Verified purchase
The movie was good, had she not invited a stranger into her house, then there wouldn't have been a movie. That part was unbelievable. If there is a strange man standing at my doorstep asking to come into my house, and he is not a service person with a pre-arranged appointment, there is no way in hell he is getting past the threshold.
12 people found this helpful
Report abuse

Granny73Reviewed in the United States on October 14, 2019
4.0 out of 5 stars
NEVER LET ANYONE YOU DON'T KNOW IN YOUR HOME, EVEN IF THE WEATHER IS BAD
Verified purchase
A nice housewife allows an excaped convict in her home when he has car trouble. It was stormy outside. He begins to terrorize her. Her husband is away on a business trip. There is an interesting twist in this movie at the end. The convict's girlfriend who didn't wait for him in jail is where he takes her and she sees he killed her. The ending is excellent and the movie keeps you interested and glued to your seat to find out what happens to this convict and her husband, too.
6 people found this helpful
Report abuse

Joshua QuerlReviewed in the United States on December 6, 2020
5.0 out of 5 stars
Fantastic, But Phony at the End
Verified purchase
This is a great movie that I had never heard of before purchasing it. I'm glad that I took the chance, as it was well made with a twist at the end. During the scene with the police officer, I thought that it was going to become extremely unrealistic, but the cop did end up acting like a normal person, which ended in disaster for him. However, at the very end of the movie it shows the best friend helping move. This seemed a little too far fetched for me. I would highly recommend this movie.

Peerless OneReviewed in the United States on August 3, 2020
5.0 out of 5 stars
Idris and Taraji and great acting duo
Verified purchase
I loved him in this movie! Something about him in this character being a scorned victim really helped me see the versatility he has as an actress. Taraji also did a nice job. While the setting was mainly in two locations, there was enough depth to the houses and key clues that helped bring this movie together. The storyline seems a bit common though the climax gave a great twist. I would have liked to see the ending show the development of what happened with these two main characters and how their paths would have crossed again at another point.
Report abuse

PearliReviewed in the United States on October 16, 2016
5.0 out of 5 stars
Good thriller
Verified purchase
This movie was extremely suspenseful. Although I did not favor seeing Idris Elba in a bad role, he did NOT disappointed. Also was not a fan of that horrendous wig on Taraji's head for a majority of the movie. Seriously though....who is THAT NAIVE with a stranger and they have 2 kids, I don't know ANY mother that would have allowed access to her home, but.........it's a movie.
12 people found this helpful
Report abuse
See all reviews
Back to top
Get to Know Us
Make Money with Us
Amazon Payment Products
Let Us Help You
EnglishChoose a language for shopping. United StatesChoose a country/region for shopping.
© 1996-2021, Amazon.com, Inc. or its affiliates