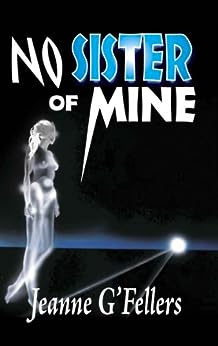 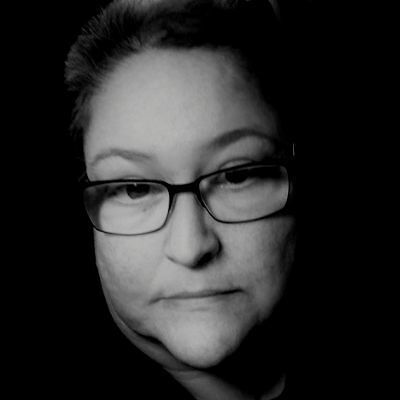 No Sister of Mine Kindle Edition

by Jeanne G'Fellers (Author) Format: Kindle Edition
See all formats and editions
Sorry, there was a problem loading this page. Try again.
LaRenna Belsas had always dreamed of the Kimshee life-style. These silent serving sisters of the Taelach military were known as much for their reckless mannerisms as they were honored for the dangers they faced bringing Taelach daughters to their raisers. LaRenna looked forward to taking her place among them, even though it meant an apprenticeship under an experienced Kimshee. Or would it?

"No Sister of Mine" is the first entry in a series of lesbian Science Fiction novels set in a world where humans are nothing more than a genetic trace. But that trace has left its mark-- namely a race of telepathic women who must fight to coexist with a patriarchal humanoid society who wishes nothing more than the eradication of its "white witch" cousins.

3.9 out of 5 stars
3.9 out of 5
8 global ratings
How are ratings calculated?
To calculate the overall star rating and percentage breakdown by star, we don’t use a simple average. Instead, our system considers things like how recent a review is and if the reviewer bought the item on Amazon. It also analyzes reviews to verify trustworthiness.
Top reviews

SS
5.0 out of 5 stars Five Stars
Reviewed in the United States on February 24, 2016
Verified Purchase
I love this book. The story of unconditional love makes for a beautiful love story.
Read more
Helpful
Report abuse

wildlx
1.0 out of 5 stars A book to avoid
Reviewed in the United States on August 2, 2008
In the prologue of "No Sister Of Mine" we are introduced to the two main societies involved in the book. There is a humanoid species called Autlach, in a solar system previous colonized by humans with whom they have interbred. They have a religious and patriarchal society where females are taught subservience from birth. According to their religion sins were evidenced by the birth of an albino child. The interbreeding with humans resulted in the appearance of 'pale, blue-eyed, sterile and telepathic' daughters, Taelachs, which in the past have been persecuted as witches. However, Taelachs rediscovered human technology and are now more powerful than the Autlach which are regarded by them as inferior. This, in spite of Taelach being children that are removed at birth from their Autlach parents. An invasion by the Iralians, a reptile Autlach/Taelach eating species, has made the Taelach and Autlach uncomfortable allies.
My first issue with the book started with a phrase on page 2 of the prologue: 'In that generation, a recessive human gene made itself known, producing a mutation when present in both parents'. I detest when people don't make the effort to write the science right. Unfortunately, this small issue was just a prelude for what would come afterwards. Regarding both the Autlach and Taelach societies, they are shown in a very superficial way which makes for the reader a difficult task in visualizing it. I found a lot of things incongruent. For instance, using scrolls in a society that is technologically advanced and has spaceships. The excuse used by the author regarding this use does not ring as plausible. Then, more important things. An initial description of both societies is given in the prologue and in the beginning of the story. However, the Autlach characters in the book are quite nice and certainly not what should be expected in a misogynist society. On the contrary, the Taelach, which we expect from the original description to be a more developed society, are a female/female copy of the male/female gender roles of the Autlach society originally described and they resort to violence against each other, including rape. G'Fellers seems to be advocating that a female only society will behave as a male/female society at its worse.
The plot is very simple, full of clichés and thus completely predictable. The story starts when a LaRenna, a young Taelach, following her graduation accepts a post as third Kimshee. Kimshees are the Taelachs which have as mission to interact with Autlach and discover when a new Taelach is being born. We have LaRenna's commanding officer, Krell who almost immediately discovers that LaRenna is "The One". She has telepathic powers as never seen before. But, most importantly, LaRenna, unlike all those sterile Taelachs, is a "true female" (It can be easily guessed where this will take the plot...). Also, Krell and LaRenna fall in love at first telepathic interaction. Of course, predictably, Krell has commitment issues, so the book does not end there. Then, we have the two rogue evil Taelach, who have escaped from prison and are making a deal with an Iralian. They have been localized and Krell sends LaRenna undercover as an Autlach to confirm they are at the place where they already know they are. LaRenna gets caught by the evil ones on the next day, but her special telepathy is not useful at this point because it is still too soon to finish the book. Actually, until the end of the book, her telepathy only functions as needed to prolong the plot. Of course there is even some deus ex-machina situation where "The One" discovers she has extra powers when everything seemed lost for her. Also worth mentioning are the two-dimensional characters and the terrible dialogues: an accumulation of clichéd phrases. A book to avoid.

Sandra Barret
5.0 out of 5 stars Strong worldbuilding, good writing
Reviewed in the United States on July 21, 2006
G'Feller's first book, "No Sister of Mine", shines as a well-constructed SF book with a lesbian protagonist. The author does not let the romance aspect overshadow the thrill and adventure of an SF story, yet the romance is integral to the story. G'Fellers manages to create an intense love story beneath a thrilling tale of culture clash, terror, and revenge. Even the villian is fascinating and terrifying.

This is not a tale for the squeemish. Bad things happen in this tale, but it is by far one of the best in its genre and well-deserving of the 2006 Goldie award (SF category), finalist status for the Lambda Literary Foundation SF award, and nominated for a Gaylactic Spectrum Award.
Read more
2 people found this helpful
Helpful
Report abuse

Carolina Reader
5.0 out of 5 stars WOW!
Reviewed in the United States on May 6, 2005
"No Sister of Mine" is a gripping tale that takes you into an exciting world of women. It is a wonderful read...colorful, believeable characters whose lives take hold of you from the very beginning and lead you down a trail of excitement and victory. There are "bad guys" to hate and heroines to cheer. It has everything from the magic of science fiction to the wonder of a love story. Wonderful book!
Read more
3 people found this helpful
Helpful
Report abuse

Anna
5.0 out of 5 stars Great read even for those that don't normally read SciFi
Reviewed in the United States on May 22, 2005
I don't normally read science fiction but I found this "first" book exceptional. I would recommend this book to anyone who loves a fast paced story with fully realized characters. This story keeps your attention and has you wanting more. Can't wait to read the other books in the series.
Read more
2 people found this helpful
Helpful
Report abuse

Woman Sci-Fi Reader
5.0 out of 5 stars new author, great story, can't wait for more
Reviewed in the United States on May 7, 2005
Lesbian Science Fiction doesn't come around often, but Jeanne G'Fellers' first novel is well worth the wait. No Sister of Mine is a fast paced, edge-of-your-seat far-future romp that will leave the reader breathless and wanting more.
Read more
3 people found this helpful
Helpful
Report abuse
See all reviews
Back to top
Get to Know Us
Make Money with Us
Amazon Payment Products
Let Us Help You
EnglishChoose a language for shopping. United StatesChoose a country/region for shopping.
© 1996-2022, Amazon.com, Inc. or its affiliates