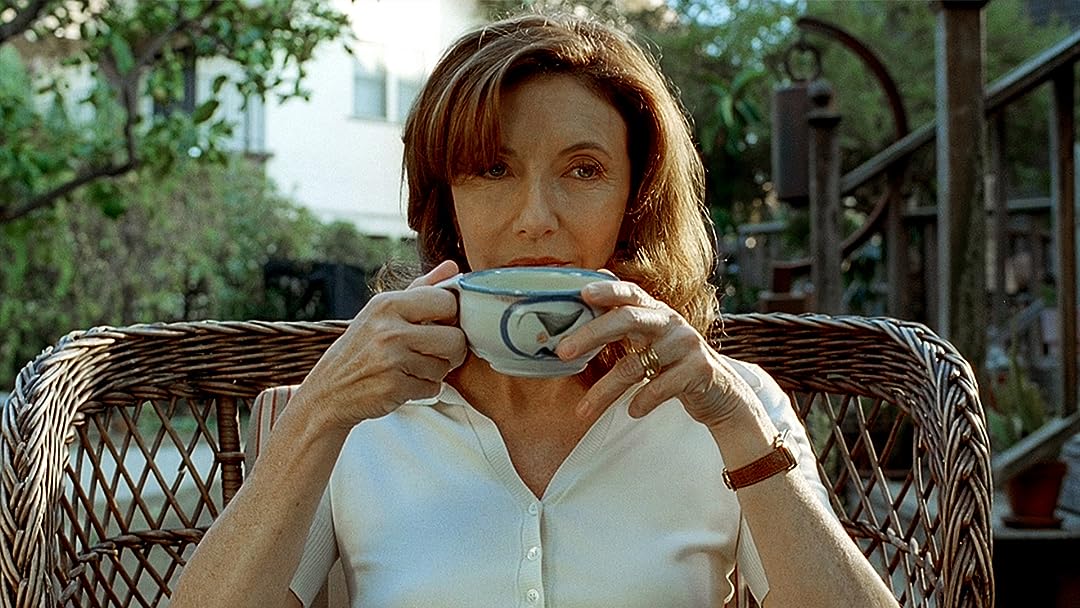 (143)
1 h 50 min2008R
On the eve of Barkley Michaelson's father receiving the Nobel Prize, Barkley is kidnapped and the requested ransom is the $2,000,000 in Nobel Prize money. When his father refuses to pay it starts a venomous tale of familial dysfunction, lust, betrayal and ultimately revenge.

Here KittyKittyReviewed in the United States on June 4, 2019
1.0 out of 5 stars
Did not make it past the intro
Verified purchase
Well....the music drove me nuts....the quote words of wisdom were stupid..example: It is more barbaric to eat a man alive than to eat him dead...stupid...when they were cutting peoples hands off and blood all over..then flash to something else...then back to the hand they were trying to tear off the rest of the way with their bare hands...all along quoting words of wisdom...I had enough , this is not the kind of (entertainment) I like..I would say this is a bloody disgusting film if this was just the intro...if it got better I don't care I don't want to see this mess. I would say and I am just guessing this is definitely not something I would let any child or teen watch.(sarcasm intended)
8 people found this helpful

S. FraleyReviewed in the United States on March 9, 2021
4.0 out of 5 stars
Amusing
Verified purchase
At first I was unimpressed with this film, however I decided to finish it so that I could check-off this movie from the list of Alan Rickman's films. As the plot developed I was pleasantly surprised at how amusing the story line was and how well everything wrapped up. Alan RIckman plays a fabulous "villian" as he has in quite a few roles and the supporting cast was great. Danny DeVeto was an added bonus. I'd watch this again.
3 people found this helpful

angiegereReviewed in the United States on January 19, 2012
5.0 out of 5 stars
"someone's going to shoot you long before i have to fire you!"
Verified purchase
lots of fun and twists that keep you enjoying every minute. only one quibble. it's the same one people consistently have. there is never enough alan rickman in any film! don't let this dissuade you from seeing this movie. he is the star, is on screen as much as anyone and his brilliance makes his character's ego the cause and effect of everything that occurs. every actor in this film is spot on. mary steenburgen is superb. danny devito, bill pullman, the two "sons", bryan greenberg and shawn hatosy are all perfect. there isn't a single weak link here. make no mistake rickman effortlessly rules every scene he's in. he always does. but the other actors are up to the task. in this funny, quirky film they are all truly terrific.
speaking to rickman's character, ted danson has a wonderful line "....someone's going to shoot you long before i have to fire you!". don't worry. he doesn't get shot. but, when the actor playing the "bad guy" makes you care about him, even like him!... really, how often can you say that? about alan rickman, always. no matter what his part. anyway, he's not the real villain in this story. just wonderfully despicable. at one point he tells ernie hudson "it's lonely at the top. you're lucky you're not a genius". you will agree that we viewers are very lucky that he is just that. see the movie. you'll be glad you did.
5 people found this helpful

errin spellingReviewed in the United States on April 7, 2019
5.0 out of 5 stars
Like JonBenet' Ramsey, the ransome requested was the father's pay
Verified purchase
This was a horror movie,that I would not have watched ,if I had known. You have to keep closing your eyes. If it wasn't then there was a lot of unnecessary rvil violence. You think the father is bad, but everyone in the movie is a psychopath, at the very least, a bunch of narcissists,who only care about themselves. Maybe the father wasn't so evil. He helped those who couldn't help themselves, but not his own children or child. You destroy society, when you do this.
One person found this helpful

Karen AndersonReviewed in the United States on February 7, 2016
4.0 out of 5 stars
Worth a second watch.
Verified purchase
If you can get past the opening titles, this is a great twisty, turny movie. Classic Rickman, in his deliciously repugnant role which he does so well, Mary Steenburgen is believable as a forensic psychologist. Danny Devito is wonderful as the OCD neighbor and you really do like him in spite of his quirks, or because of them. Bill Pullman really does need to lose that smirk he carries in every movie, though.

Unbelievable story line made completely believable by the tremendous acting and the twisted logic behind the crime.

There were clues and evidence which we knew but weren't completely explored. However, the ending makes you think that they must have been in order to come to conclusions.

Marie SharonReviewed in the United States on January 25, 2011
4.0 out of 5 stars
Another nasty Rickman character
Verified purchase
Alan Rickman is so fine when he creates his dysfunctional characterizations. This one is particulary unlovable, and perhaps edgy to a really uncomfortable degree. There is truly nothing redeeming in his professor. He uses people, treats them shabbily and moves on with no growth from one disastrous liaison to the next. That he gets his final comeuppance is a relief.

If you enjoy watching Rickman work, as I do, this is worthwhile. The story is painfully unrelieved for the most part--not exactly edifying, but Rickman always makes whatever piece he is in worthwhile, for me, at least. This is not a "fun" movie. It is the story of one of the most selfish of men and no one looks very good in it. Dark, and stultifyingly constrained. The "black comedy" is heavy-handed.

Steenburgen, Greenberg, and Hatosy gave fine performances--Hatosy coming up with licks that I hadn't seen from him before. And as a Wes alum, I like following Joss Whedon's work as well. There are many reasons for recommending this piece. Entertainment is not one of them. Art and technical work come closer to the mark.
3 people found this helpful

J. HillReviewed in the United States on June 14, 2017
1.0 out of 5 stars
Wow, this movie is BAD!
Verified purchase
How in the world did they swindle this many big name actors into such an awful, piece of junk movie?!! Good grief, I've sat through some bad movies before, but this was downright painful to watch. I gave up after 30 minutes, and put the DVD back in the case....permanently. Good thing I got it on sale. Still not worth half of what I paid for it.
6 people found this helpful
See all reviews
Back to top
Get to Know Us
Make Money with Us
Amazon Payment Products
Let Us Help You
EnglishChoose a language for shopping. United StatesChoose a country/region for shopping.
© 1996-2022, Amazon.com, Inc. or its affiliates