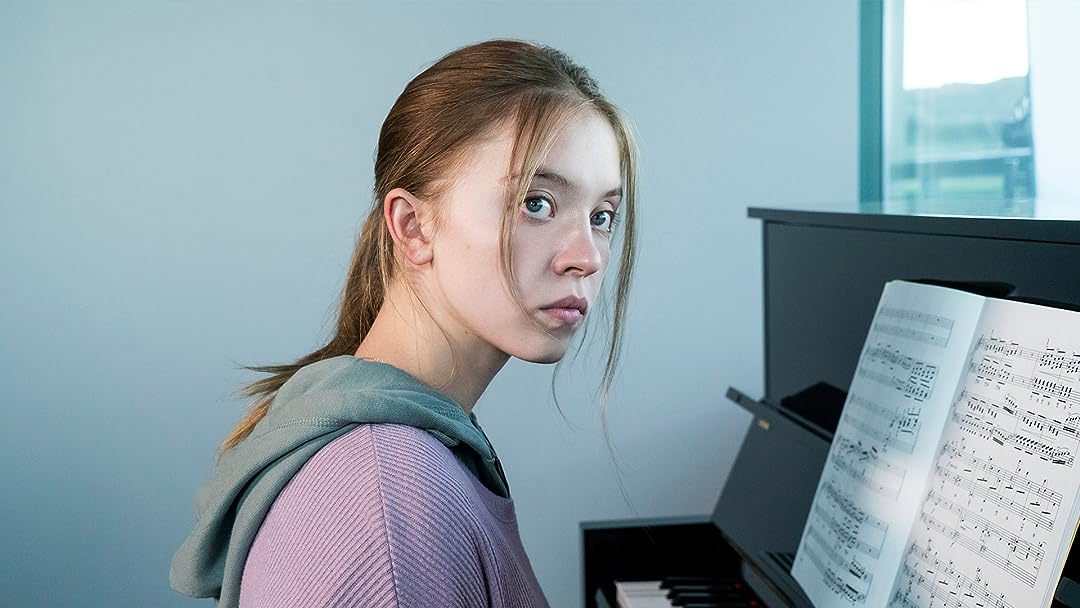 (357)5.71 h 30 min2020X-RayHDRUHD16+
Welcome to the Blumhouse! Inside the halls of an elite arts academy, a timid music student begins to outshine her more accomplished and outgoing twin sister when she discovers a mysterious notebook belonging to a recently deceased classmate.

K. A. T.Reviewed in the United States on October 14, 2020
1.0 out of 5 stars
What did I just watch?
Verified purchase
So ... I was watching this, waiting for the story to get started and thinking it was taking a very long time. Then I looked at the progress bar, and was shocked to see that the film was 75% over. I have no idea what this was supposed to be, but either the script was so underdeveloped or the film was so cut to bits in the editing suite (or perhaps both?) that they ended up with just scraps of a story. Do not waste your time.
74 people found this helpful

♡ Hope Pusher ♡Reviewed in the United States on October 14, 2020
5.0 out of 5 stars
Creative, Tense & Illuminating♡
Verified purchase
If you liked the movie Black Swan or the show Mr. Robot, you'll probably like this. It's extremely tense, taut and anxiety-provoking. The tone is sharp, just like a piano chord, and it makes you feel tilted all throughout. The production quality is excellent, it's extremely well made and creative, and Sydney Sweeney's subtle but troubled dramatic performance is impeccable. I love the director's perfectionist, artistic style, and visually, this is a masterpiece. I like piano but you really don't have to be a classical music fan to appreciate this creepy, mysterious gem. It's definitely worth the watch, especially if you're a creative type!
47 people found this helpful

RajivReviewed in the United States on October 19, 2020
4.0 out of 5 stars
Spoilers Ahead
Verified purchase
I think most ppl who rate this show as bad didn't understand the ending. she didn't die in the end, it was more like her soul died because she 'sold it' to the devil. it's not her physical dead body on the statue because there is no reaction from the numerous students walking past it. it's like her dead soul is invisible while her body is enjoying the success of being a star now. this may have been something the student who actually committed suicide wasn't able to achieve. anyway that's my interpretation. slow movie, and some parts could've been better developed.
44 people found this helpful

Nocturne is ok. It's slow-paced, and I don't mean that negatively. It's vibe-y and tense. There isn't a lot of explanation at any point. They keep things pretty vague with a slow build. It is quite well-acted. Some of the directing choices are interesting. Some of the plot points are pretty heavy-handed. Not really any twists that you don't see coming. Kind of spoiler alert: They don't really stick the landing. The ending doesn't really pay off in any particular way or drive any points home. It doesn't really resolve anything. 2 stars may be a little stingy. Maybe 3 would have been generous. 2.5

L.BenzReviewed in the United States on October 13, 2020
3.0 out of 5 stars
Must like Classical Music
Verified purchase
If you don't want to listen to classical piano for most of the movie this isn't the movie to see. Lots of music. Twins are very competitive esp. in regards to who is the better piano player. One went to Julliard, the other didn't. One had a relationship with her teacher and boyfriend, the other only had sex with the twins sister's boyfriend after they broke up. So the ending....needs explanation. I am not satisfied with the non ending thing. All stories have a beginning, middle and END. Not so with this movie.
Competition, twins, classical piano music and who knows what happened.
21 people found this helpful

iPurchaseReviewed in the United States on October 13, 2020
4.0 out of 5 stars
Great Pacing and Imagery
Verified purchase
Any horror or thriller afficianado will agree that timing and pacing are among the key elements to a film. Nocturne is roughly 90 minutes but the time feels entirely appropriate as we watch the drastic transformation in the central character.

The use of imagery is profound, but not tacky, as we see a gradual increase in severity throughout the film. Some of the imagery we may not even fully register as "imagery" until the end, but it all serves the set the atmosphere and mood of the film.

Well done and congratulations to everyone involved. For those of us who like non-slasher horror and artifact mysteries, this is a nice little surprise.
20 people found this helpful

ReviewerReviewed in the United States on October 14, 2020
1.0 out of 5 stars
BLUMHOUSE
Verified purchase
A.O. would be w.ise to part ways with BLUMHOUSE flcks. Each one is worse than the last.
20 people found this helpful

Avid readerReviewed in the United States on October 14, 2020
4.0 out of 5 stars
Competition, but not athletics
Verified purchase
The movie slowly grows on a person. At the start, we see Moira, an extremely talented student who suddenly throws herself off a balcony. Later, we are introduced to two twins, Vi and Julie, who are competitors at the same music academy, except Vi had been accepted to Julliard, and Julie has not. One is taken through the trip of anxiety, insecurity, uncertainly and rivalry of musicians. A competitiveness not unlike that of athletes, although fewer would have any exposure to those arts. When Moira’s locker is being cleaned out, her notebook falls to the floor, and Julie picks it up. It plays an important role in the movie. The students have to face a lot of hard truths, and for Julie, some of what she sees is real, and some is not. And that is woven nicely. The sacrifice of a musician is just as hard as for an athlete, but the recognition is far less. Unfortunately, this is not going to be a movie that will have wide appeal, and that is sad.
13 people found this helpful
See all reviews
Back to top
Get to Know Us
Make Money with Us
Amazon Payment Products
Let Us Help You
EnglishChoose a language for shopping. United StatesChoose a country/region for shopping.
© 1996-2021, Amazon.com, Inc. or its affiliates