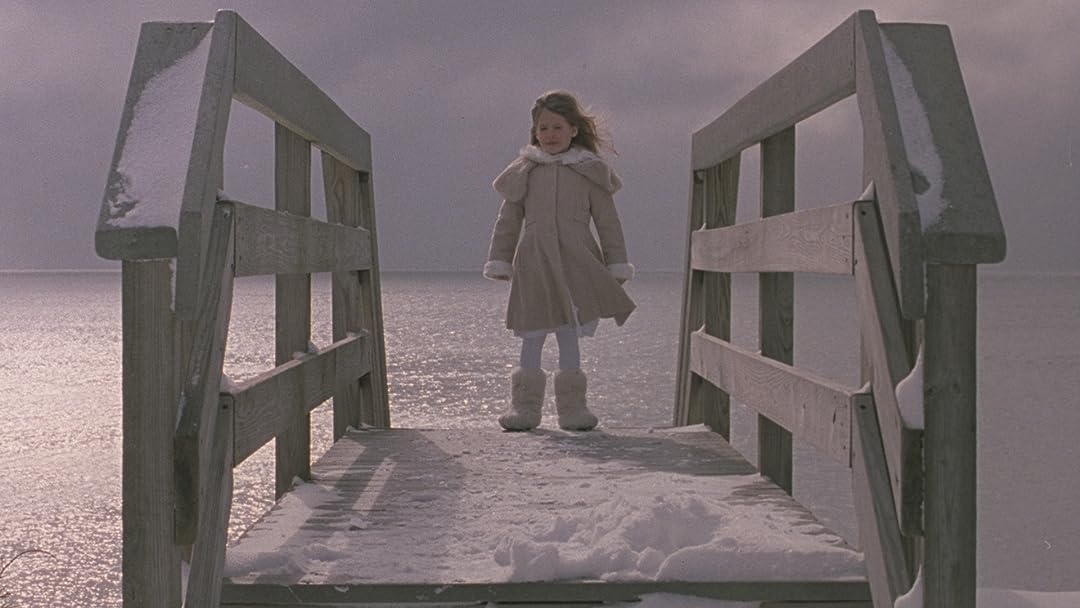 (352)
5.91 h 41 min2007X-RayPG
A priest arrives in a tiny fishing village the week before Christmas to shut down a languishing church, but carrying out his job is complicated when he is touched by the lives of the town?s eccentric characters and haunted by a mistake he made as a young man.

Kalilah BlackReviewed in the United States on November 23, 2019
1.0 out of 5 stars
Not
Verified purchase
I appreciate the effort of writer to deepen and understanding of Christmas for the viewer. Efforts like this hopefully can serve to make the Christmas message more real and vital for the average person. But it terms of the rendition I found myself wanting to turn it off multiple times. The characters were underdeveloped and the poor acting was unengaging. I understood the "idea" of Simeon's character, but could see none of that actually portrayed in his person. Same with Jon. And the love between those characters with the female lead, Marjorie, had no time to develop, so one could not empathize with the very deep human struggles both men were intended to portray. This movie scratches the surface of some profound issues, perhaps it seeks to deal with too many big issues for such a minor film, and, in my view, fails terribly in the underdeveloped presentation and poor acting. Also I think the Catholic Church was not correctly portrayed, both in the way it works, and in the details of the sacramental rituals. I found the "confession" thing a bit trivialized and ridiculous, and, as such reinforces inaccurate ideas about the Church that makes such rituals seem meaningless and stupid for people who do not know the Church experientially.
100 people found this helpful

Stanley1919Reviewed in the United States on November 22, 2019
5.0 out of 5 stars
Quirky and beautiful...watch this movie.
Verified purchase
This is an awesome movie. For Christmas time and otherwise, but I will be watching it every Christmas from now on. I thought it was just quirky at first, and it is quirky. Then it started taking these unusual turns in plot, and I fell in love with the characters. And then at the end, the last 10 minutes it touched my heart. It is a beautiful story about the reality of life, the twists of turns in life, of love and forgiving oneself. Highly recommend you watch it. Merry Christmas!
62 people found this helpful

Coast-LoverReviewed in the United States on December 6, 2019
5.0 out of 5 stars
Find it. Watch it.
Verified purchase
This Christmas movie is a real sleeper. The dialogue has hidden gems of hilarious word-play, the plot takes you where you never expect, and the acting is as good as any, with the bonus of several quirky characters in the small town of Cape Cod. A new addition to my list of must-watch Christmas movies. Find it. Watch it.
48 people found this helpful

GabeReviewed in the United States on November 21, 2019
2.0 out of 5 stars
The story isn't bad, but the acting feels wooden and monotone. Pulls me out of the film.
Verified purchase
Appropriate for our times, this is a tale of a parish in trouble and a faith that's difficult to maintain in the face of our imperfections as people. But as timely as the story is, the telling of the tale needs a deft touch and subtle actors to give this real life.

As it is, I struggled with the need to jump forward every time it felt like the actors were reading off cue cards. That's not to say that all of the acting was bad, but just one or two actors who are not at the same level as the rest of the cast can throw the performance off to where it just pulls you out of the story. That's when I stop listening to what the person is saying and just watch and listen to how they say it,... that makes everything start to feel painfully long.

SallyReviewed in the United States on January 16, 2019
5.0 out of 5 stars
Beautiful movie with important message.
Verified purchase
I watched this movie, borrowed from the town library, 6 times in 5 days. I just purchased it, after Christmas, as it's not just a Christmas movie. I love it because the important message in it applies to all of us. There are funny moments but it's not meant to be a comedy. The setting is Christmas in a small New England town by the sea. There are 2 priests with opposing viewpoints, both with problems, and how they effect the people living in the town. And, how the town people effect each other. For one reviewer, there isn't a cheating priest. It's a beautiful movie, both in setting, and how the message is woven into the movie. I highly recommend it!
32 people found this helpful

DaveReviewed in the United States on December 9, 2019
5.0 out of 5 stars
Heartwarming Christmas movie!
Verified purchase
Wonderful movie that keeps you contemplating where it will take you next. Started to turn off since I'm not into the Catholic Phony Institutional Religion scene but glad I continued watching. The theme really was about Christmas and all life's problem that can be overcome with faith, hope and charity. I must confess the end had me very emotional since I could relate with the issue of not having a baby. These problems are real and I went through a similar situation as a teenager with a girlfriend. I cried when the Priest went to the hospital Compelling story that has real life consequences from bad choices we make but a story with redemption and forgiveness and that what Christmas is really about. Highly suggest watching!
18 people found this helpful

Kindle CustomerReviewed in the United States on December 12, 2019
5.0 out of 5 stars
A new Christmas MUST watch!!
Verified purchase
Outstanding Christmas movie!! I don't usually review videos but this was stunningly good!! This is a must watch!! The whole thing is about finding your way and what that means. Well written lovely movie!! I sobbed for the last 10 minutes of the movie. The entire movie is excellent but I'm warning you, the kast 7 to 10 minutes, get the tissues!! UGLY crying!! Heartwarming, amazing, and just plain wonderful. And the actor portraying Johnathon Keene is a dead wringer for a young Robert Redford!! Just sayin'...
14 people found this helpful

LightHearted1Reviewed in the United States on December 8, 2019
2.0 out of 5 stars
2.5* Nontraditional Catholic Christmas Story
Verified purchase
For all that the lead is a Robert Redford look-alike, the acting wasn't top notch. It seems like a family endeavor to offer a different story for the working out of faith, life as it is, and some surprising challenges and revelations. What is the Spriit in us and how does it work? Quite through the human mess we are. I found myself moved at the end which I got to, and see why the filmmakers stuck with the project. It was worth the watch, just not top notch.
12 people found this helpful
See all reviews
Back to top
Get to Know Us
Make Money with Us
Amazon Payment Products
Let Us Help You
EnglishChoose a language for shopping. United StatesChoose a country/region for shopping.
© 1996-2021, Amazon.com, Inc. or its affiliates