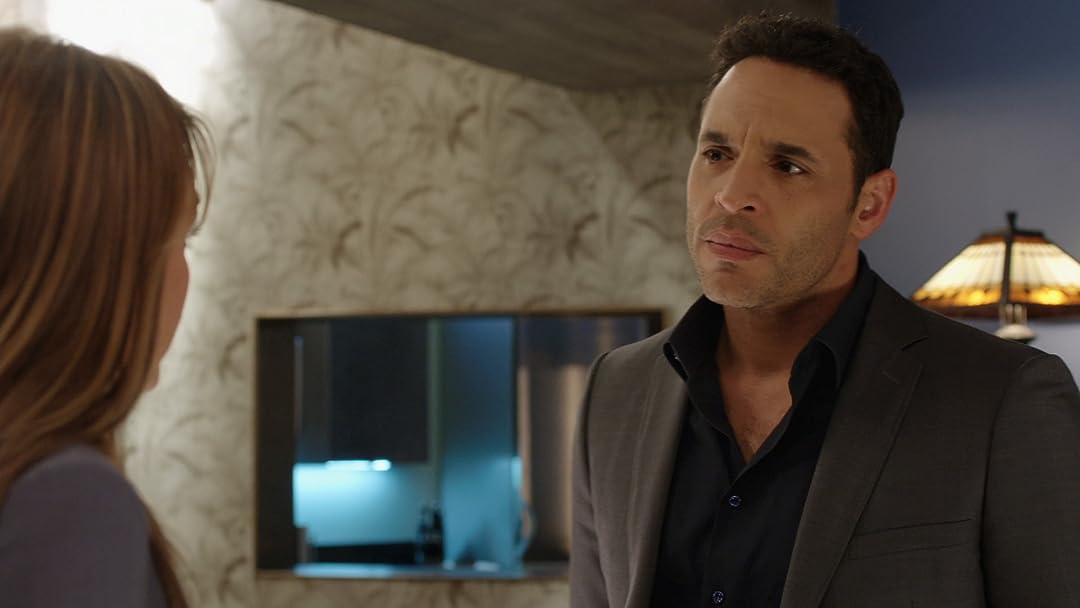 Season 1
(130)
6.62016TV-PG
“Notorious” centers on the symbiotic relationship between charismatic defense attorney Jake Gregorian (Daniel Sunjata) and powerhouse TV producer Julia George (Piper Perabo), as they attempt to control the media, the justice system and ultimately each other. Jake and Julia's relationship is inspired by the real-life friendship between famed criminal defense attorney Mark Geragos and award-winn...

Mercedes McveyReviewed in the United States on April 17, 2017
4.0 out of 5 stars
I like it enough that I bought the season
Verified purchase
Well I have to say I like it enough that I bought the season. It's not my favorite show, but it's something I can undwind to, and a soapy show with decent acting, that I don't have to pay too much attention to follow. It's a relaxing show to watch. I am not on the edge of my seat, but interested in it. Verdict is still out on whether or not I would buy another series though..It's not a supper expensive show, either.
One person found this helpful

Mtjj1979Reviewed in the United States on October 22, 2016
5.0 out of 5 stars
Great acting. Interesting and compelling plot
Verified purchase
Great acting. Interesting and compelling plot. Unique story line. I can see this show lasting a while. It exposes the contiversial side on the media while trying to balance their ethics and obligations as citizens. Highly recommend.
3 people found this helpful

s kozuckReviewed in the United States on October 30, 2016
5.0 out of 5 stars
Truly Different and Interesting
Verified purchase
I have always enjoyed Daniel Sunjata. Excellent actor. Finally a show that is very well done. Something different. Also Piper Perabo does an excellent job as Julia George. Kate Jennings Grant as Louise I truly enjoy. Finally a female anchor who reverses the tables. She excellent as an anchor and preys on men. Terrific! Adds a lightness to the drama.
One person found this helpful

JHBReviewed in the United States on September 27, 2017
5.0 out of 5 stars
Gone too soon
Verified purchase
Excellent series and I think it was pulled too soon. I would hope that Amazon prime might pick up this show Piper Perabo, Daniel Sunjata and the rest of the cast gave terrific performances. Ms. Perabo seemed a natural in her role. Kudoos to everyone except the station that pulled it too soon.
3 people found this helpful

michelle bratkovichReviewed in the United States on June 21, 2021
4.0 out of 5 stars
Okay
Verified purchase
It's okay thought it would be better

James ProspereReviewed in the United States on October 4, 2016
3.0 out of 5 stars
i like her but i
Verified purchase
its is ok, but its as if they are trying for more than they deliver....fast paced but tired story, no real intrigue..i like her but i watch but not my first choice at all

Joshua GlowzinskiReviewed in the United States on September 25, 2016
3.0 out of 5 stars
Interesting enough, to have me record the next episode.
Verified purchase
I read the story for this show. I really had not a clue as to what it would be like. I did wonder though, how will they make an entire series, based on the idea.

Well, then I watched the episode. There is a lot going on. A number of people, have things happening that effects the main story. As you watch, you slowly start to understand that this is a mystery.

Does that make sense? This is one of those shows, that you really have to make sure you follow every part of the story. Missing even one bit, will have you wondering what in the heck is going on, later in the story.

The acting is alright in this show. The story has me guessing now. I think this will be a show that either my mom, step dad and I can watch, or just my mom and I.

That being said, still, I have to wonder, how are they going to continue this story, over multiple seasons? To me, at most, two or three seasons can come from this, before they either run out of characters to be in the story or just run out of ways to have things evolve. Watch the episode and let me know what you think. As I said, I did set the second episode to record. I am iffy on this show though. Really, the part that made me want to check out the second episode, was something that happened at the very end. Only time will tell how far this one goes. I say it will be short lived. But, one can hope that there is enough time to finish the main story.