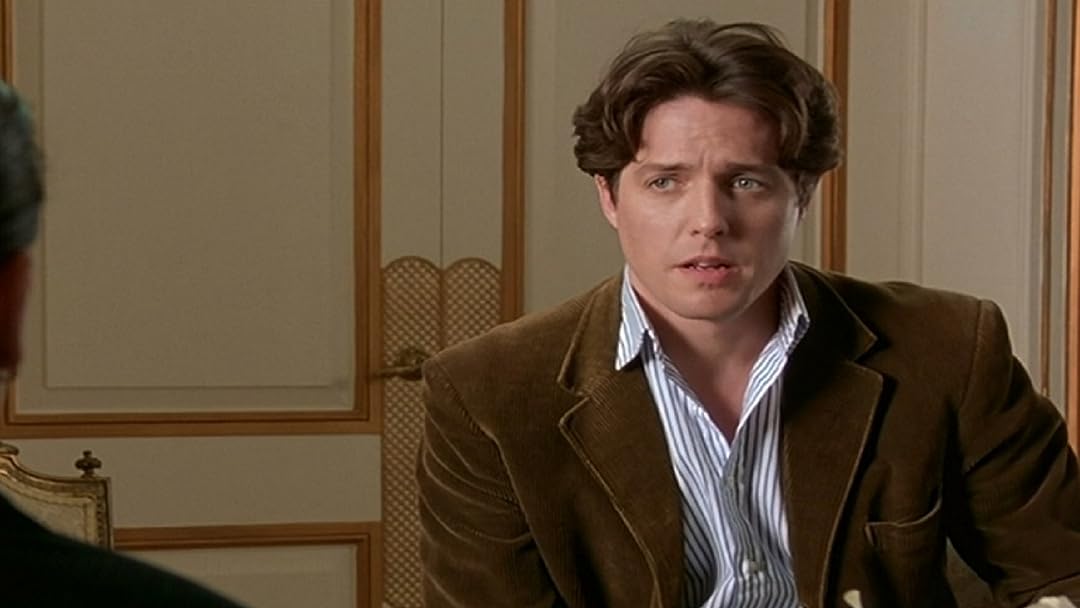 NYC212Reviewed in the United States on August 12, 2018
5.0 out of 5 stars
Classic 90s romcom without being predictable
Verified purchase
I haven't watched this in years - it's still fun and romantic and has stood the test of time well. Hugh Grant is at his most likable and everyone does a great acting job. Julia Roberts is great at balancing her character's vulnerability with narcissism born out of her profession. And if all else fails you get to see Lord Grantham, aka Hugh Bonneville, as one of Hugh Grant's friends!
24 people found this helpful

Dr. PaulReviewed in the United States on January 13, 2021
4.0 out of 5 stars
Such a love-hate relationship with this film
Verified purchase
I will never talk down a film - there is far too much work put in by writers, directors, actors, and many others - but some I like better than others, and in this case, I have a love-hate thing with Notting Hill.

I love England, the stars of the film - Julia and Hugh - and the supporting cast is as so many British films are - delightful, wild, and quirky characters. But the film... it’s charming, nice, sweet... and can drag at times.

So... Julia and Hugh are great. They bring themselves and their many talents. One thinks or wishes to think this is often 2 people playing themselves (and in the case of Robert’s character, a famous actress, it only bolsters the notion. But they add that touch of character that moves one beyond the realities of life. As they come and go from each other’s world and finally decide... you’ll see... it is nice story. That can at times get a little... slow.

The supporting characters are all a stitch (one drives me buts, but I deal). For those Downton fans, you’ll spot a young unknown (for American audiences) Hugh Bonneville). I love British films and TV for the amazingly interesting supporting characters they always have - and for the subtle, but brilliant acting outside and inside of those characters. This group is at an all time high of delightful.

The story is... nice. There are moments - like Julia telling off a table of not nice men - that you’ll laugh at and are great moments. There is the (supposed) inside look at life as a famous person. There are also nice moments between two people who just can’t open their mouths and be honest (like all Rom Coms). It is a charming film, great for date night, and it’s fun to throw in and play in the background (which I do often). I do like... and I’ll watch it again and again... which is why I got it when Amazon had a nice deal on it.

Jacob GoffReviewed in the United States on April 1, 2020
1.0 out of 5 stars
Nottimpressive Hill
Verified purchase
Here's my view as a man watching this movie. Anna Scott (Julia Roberts) is unfaithful in her relationships in order to have a romantic fling with William Thacker (Hugh Grant), a man with next to no backbone and nothing to offer aside from decent looks and a personality slightly more charming than hotel art. Throughout the film she walks all over him until he finally rejects her, only to have him chase her down in the end and nearly beg her to accept him back 5 minutes later. Now, I understand I'm not the intended audience and this movie is meant to appeal to women who just want a guy to follow them to the ends of the earth who's charming, handsome and infinitely understanding/forgiving. But to anyone outside of that target audience, this film is obviously shallow and borderline insulting. Even more insulting is the original music sung by Elvis Costello. Let's take, for instance, the track 'She'. It says "(she) may turn each day into a heaven or hell" and "may be my treasure or the price I have to pay" among other lines. The song ends with "the meaning of my life is she". Think about that. 'She' may be bipolar and there's a 50% chance she's going to make me absolutely miserable on a day-to-day basis, but she's still everything to me. Does that not sound like someone living with abuse trying to defend their warped, broken relationship? The only thing close to being that grotesque is Costello's performance. Pitchy, flacid and musically devoid, the original music really makes you wonder how in the world someone like that can have a career when so many extremely talented artists never get a chance. May this movie die like the pitch at the end of each musical phrase in this sad excuse for music.
6 people found this helpful

joel wingReviewed in the United States on July 11, 2020
4.0 out of 5 stars
Classic odd couple rom-com featuring the movie star & the book shop owner
Verified purchase
Notting Hill is a classic romantic comedy featuring Julia Roberts as movie star Anna Scott and book shop owner Will Thacker played by Hugh Grant. The story plays upon the odd couple theme with the rich and famous Anna falling for the common guy Will.

The story is told from Will’s perspective. He starts off by explaining his working to middle class neighborhood of Notting Hill. His bookstore that’s struggling to stay open. Then one day Anna Scott walked into his store. That leads to an unlikely romance which is what the entire movie is about. Of course there are ups and downs as well to add some drama.

The comedic moments are quite good. Will’s housemate is an idiot. One time he walks out in a scuba diving suit because he found it in Will’s closet and thought it looked good. Another time Will shows up to see Anna at her hotel and it turns out to be a presser for her new movie. He poses as a journalist from Horse & Hound magazine. As the two talk every time her agent walks in he has to ask her some inane question about horses and hounds. When they’re done Will is shuffled off to all the other cast members and has to interview them as well.

There were some cheesy parts but in the end the film had just the right mix of comedy and romance which is why it’s considered a classic.
C
5 people found this helpful

Matthew LawrenceReviewed in the United States on December 13, 2016
5.0 out of 5 stars
Comic perfection.
Verified purchase
I had forgotten what a perfect romantic comedy this film was until I saw it again recently. Sparkling with wit, every line is funny, unforgettable characters, great comic timing. Julia Roberts is at the height of her charm, beautiful and understated as she plays herself, basically- a world famous superstar who just wants to be a girl, loved by a boy; while Hugh Grant plays a man devastated by the unbearable pain of having fallen completely head over heels in love with an unattainable goddess who can destroy him by mere neglect. Superb cast, impeccable direction, and a sidekick character that will have you weeping with laughter.
19 people found this helpful

Mary VarnaReviewed in the United States on January 6, 2019
1.0 out of 5 stars
Really don't understand the fuss
Verified purchase
I only saw this movie recently but well remember the breathless fuss when it came out. I don't get it. What did I miss? Roberts' character was selfish and unlikable and Grant's completely lacked charisma. There was no spark between the characters let alone a basis for love and an enduring relationship. There were barely any amusing moments. Were it not for the late, utterly great Emma Chambers, we would have stopped watching. The whole thing was dull and plodding. Perhaps this simply hasn't stood the test of time.
9 people found this helpful

Ashley RomeroReviewed in the United States on June 30, 2021
1.0 out of 5 stars
Bored
Verified purchase
Had heard so much about this movie. And I was genuinely excited, I love both Julia and Hugh. But this movie wasn’t great. It was not terrible but it wasn’t great. The acting was phenomenal, considering what they were given. I feel like the writing just want there, and the directing wasn’t great. I feel like I only finished it just to finish it, it literally took me two days to watch, but I finished it. Enjoy it, but maybe watch something else?
2 people found this helpful

AmadeusReviewed in the United States on January 18, 2021
4.0 out of 5 stars
Amazing video but the Prime Video stream has out of sync audio
Verified purchase
Great to watch this movie again all these years later. They don't make them like they used to, that's for sure. Be warned that the Prime Video stream's audio is out of sync. The words don't align with the actors' mouths and it is distracting. You may want to turn on subtitles. Also, in the phone conversation where Anna tells Thacker that he played it really cool is completely inaudible on her end. Not sure what happened with the transfer of this movie, but it's a disappointment to watch it like this on Prime. Definitely do not buy the movie from Prime, or you'll be stuck with the crappy audio forever.
One person found this helpful
See all reviews
Back to top
Get to Know Us
Make Money with Us
Amazon Payment Products
Let Us Help You
EnglishChoose a language for shopping. United StatesChoose a country/region for shopping.
© 1996-2022, Amazon.com, Inc. or its affiliates