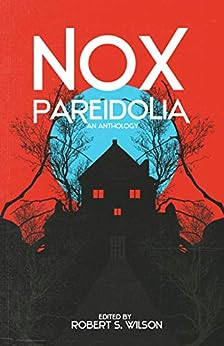 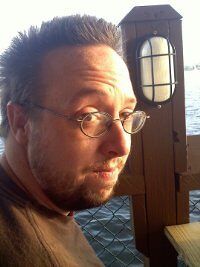 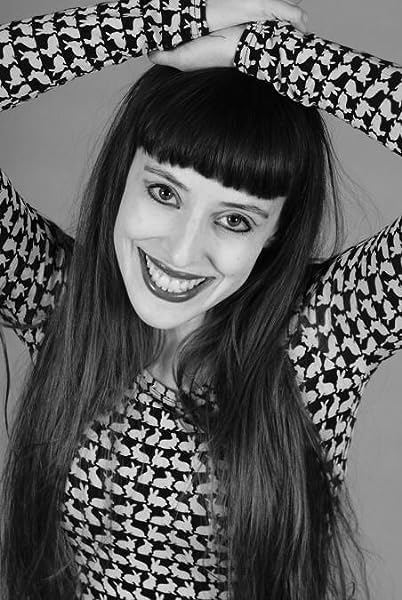 4.0 out of 5 stars
4 out of 5
52 global ratings
How are ratings calculated?
To calculate the overall star rating and percentage breakdown by star, we don’t use a simple average. Instead, our system considers things like how recent a review is and if the reviewer bought the item on Amazon. It also analyzes reviews to verify trustworthiness.
Top reviews

Logan Noble
5.0 out of 5 stars A Worthwhile Glance Into Modern Weird Fiction
Reviewed in the United States on March 29, 2020
Verified Purchase
What do you look for in a horror anthology? Is it new names in the table of contents? Or is it the old masters that draw you in? Are you looking for remixes of well-loved tropes, or something completely new? Let me step up and help you out here: these are all good answers. We live in a time where we are inundated with stellar anthologies that have all these things and more. There are so many publishers to look at as shining examples: Word Horde, Undertow, and yes, Nightscape Press.

Nox Pareidolia was edited by Robert S. Wilson and released (fittingly) on Halloween 2019. The first thing I noticed as I started into this for review, was the art. There is the cover to start us off, courtesy of Don Noble, and then all of the interior illustrations by Luke Spooner. The art is as breath-taking and vital as every story in the TOC. Each one gets a piece, and each is a fitting accompaniment.

The product summary describes Nox Pareidolia as ‘a new vision of weird and horrific ambiguity’. That’s unbelievably accurate. Non-themed horror anthologies live and die by their variety, and Nox Pareidolia lives up to its ambiguous promise. Weird fiction appears in all of it’s forms here: surreal (“Hello” by Michael Wehunt), achingly modern (“When the Nightingale Devours the Stars” by Gwendoyln Kiste, “Watch Me Burn with the Light of Ghosts” by Paul Jessup), and the classically strange (“The Many Rooms of Agatha Tate” by Wendy Nikel). There is a lot of content here, and a little something for all fans of weird fiction in 2020.

The only issue I have is that some of the stories don’t have enough room to breathe. Stories like these thrive in the ambiguity, but I often found myself sad when a story would abruptly end in the middle of the story’s apparent climax. This wasn’t a deal breaker, but something I took note of us I worked my way from story to story.

If you want a whirlwind glance into modern weird fiction, Nox Pareidolia is the book for you. Every flavor of strange and eerie can be found within, crafted by some of the best folks in the ‘biz. At a page shy of 600 pages, Nox Pareidolia is worth every penny.
Read more
9 people found this helpful
Helpful
Report abuse

Cat Voleur
5.0 out of 5 stars Abstract, Beautiful, Haunting.
Reviewed in the United States on March 30, 2020
Verified Purchase
I've been working my way through a lot of ebooks lately, and this one took me a couple sittings. A lot of the horror stories featured in this collection were of an abstract nature, there were a lot of big concepts for such a short anthology.

These are the sort of scares that should be savored.

My favorite (no surprise!) was "When the Nightingale Devours the Stars" by Gwendolyn Kiste. She's one of my favorite writers and one of the big reasons I was interested in this collection, so I may be a little biased.

That being said, I really don't think there were any weak links in this title.
Read more
3 people found this helpful
Helpful
Report abuse

Angela
5.0 out of 5 stars A stunning collection of literary horror
Reviewed in the United States on August 15, 2020
Verified Purchase
An absolutely stunning collection of literary horror. This anthology blew me away. I generally shy away from anthologies because they can be so hit or miss. A single story in an anthology that I dislike can make me feel uninspired to keep on reading. Not the case for this one!

Every story here was quality, with several stand out selections. My favorites were the stories from Gwendolyn Kiste, S.P. Miskowski, Annie Neugebauer, and Kristi DeMeester.

If this collection has a theme, it’s “ambiguity.” These are stories that are going to make you think, and several deal with big concepts. A good handful of these stories will stay with me for a very long time. Highly recommend!
Read more
One person found this helpful
Helpful
Report abuse

William Merrill
VINE VOICE
4.0 out of 5 stars Some unique and intriguing weird fiction
Reviewed in the United States on August 23, 2021
Verified Purchase
I wasn’t familiar with most of the authors in this anthology, but they and the editor have made a standout collection of short stories. They were memorable enough that I looked up several of the writers’ other works (ex., S. P. Mitkowski), planning to read them soon. As “weird fiction” tends to do, the plots and story endings are often enigmatic—you’re not quite sure what is going on. Par for the course.
Read more
Helpful
Report abuse

Barry McCokinner
3.0 out of 5 stars Meh.
Reviewed in the United States on January 9, 2021
Verified Purchase
It was ok. I expected better based on other reviews. Ended up skipping a few stories after starting them Ned getting a few pages in-something I rarely do- but a few in here were decent. Nothing to get too excited about overall.
Read more
2 people found this helpful
Helpful
Report abuse

Jeffrey Beesler
5.0 out of 5 stars Great anthology!
Reviewed in the United States on March 6, 2020
Verified Purchase
This collection has a lot of awesome short stories. My favorite one is The Nightingale Devours the Stars, although every tale is a great part of this book. I look forward to reading more of these anthologies in the future.
Read more
Helpful
Report abuse

Jason Reads
4.0 out of 5 stars So many stories worth the price of admission
Reviewed in the United States on July 4, 2020
Verified Purchase
Wide range of stories which speak effectively to an experience of horror. It almost broke me though, the girth of the anthology. So many stories. Which is worth the price of admission but maybe overstayed the anthology’s power.
Read more
Helpful
Report abuse

Kindle Customer
4.0 out of 5 stars More like Nox ParaGREATia!
Reviewed in the United States on February 26, 2020
Verified Purchase
Solid collection by a great assortment of contemporary horror authors, both known and unknown. Really great presentation too, I love the illustrations that are included between stories. Touches like that which aren't often present in anthologies make this one stand apart.
Read more
Helpful
Report abuse
See all reviews

The detailed review of this book posted elsewhere under my name is too long to post here.
Above is its conclusion.
Read more
Report abuse
See all reviews