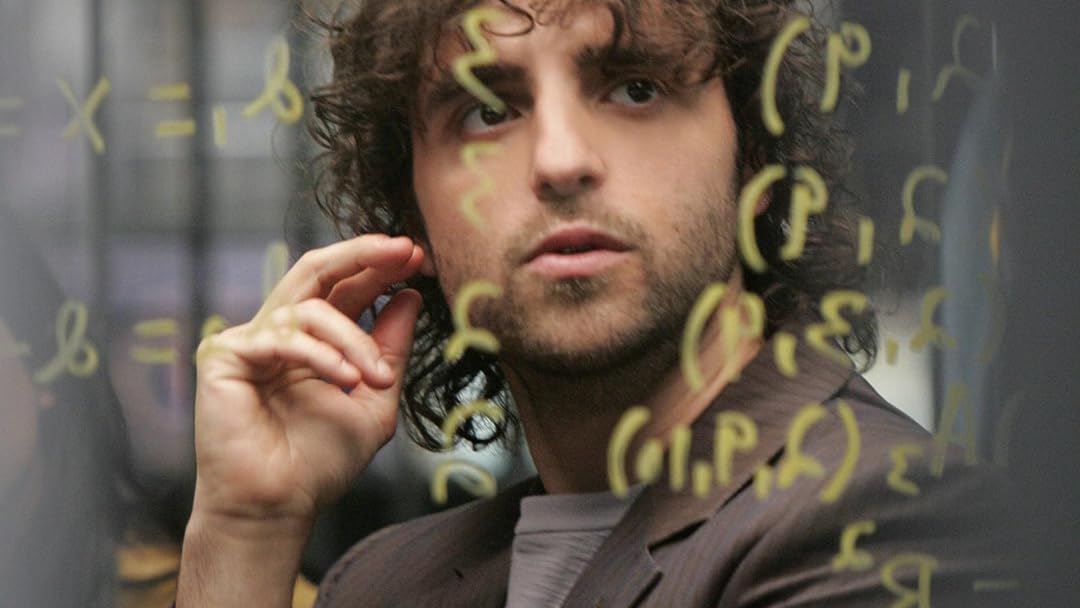 William StevensReviewed in the United States on March 1, 2022
4.0 out of 5 stars
It is a good enough show, good actors, but lots of inconsistencies
Verified purchase
The script is a little weak at times, some of the setups are a bit awkward, and the math, well, it's a TV show. Ignore the almost-always incorrect references to quantum mechanics and other math and physics mis-uses.

I like Judd Hirsch (Alex from Taxi) and Rob Morrow makes a good cop. The casting for little brother was a bit off, since the two actors have very different visages. If you ignore that, they work well together.

The main character (Charlie) consults for his brother at the FBI. The show is more of a cop show than an FBI show, but somehow the FBI is always involved, seemingly to direct the local cops. The script writers don't seem to have a clue about what the FBI does, or how municipal police work. But, again, ignore that and it is a good enough show.

Lastly, ignore the inconsistent personality traits of the characters. It would be nice if they had more consistent behavior, but maybe the budget doesn't allow for better writers. Still, it is a good show for relaxing a little and the actors are all good.

Anne Shops FrequentlyReviewed in the United States on April 13, 2015
5.0 out of 5 stars
In the context of murder mysteries, statistical analyses comes to life!
Verified purchase
I love this program, the interplay among the main characters, the strong female lead, and the underlying theme of using predictive mathematical strategies to narrow down the possible suspects in an investigation. While my mathematical knowledge is nowhere near the level used in this show, I do have some background in statistics, and the types of analysis with which I am familiar with are used appropriately within the context of this show. From now on I will have a renewed appreciation for ANOVA (analysis of variance) and multiple regression equations, thanks to this show. Kudus to the writers for integrating mathematical analysis into a crime drama, and for bringing this show to life. The actors are also great in bringing these episodes to life, and from taking an otherwise potentially boring approach to criminal analysis to life in an exciting way! I am enjoying a Numb3rs marathon viewing of my own, and while enjoying the episode I am viewing, I always look forward to the next episode. I am never disappointed.
14 people found this helpful

KajunmossReviewed in the United States on March 16, 2021
5.0 out of 5 stars
Darn good show
Verified purchase
I watched this show back when it was a weekly fixture. I enjoyed its approach to solving crimes. I got a bigger kick out of it than CSI. Maybe I am among the small group of people that feel that way. I also enjoyed the chemistry of the actors... Rob Morrow won me over when he played a big-city doctor practicing out of Nome, Alaska in Northern Exposure, and ever since, much of what he touches turns to gold.

music_mongerReviewed in the United States on February 20, 2015
5.0 out of 5 stars
Shows able to get me out of my own headspace are worth my viewing. RECOMMENDED
Verified purchase
A terrific series that has proven value, via the skills of the many involved (writers, actors and technicians) which allowed me to watch and re-watch. There are moments that reveal themselves all over again, or for the first time having missed it the first time around in broadcast. The first season as with many was an introduction of characters, their many relationships, and the plot grounding of all the characters within the unfolding episodes. This first season had only 13-eps, introduced mid-season, so it was short but captured our attention with writing that carried on for a total of 6-seasons before being cancelled by CBS. The show has its detractors, academic and otherwise, when it comes to the purported mathematics behind understanding the hidden patterns of the crimes committed and solution provided as result, but it is after all entertainment, much as are stories of science fiction and fantasy. The only requirement is to let go of your own reality and enjoy the craft presented in "Numb3rs". RECOMMENDED
11 people found this helpful

Jane MarpleReviewed in the United States on March 18, 2015
4.0 out of 5 stars
A Cut Above Most Crime TV
Verified purchase
This show has a new spin on crime/detective shows, the introduction of mathematics and logic (logic in the academic sense) to the solving of crime. This is a refreshing angle, and it's especially interesting that actual mathematical, logical, and physics theories and principles are mentioned and briefly explained. I'm sure I don't remember any of them after the show is over, but it's very interesting to hear them referred to and to see the practical applications; this elevates the script quite a bit. The actors are excellent--Judd Hirsch is always fine, and Peter MacNicol in a supporting role as a physics professor is charming and utterly believable. Anyone who has any interest in residential architecture will appreciate the scenes in the Emrick Arts and Crafts style home and the recurring outside setup shot. Altogether, this is thoroughly enjoyable, entertaining, and somewhat enlightening series--definitely a cut above most crime television!
10 people found this helpful

Eric MayforthReviewed in the United States on January 1, 2011
5.0 out of 5 stars
Criminals Can't Hide from Math
Verified purchase
In recent times, law enforcement agencies from local and state police departments all the way up to the FBI have been using mathematics to solve crimes and apprehend criminals. For five years on Friday nights, the CBS show "Numb3rs" helped show the general public how math is used in law enforcement.

"Numb3rs" is set in Los Angeles. FBI agent Don Eppes (Rob Morrow) encounters many crime cases that can be solved with the help of mathematics, and his brother Charlie (David Krumholtz) is a mathematician who provides the number know-how needed to nab the criminals. The 13 episodes comprising this first season of the series were originally broadcast in the first five months of 2005--some of the crimes that Don and Charlie team up to solve in the first season include kidnapping, murder, bank robbery, counterfeiting, sniper killings, and even a jail break.

This DVD set includes all 13 episodes and some bonus material concerning the development and casting of the series. There is one flaw on this set--on the second disc, if you attempt to play the "Counterfeit Reality" episode from the main menu, the wrong episode plays. The workaround to this conundrum is to use the Play All option and use the chapter fast-forward button on your remote--eventually you will hit the "Counterfeit Reality" episode and it will play successfully.

Morrow and Krumholtz play their roles perfectly, and the supporting cast is outstanding as well, including Judd Hirsch as Alan, the father of Don and Charlie. The characters are likable and have great chemistry in a low-key sort of way. "Numb3rs" is great television. I regretted that I never tuned into the series until last March 12 (which turned out to be the series finale!) but am glad that the series is available on DVD. Eventually, I plan to order and watch the other seasons of this gem.
8 people found this helpful

LittleSaraReviewed in the United States on September 17, 2015
4.0 out of 5 stars
If only Charlie would get a haircut....
Verified purchase
Since I was one of those kids who thought that studying anything more than basic arithmetic was a waste of my valuable kid time, because I could not imagine actually having a need to use it in real life, stories such as those told in Numb3rs' first season are a reasonably convincing way to illustrate how math is used in unexpected ways to solve common problems. Pretty well written. The cast and character relationships are good. Dr. Larry Fleinhardt is often just priceless. I can't give this series 5 stars because of Tony Scott's high-pressure techniques, which can be a little annoying if you just want to concentrate on solving the case, and because some of the plots are not quite as believable as I wish they were. Overall, it's a good watch, and, as is usually the case, season 1 is the best.
5 people found this helpful

RWReviewed in the United States on September 21, 2010
5.0 out of 5 stars
My Days are Numb3red!!
Verified purchase
This is a series that teaches with heart. It is not the average shoot em up crime show, rather it is a show about relationships. The focused relationship is between a brainy Math whiz professor, his FBI agent older brother and their widowed father. However, the people in their lives at Cal Sci and FBI are woven into the story in a warm and encouraging way. They come across likeable and very relateable. That is all appropo since Charlie, the Math Whiz, explains each episode how math relates to everyone and everything while helping his brother to solve cases using algorhythms and equations that explore the details of the crime scenes and criminals. The main star, in real life, said he was very poor in math in school so he wanted to make sure that non-math types could understand and enjoy the show. I can and I do!! Another plus is that this show is produced by Ridley Scott, the director of great movies like Gladiator and GI Jane. The DVD season contains great special features including clips of the math professor who consults each week on the numb3rs part of the show.
2 people found this helpful
See all reviews
Back to top
Get to Know Us
Make Money with Us
Amazon Payment Products
Let Us Help You
EnglishChoose a language for shopping. United StatesChoose a country/region for shopping.
© 1996-2022, Amazon.com, Inc. or its affiliates