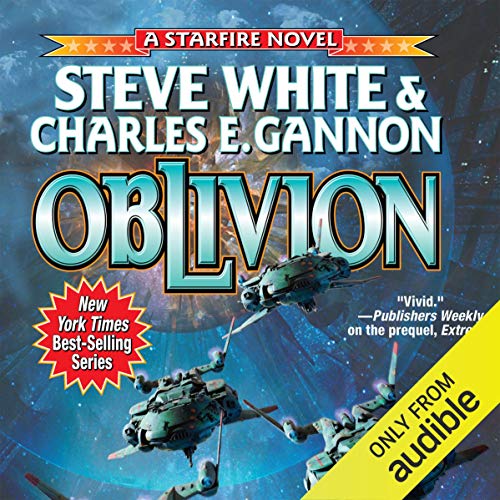 Stand against the alien invader apocalypse!

The war with the profoundly alien Arduans has ended, and the Arduans have come to call humanity their allies. Most of them - the Arduan warrior caste refuses to accept defeat. Now known as the Kaituni, they are waging a war of extermination against all members of the pan-Sentient Union, human and Arduan alike. What's more, the Kaituni have an unexpected weapon in their arsenal: the alien Arachnids, once thought driven to extinction. The Kaituni drive the Arachnid fleet ahead of them, inflicting untold damage.

The war has been marked by retreat on the side of the pan-Sentient Union. It seems the best they can do is minimize their losses. But now the Arachnids and the Kaituni are at the doorstep to the Heart Worlds, Sol, and Earth: Alpha Centauri. The odds look bleak. But Admiral Ian Trevayne and Commodore Ossian Wethermere have faced down long odds in the past. It's time to take a stand, for Earth, for humanity...and for the pan-Sentient Union!

Your audiobook is waiting!
Learn more about membership
List Price: $24.95
You Save: $2.96 (12%)
By completing your purchase, you agree to Audible’s Conditions Of Use
Sold and delivered by Audible, an Amazon company

Amazon Customer
5.0 out of 5 stars wow
Reviewed in the United States 🇺🇸 on August 20, 2022
Verified Purchase
I re started this series after the last was released. Really nice setup for the battles, introduction of new or improved tech and ‘realistic’ tactical and strategic space based warfare. Fine exploration of the protagonist’s perspectives.

Josh Norris
5.0 out of 5 stars Worthy addition to the series
Reviewed in the United States 🇺🇸 on May 16, 2018
Verified Purchase
My first exposure to the Starfire books was in 2000 when I picked up a copy of "In Death Ground" on a whim as I enjoyed the writing of both Steve White and David Weber, having had (at that time) no idea the books were actually based upon a game. I thoroughly enjoyed it for its very well written take on the rather cliche concept of alien bugs coming to eat you, done so well that one forgets the cliche. I immediately picked up Crusade, Insurrection, and later the Shiva Option when it came out.

After that, life happened and I occasionally reread the books but hadn't any idea that the series continued...until a few months ago. I devoured Exodus, Extremis, and Imperative like an Arachnid feeding and to my great joy found that there was to be an 8th book released soon, again by two authors whose work I enjoy: Steve White and Charles Gannon. For me Oblivion was a most worthy follow on to the rest of the series and reads like In Death Ground or Shiva Option only even more compellingly. I do not want to post spoilers but the battles are on a suitably massive scale, if anything even larger, as in the previous books revolving around the Arduans and Kaituni. The authors manage to pull off compelling combat scenes with solid exegesis and character writing that enriches the scene without distracting. I found the book sufficiently enjoyable that I bought both the Audible and the paperback versions on pre-order. That alone should be indicative of how I enjoyed it, for most of my entertainment reading I use the Kindle app for reasons of cost. The only entertainment books that I purchase in paper format anymore are the ones that I truly enjoy.

The series appears to be at a crossroads of sorts with this addition, the Ian Trevayne storyline could be satisfactorily closed with the ending of Oblivion or it could be continued in yet another book, myself I do hope that Ian will be left in peace. I do not wish to give anything away but I do hope to see more books in the series as there are several story arcs that could be expanded upon just from the gripping ending of Oblivion.
Read more
5 people found this helpful
Helpful
Report abuse

Mark W
5.0 out of 5 stars The End of The Line
Reviewed in the United States 🇺🇸 on February 19, 2022
Verified Purchase
Oblivion is the last book in the series. I started the series years ago, before the last several books were complete. Now that I finally got to read the whole series from beginning to end, I am sorry to see it end. So much material left unresolved, there is definetely room for eight more volumes in the story. Here's hoping they get written.
Read more
Helpful
Report abuse

Steven Woodcock
5.0 out of 5 stars The 8th Book in the Starfire Series!
Reviewed in the United States 🇺🇸 on December 27, 2019
Verified Purchase
This book picks up a bit after the last one left off, with the battle between a new race (the Arduans) who fled their dying star system via NON FTL ships....they crossed space the hard way, over generations more or less finished. A period of peace and integration of this new race begins....

….and then is shattered when *another* fleet, an offshoot of the Arduans called the Kaituni show up to begin stake out their chunk of the map. Worse yet, they seem to have allied in some fashion with the Bugs (in several earlier novels) and are driving them into conflict with the Federation. What's the reason? Is there any way to talk to either the Bugs or the Kaituni?

Honestly can't say much else without many spoilers, so I'll just recommend that you GET THIS BOOK. If you're at all a fan of good military science fiction you won't regret it. The authors (Steven White and Charles Gannon) do a fine job of capturing the background that grew out of the old Starfire boardgame (a favorite when I was younger) and keeping it fresh. VERY recommended!
Read more
Helpful
Report abuse

Steven G.Top Contributor: Lego
4.0 out of 5 stars Standard Steve White writing
Reviewed in the United States 🇺🇸 on July 2, 2018
Verified Purchase
The fond print of this book is great and big, however, I wish they would have brought out a hardcover instead.

What story concerns, it is firmly set in the style of all the previous books. Build up resources, talk about background events, some politics, then quick swift mayhem destruction. Rinse and repeat. The only thing I can say about this book is that it unlike some of the older generations, the battle scenes are shorter and less descriptive. That said, it was still a quick fun brainless read, just as I like it sometimes.
Read more
Helpful
Report abuse

Geosalt
5.0 out of 5 stars Wow !!
Reviewed in the United States 🇺🇸 on July 21, 2020
Verified Purchase
This book was great, started a bit slow, bu then had me on the edge of my seat, and not letting me put the book down.
I am ready for the next book. And will have to read the previous books, which I have not done.............yet.
Read more
Helpful
Report abuse

LTC Greg Pickell, USA, retired
5.0 out of 5 stars Space Opera at its best
Reviewed in the United States 🇺🇸 on August 29, 2020
Verified Purchase
Great read! I especially appreciate the authors' willingness tell their tale without the traditional penchant for perfect victory in the end.
Read more
Helpful
Report abuse

Sean Pennington
5.0 out of 5 stars Amazimg storyline cannot wait for the next Starfire novel
Reviewed in the United States 🇺🇸 on August 20, 2019
Verified Purchase
The heroic efforts to save eart, the love story of the Trevayne's broke me. I sobbed with Ian's pain and again with his words to save earth.
Read more
Helpful
Report abuse
See all reviews

Tinpants
5.0 out of 5 stars Excellent
Reviewed in the United Kingdom 🇬🇧 on June 10, 2018
Verified Purchase
Fantastic addition to the Starfire series! Could do a bit more with actual space battle descriptions though!
Read more
Report abuse

Scott Osmond
5.0 out of 5 stars Mil SF At It's Best
Reviewed in Australia 🇦🇺 on May 24, 2018
Verified Purchase
I've been a fan of the Starfire universe from book one. It's a series about war, not just the ships and tech but the crews who man them and the sacrifices they make to keep others safe. Truly titanic battles, boarding actions and a well executed deception plan. The bugs are back, one of the Starfire universe's stranger and frightening species. Imagine a giant spider like species who are a hive mind and doesn't care about casualties and views all other species as a food source. Not all threads are wrapped up in this one so we will be getting more. Excellent battle descriptions and the characters being military are competent save for one or 2 exceptions. I wouldn't advise starting this as a entry novel as you'll be starting in the middle of a campaign.
Read more
Report abuse

Boris
5.0 out of 5 stars Grate as usual
Reviewed in Germany 🇩🇪 on August 23, 2018
Verified Purchase
I love the starfire series. The space battles a epic. What took you so long to finish the story ?
Read more
Report abuse