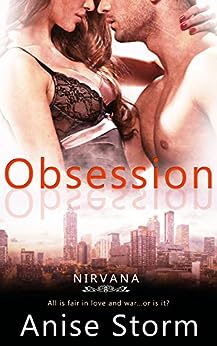 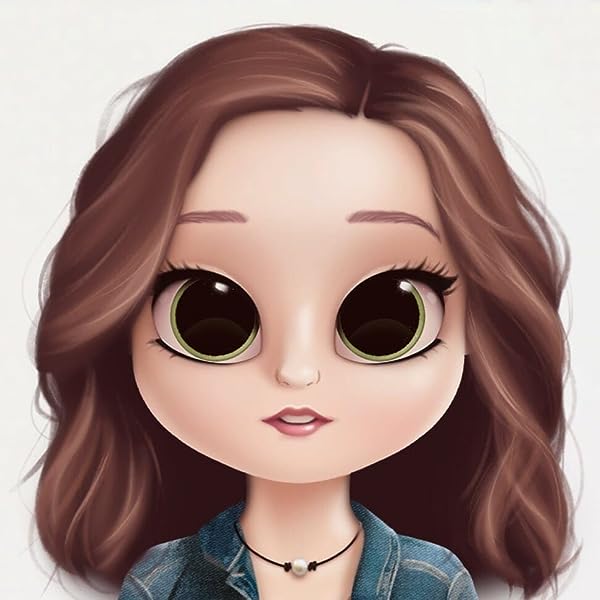 by Anise Storm (Author) Format: Kindle Edition
See all formats and editions
Sorry, there was a problem loading this page. Try again.

This is book one in the Nirvana series

The ultimate bachelor meets his match when he sets out to seduce his secretary. What starts off as fantasy soon becomes an obsession.

Thaddeus Remington has everything he has ever wanted—a successful business, wealth and the ultimate bachelor lifestyle—until he meets his new secretary, Hannah Brinkley. Immediately he is intrigued and drawn to her, unaware of the side she keeps hidden until he sees her one evening at a local Atlanta kink club. Intending to turn his fantasies into reality, he sets out to seduce her.

Hannah Brinkley, a transplant from Texas, is unable to resist the lure of once again finding pleasure at the hands of a Dominant and becomes a member at a local club. Once there, she realizes that the man who flirts incessantly with her throughout the day is actually in a position to back up each and every naughty suggestion.

Physical attraction soon leads to a full-blown obsession that leaves them not only questioning each other but also searching their own hearts. Will the answers revealed bring them closer to experiencing nirvana in each other’s arms or tear them apart for good?

Powerful… Successful… Bitter… They eventually discover that they have both fallen for the same woman.

Thaddeus Remington has everything that he has ever wanted—a successful business, wealth and the ultimate bachelor lifestyle—until he met his new secretary, Hannah Brinkley. He is immediately intrigued and drawn to her, completely unaware of the secret side she keeps hidden—until he sees her one evening at a local Atlanta kink club, Nirvana. She soon succumbs to both his seduction and dominance before developing feelings for him.

A misunderstanding, however, has her fleeing the arms of one dynamic corporate tycoon. Hannah Brinkley crosses the Atlantic into the arms of another, one who is equally as dangerous to her heart as Thaddeus Remington. Unlike the man she left behind in Atlanta, Hannah shares history with Finley Wetherall and those old feelings for him return once again. Successful, powerful and hung up on the girl that got away, this time Finley is determined to fight for Hannah's heart, doing whatever is necessary to keep her. Years before, she had been unable to handle his darker desires, but when she turns up on his doorstep, it has to be fate. He will allow nothing or no one to stand between Hannah and their destiny, especially when he finds out that his competition is none other than his fiercest business rival.

When past and present collide, Hannah finds herself torn in two romantic directions. By the time she realizes that there is more to the power struggle between the two Dominants than just her, though, accusations of corporate espionage threaten to tear her world apart, costing her the love of the two men that complete her. Blinded by pain, she realizes that she has nothing left to lose and sets out to clear both her name and conscience unaware of the danger she has placed herself in. Now Finley and Thaddeus are in a race against time and have to determine whether they can put their own differences aside to save Hannah. And when they find her, will either be able to walk away from her again?

A Southern transplant, Anise is married with children. She has a love of football, shoes, and tall, dark heroes. When not spending time with family or traveling, she can be found either curled up with a good book or writing.

Anise Storm is a USA Today Bestselling author of Contemporary and Dark Romance. Possessing a life-long love of writing since childhood, she started by dabbling in poetry and other short stories.

A Southern transplant, Anise is married with children. She has a love of football, shoes, and tall, dark heroes. When not spending time with family or traveling, she can be found either curled up with a good book or writing.

staci.simmons74
5.0 out of 5 stars Wow...love this book
Reviewed in the United States on January 7, 2016
Verified Purchase
Would recommend this book to everyone. Love the dynamics of Thad and Hannah. So looking forward for the rest of the series.
Read more
Helpful
Report abuse

I loved Thad’s confidence in his dominant nature. Ok, he was a bit arrogant, but it worked. He wasn’t over the top and it was actually sexy as f%^*. Hannah, I felt was a capable woman and lived her life on her terms despite a failed relationship under her belt. She was self-assured in who she was as a woman and embraced her sexually submissive nature. I loved the strength each character brought to the story and the build up of their relationship. I really enjoyed the build up and the questions of doubt they each had that lingered around them. It fueled my need to keep turning the pages.

At times I was adjusting in my seat because the sex just sizzled off the page. My god, Thad commanded the scenes and holy hell if felt like he exuded a raw sex when he and Hannah were together. I loved every part, especially the office scene after their meeting with the partners!

The word that caught me most in that quote was “unraveled” because I felt like he was dissecting every part of her and seeping further under her skin with every command or touch of his hand. I mean seriously!! I should also mention Finley in my review… I am curious Anise, very, very curious about who he is and what he represents in Ms. Brinkley’s life.

deb1210
5.0 out of 5 stars Obsession
Reviewed in the United States on January 9, 2016
Obsession is Anise Storm's debut book and it is a doozy! Hannah Brinkley works for sex-on-a-stick, Thaddeus Remington. Both are intrigued by the other and eventually, they just couldn't resist the draw any longer. In this first book of Storm's Nirvana series, she wastes no time getting to the goods and oh my! It is hawt! Talk about ignite the sheets!! Geez their chemistry was literally leaping off the pages as I read! So good!

Overall, I liked the characters and felt they were fully developed and introduced in a timely manner. They weren't dumped on us all at once which I liked. I loved the way Hannah and Thad shared glances and how the build-up took shape. Of course any casual-type relationship is bound to have doubts pop up and same goes here. Hannah is a confident woman and even though she's had relationships that have failed, I felt she knew what she wanted and how she wanted to live her life. She seemed strong, but not abrasive and I liked that about her! Thad is dominant so his confidence and arrogance shows, but it wasn't in your face. He dripped sexuality so it was not hard to keep reading! We also have a little mystery with Finley. We really don't know much except he is Thad's nemesis and there is some connection with Hannah.... We shall see!

I definitely want more of this couple! Be warned though, this does end in a cliff but it isn't throw my kindle kind of bad. I can't wait for the next book as I am sure it will be highly entertaining as this was. Anise Storm did a great job with this and I believe she is well on her way to being a no questions, one-click author for me! Bravo!

This book was gifted to me by the Jeep Diva for the express purpose of an honest review. The rating and review are solely my opinion and in no way was I compensated.
Read more
One person found this helpful
Helpful
Report abuse
See all reviews