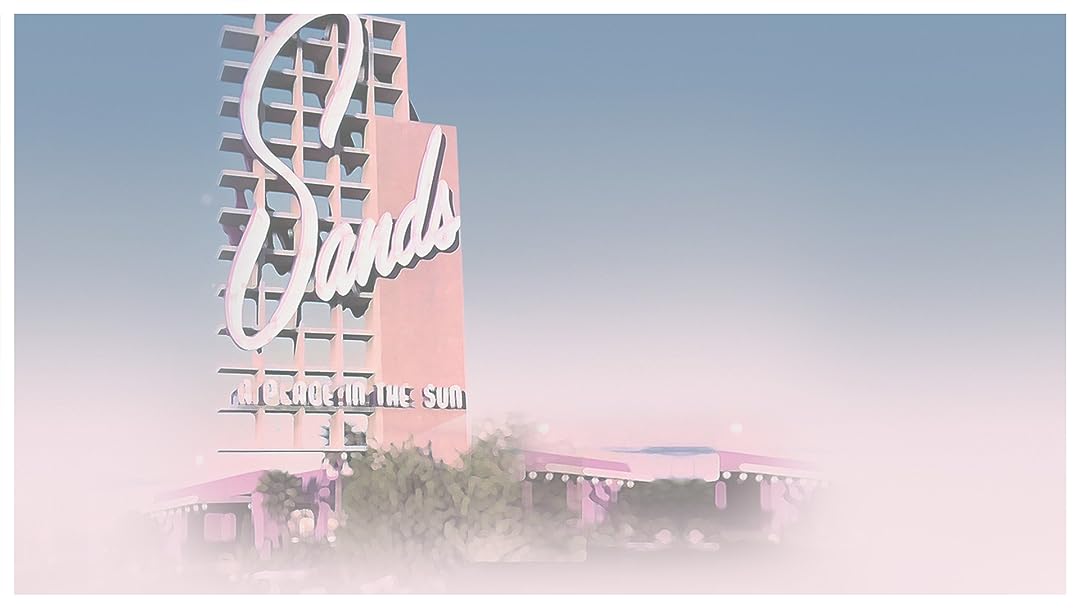 (30)
50min2001ALL
A behind-the-scenes look at how Frank Sinatra and his Rat Pack made a movie, did two shows a night, got a president elected and made the city of Las Vegas world famous while never letting the party stop.

manwiththe5dReviewed in the United States on December 30, 2020
3.0 out of 5 stars
A (below-average) documentary of the Rat Pack, rather than Ocean's 11
Verified purchase
It may be called "The Ocean's 11 Story," but this hour-long documentary is mostly a low-budget, PBS-style retrospective of the Rat Pack at the time - the kind of documentary that doesn't give you the minutiae, but is more than welcome to treat you as if you've never lived through or heard of the 1960's.

Ocean's 11 only figures in to about 20% of the documentary, with "behind the scenes" adding up mostly to anecdotes from the narrator, very few interviews (Henry Silva and Joey Bishop are the only ones to pop up more than once and they still get barely a minute on screen between them), and clips from the Ocean's 11 trailer on infinite loop. Plus, one of their Sands performances is used heavily as B-roll, which often makes you wish you were watching *that* instead of this.

Not a single one of Sid Avery's truly behind the scenes photographs show up, and if it wasn't for the film's poster and trailer every five minutes, you wouldn't know Angie Dickinson had any part in it.

However, if you don't mind getting a watered-down history of Las Vegas, a watered down history of the Rat Pack members, and a surprisingly lengthily diversion detailing the Lawford-Sinatra-Kennedy political efforts (which gains subtle scorn from the narrator despite mostly neutral commentary) as presumably "behind the scenes" of Ocean's 11, well, this documentary just might be for you.

PulpartReviewed in the United States on September 15, 2019
5.0 out of 5 stars
A Top-Drawer Peek into Sinatra and his Rat Pack Entourage
Verified purchase
Well worth the price of the Amazon admission, this film -- especially for those of us who lived through that era of the 1960s, even though perhaps only as kids -- is a wonderful look into a bygone time of glamour, connections, free-for-all fun and entertainment, and big-name stars. With Vegas and JFK's election as the backdrop, along with much about the making of the film "Oceans 11" (that I recall loving when when I saw it first-run at a theater in Glendale, CA), this documentary is well worth seeing! It's about the stars of "Oceans 11," but more than this, the film is about the lifestyle, nonstop craziness, mad-cap showmanship and Vegas Strip entertainment that once required the Sands to refuse 18,000 requests to see the Rat Pack's antics live on stage. And as the voice-over at the end of the film stated, in 1960 you only needed to pay $5.95 to see them live. And that included dinner!! That kind of life is never gonna happen again.
4 people found this helpful

Mrs D 1993Reviewed in the United States on January 8, 2021
3.0 out of 5 stars
An interesting watch!
Verified purchase
Fun, but I can’t imagine that it’s that hard to do “lower-thirds” graphics.

I mean why have a ton of actors/actresses and hangers on that’ haven’t been in the spotlight and not super them so people know who they are?

Other than that, it’s a little boring, but pretty solid and def worth watching.
One person found this helpful

pattiJReviewed in the United States on December 19, 2020
2.0 out of 5 stars
Old School Attitudes
Verified purchase
I think this was supposed to show what good, talented,fun guys they were but Sinatra and his bunch came across as a bunch of over the hill spoiled brats for whom women weren't actual humans but were tossed in with the drinks. We thought of them as these quaint old guys. No, everyone did not want to be them. Maybe our dads did.

Annie RooneyReviewed in the United States on November 28, 2018
5.0 out of 5 stars
A look at the Rat Pack from behind the scenes
Verified purchase
This documentary seemed to focus more on the "Rat Pack" than the actual movie "Oceans' 11," but I liked that it showed old Las Vegas, its history, and the friendship the team had with each other, full of laughs and what would be considered today taboo humor, totally not PC.
2 people found this helpful

Daniel PutnamReviewed in the United States on January 6, 2021
5.0 out of 5 stars
Great
Verified purchase
This was a great documentary of that time in history.

Mountain MavenReviewed in the United States on January 12, 2019
5.0 out of 5 stars
Rat Pack Facts here... Some surprising; Good pictures & video
Verified purchase
As a documentary, it was intelligently done. Lots of early footage & facts. Interesting facts about all the members of the Rat Pack, and how the movie was made amidst all the partying. Kennedy's were in there too.
One person found this helpful

JReviewed in the United States on March 21, 2019
1.0 out of 5 stars
bro silliness.
Verified purchase
The rat pack were interesting. The producers' thoughts on the phantom menace of PC are not.
One person found this helpful
See all reviews
Back to top
Get to Know Us
Make Money with Us
Amazon Payment Products
Let Us Help You
EnglishChoose a language for shopping. United StatesChoose a country/region for shopping.
© 1996-2022, Amazon.com, Inc. or its affiliates