Oceans Ventured: Winning the Cold War at Sea and millions of other books are available for Amazon Kindle. Learn more
Share <Embed> 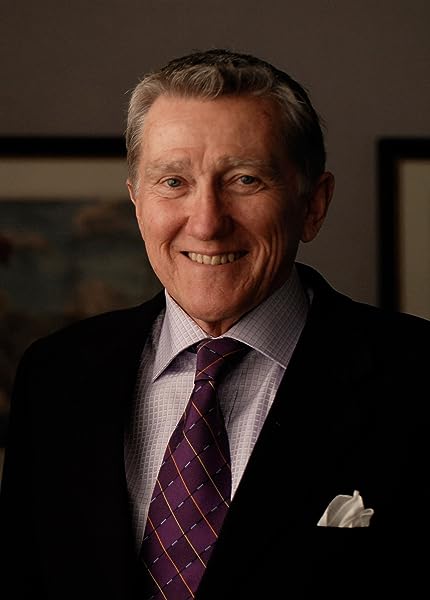 by John F. Lehman (Author)
4.3 out of 5 stars 64 ratings
See all formats and editions
Sorry, there was a problem loading this page. Try again.

"John Lehman has given us another naval classic in Oceans Ventured - the incredible story of the Navy's central role in winning the Cold War. Based upon meticulous research and newly declassified documents, Lehman's fresh account has the grip of a well-crafted adventure novel. His perspective is uniquely authoritative: he was a key architect of American strategy, a crucial figure in its execution, and an active participant as a qualified naval aviator. A must-read."

John F. Lehman is an American investment banker and writer who served as Secretary of the Navy in the Ronald Reagan administration, where he promoted the creation of a 600-ship Navy. From 2003 to 2004 he was a member of the 9/11 Commission.

Start reading Oceans Ventured: Winning the Cold War at Sea on your Kindle in under a minute.

4.3 out of 5 stars
4.3 out of 5
64 global ratings
How are ratings calculated?
To calculate the overall star rating and percentage breakdown by star, we don’t use a simple average. Instead, our system considers things like how recent a review is and if the reviewer bought the item on Amazon. It also analyzes reviews to verify trustworthiness.
Top reviews

Mike M.
3.0 out of 5 stars A good try, but frustratingly incomplete. The full history of the Navy's renaissance is yet to be told.
Reviewed in the United States on June 18, 2018
Verified Purchase
In the late 1980s, the U.S. Navy was the spearhead of the efforts to break the Soviet Empire. As Secretary of the Navy under Reagan, John Lehman was at the very center of the action...and delivered the best performance in that position since James Forrestal.

Which is why I found this book a bit underwhelming. It's incomplete. Lehman provides a decent overview of the post-Second World War political battles that led the Navy to its nadir in the late 1940s, then an account of developments in the 1950s and 1960s. The background is pretty well laid - including the recognition of the critical decisions in the 1970s to develop a new generation of weapons that would exploit the new computer technology.

But the 1980s? What is presented is largely an account of major naval exercises. Lehman does drop some tidbits that were new to me, notably the extent to which the Navy was using terrain masking to protect ships from detection and attack...including using aircraft carriers in Norwegian fjords.

What's there is good, but it leaves out the battles in Washington that Lehman was personally involved in. Some were a bit amusing, like the attempt to get naval terms used ashore (not as silly as it sounds, it was all about engendering esprit de corps). The decision to retire Admiral Rickover. And the whole procurement world, including the genesis of the A-12 program that would come to a sad, disastrous end (for the record, I do not fault Lehman for that one). Above all, the battles over the Goldwater-Nichols "reforms"...that may well have done more harm than good, shackling the American military to a top-heavy, land-centric force structure ill-suited to the post-Cold War era.

This book desperately needs to be about three times as big, and cover everything. As it stands, it's not the full history of the Navy in the 1980s I had hoped it would be.
Read more
16 people found this helpful
Helpful
Report abuse

Mark T. Patterson II
3.0 out of 5 stars Credible Tale
Reviewed in the United States on August 18, 2018
Verified Purchase
This work fills in a piece of the puzzle that was the Cold War, and is a good addition on the topic. It is an overstated case the Soviet Union fell because of our nearly 600 ship navy and the willingness to exercise it near to the northern reaches of Europe and Asia, but one has the sense that without the pressure the old beast that was the USSR would have lumbered along for considerably longer.

There is a lot of information in this book relevant to decision makers today, as well as duffer members of the civilian public like me that worry, like the author, that a navy half the size of that we had 30 years ago is inadequate to tasks we present to it short of war, and should war happen we are in deep trouble.

The author has the credibility of a man who did not just hold a politically appointed position but had the background necessary to be competent to the job of Secretary of the Navy on the first day. How many men or women in that position have flown on to a carrier as a qualified member of an A-6 Intruder crew?

It does get repetitive- Ships! Submarines! Airplanes! Cruise Missiles! Cold War! and I would not call it a masterpiece of the English language yet was ultimately worth my time.
Read more
3 people found this helpful
Helpful
Report abuse

James M.
2.0 out of 5 stars Disappointing Book On An Important Cold War Subject
Reviewed in the United States on August 31, 2019
Verified Purchase
The aggressive campaign to increase the US Navy to 600 ships (while replacing obsolete WWII warships) and deploying the modernized fleet forward close to the Soviet Union was central to America's successful victory in the Cold War. Secretary of Navy John Lehman was a very important and visible leader in this critical effort. As a mid-grade US Navy officer during the Reagan naval rearmament I participated in a number of the 7th Fleet exercises mentioned in this book and attended the Naval War College. I very much looked forward to reading this book.

Unfortunately I was disappointed. Several times I came close to quitting but decided to read on hoping it would become more worthy of my time. The prose ran together and was hard to follow especially in the first half of the book. The book does not present new Cold War naval strategy and tactics well other than to build the US Navy back up to 600 ships, move to an offensive mind set and operate north of the GIUK Gap (Greenland-Iceland-UK Gap) close to the Kola Peninsula. The author spends a lot of time and many pages naming well deserving naval officers in America's naval renaissance but provides little information on major topics such as the air defense of aircraft carriers hiding in Norwegian fjords and new ASW (anti-submarine warfare) technology. Unfortunately there are better books on the US Navy in the Cold War.
Read more
One person found this helpful
Helpful
Report abuse

Peter W. Stommel
4.0 out of 5 stars The book was very well researched with attention to detail
Reviewed in the United States on August 9, 2018
Verified Purchase
This was a great book from the Secretary of the Navy during the Reagan years with information that very few people might have known about the Navy during the Cold War. The attention to detail may have caused a slight bit of tedium, but the underlying fact that a strong Navy makes for great "Deterrence" (I think a key word throughout the book) around the globe has been and will probably always be a good thing for this country. A group of friends (book club) and I heard John Lehman give a short talk about the book after reading it and we were even more impressed about his knowledge of the subject. Glad we read it.
Read more
2 people found this helpful
Helpful
Report abuse

Terry Jennrich
4.0 out of 5 stars Winning the Cold War at Sea
Reviewed in the United States on August 1, 2020
Verified Purchase
It explained the 600 ship navy rationale used by the Reagan Administration to win the Cold War against the Soviet Union in a peaceful manner. No other book explained the rationale behind this concept. IT was worth reading to understand that concept. It makes sense having read it from one of it's principal authors, John Lehman , Secretary of the Navy under President Reagan and a former Navy pilot himself. So he understood the potential of a carrier battle group and a forward deployment against the Soviet Unions main naval bases during the 1980's.
I recommend reading it to all citizens.
Read more
Helpful
Report abuse

Samir
5.0 out of 5 stars Insightful for naval strategy wonks
Reviewed in the United States on April 14, 2019
Verified Purchase
This book was a fantastic insight into the naval strategy that lead to the end of the Cold War. I imagine similar conversations are being held in the pentagon today. It gets a little in the weeds and repetitive in the description of various naval exercises, but it makes his point - the exercises wore the USSR down. Worth the read if you’re in the profession.
Read more
Helpful
Report abuse
See all reviews

B. H. Goulding
5.0 out of 5 stars How the Reagen Administration won the cold War
Reviewed in the United Kingdom on May 18, 2019
Verified Purchase
This book by an USN ppilot who because I bought it for a friend who is well satirfied with it
Read more
Report abuse