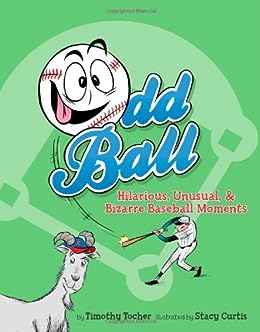 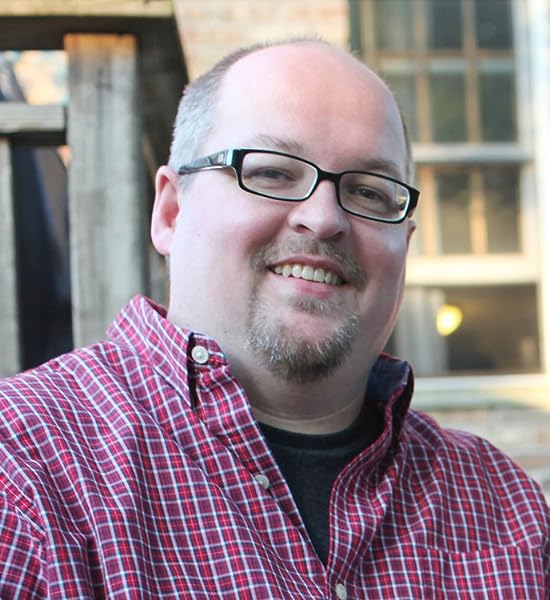 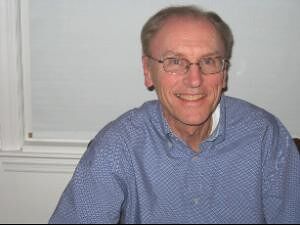 by Timothy Tocher (Author), Stacy Curtis (Illustrator) Format: Kindle Edition
See all formats and editions
Sorry, there was a problem loading this page. Try again.
Adjust your helmet and step up to the plate to meet some of the oddest players, fans, managers, and mascots of America’s favorite pastime—all told through comic strips! Some of the moments in these stories are silly, while others are surprising, funny, or maybe even a little gruesome. Each captures a real moment that helped to make baseball the fascinating sport it is today. Batter up!
Read more
Previous page
Next page
Kindle e-Readers
Fire Tablets
Fire Phones
Free Kindle Reading Apps
Available on these devices

Gr. 3-6—Few sports feature as many goofy moments as baseball. Some of the sport’s zaniest stories are retold here in cartoon art and comic-book-style panels that emphasize the silliness. Organized broadly into nine innings, the sketches feature some offbeat, some obscure, and some bizarre yarns that are closer to legend than fact. There’s a story about the player who left the game to wrestle alligators, and another, about a catcher whose nose was so long, it fit through his mask. There are chapters about equipment, four-legged fans, and even a chapter on how players’ ears have affected the game. Despite the table of contents and appended list of “Odd Facts about the Players,” only one source is cited. Strictly light fare intended to lure browsers and reluctant readers, this will also be a tasty snack for baseball fans. —Booklist, April 15, 2011

“Bizarre” barely covers some of the wacky incidents Tocher gathers from baseball history. A trainer inserted a severed ear into “Sweet Lou” Johnson’s abdomen after a bus accident (for temporary safekeeping), and it was never removed. Mets outfielder Joe Christopher was able to move his cap around by wriggling his ears. Ineffective Giants hurler Cliff Melton tipped off batters to his pitches during his delivery because his ears were so big they blocked out the stands behind his head. And that’s just “All Ears,” the first of nine thematic “Innings,” each presented as a set of simply drawn cartoon panels threaded with terse commentary and the occasional punchline. Though a little knowledge of the game will make it easier to appreciate some of these feats and mishaps, even nonfans will wince at the account of a fan who was hit by a foul ball twice during the same at-bat, marvel at the achievements of one-handed pitcher Jim Abbott and laugh at the generally futile attempts to catch balls (or in one messy case, a grapefruit) dropped from the top of the Washington Monument, a passing stunt plane and other high points. An easy pitch, particularly to reluctant or inexpert readers. (Nonfiction browsing item. 9-11) --Kirkus Reviews, Jan 2011

pure fun...public and school libraries  filled with baseball fans will find many readers for this collection of unbelievable moments. --Children's Literature --This text refers to an out of print or unavailable edition of this title.

Illustrator Stacy Curtis lives in Oak Lawn, Illinois. --This text refers to an out of print or unavailable edition of this title.

CuriousGeorge
5.0 out of 5 stars Books for Christmas and nativities
Reviewed in the United States on October 8, 2020
Verified Purchase
Hope my 2009 issue liked it, 2019.
Read more
Helpful
Report abuse

CALGAL
1.0 out of 5 stars One Star
Reviewed in the United States on August 21, 2016
Verified Purchase
didn't buy this; how come it's on my acct Amazon?
Read more
Helpful
Report abuse

John E. Toth
5.0 out of 5 stars Five Stars
Reviewed in the United States on May 18, 2016
Verified Purchase
Gift to my 8-year-old grandson who was crazy over it and called me to tell me so
Read more
Helpful
Report abuse

Davide
4.0 out of 5 stars Fun to read odd baseball facts and trivia book!
Reviewed in the United States on June 28, 2013
Vine Customer Review of Free Product( What's this? )
Baseball is one of the sports that my four and eight year old nephews enjoy watching and playing. They immediately grabbed this "Oddball" book when I showed it to them.

Likes:
>Colorful cover graphics directly printed on the hardcover/library type binding. No dustjacket to lose or get torn up by younger readers.
>Geared towards grades 3-6 and may be read along with younger children.
>Author, Timothy Tocher has done a good job of presenting many fascinating baseball facts and trivia from the 1800's to modern days; including origin of umpires' hand signals, the famous "Sausage Race", and a special farm-teams night game to honor President Obama, etc.
>Illustrator, Stacy Curtis, captured the attention of our young readers and enlivened the many interesting baseball tidbits with his kids-oriented b/w comics.
>There's even an appendix of "Odd Facts about the Players" in the back of the book for readers to browse through.

Concerns:
>Kids nowadays are more into watching videos of odd or strange sports moments on their tablets so it may take some coercion to get them to flip open a book.
>The b/w comics are fun to read but younger readers would enjoy colorful illustrations even more.

Overall:
An entertaining, fun book filled with many strange yet interesting baseball moments that most baseball/sports fans of all ages will enjoy!
Read more
3 people found this helpful
Helpful
Report abuse

Charlotte
4.0 out of 5 stars Fascinating fun!
Reviewed in the United States on May 23, 2011
This is a book that gives exactly what the title promises--exciting and interesting facts and stories about baseball! It's a book that's great both for the elementary school kid, and for the 9 to 10 year old looking for a light read. The titular moments are presented in a graphic-heavy format, great for the more uncertain, or less committed reader, with larger paragraphs of text providing more heft for the older kid.

I myself am not particularly interested in baseball. Growing up it was hard to care about the Baltimore Orioles all the way down in Arlington VA; my boys, on the other hand, became Red Socks fans as simple fact of life in these parts up north. So they were more interested than I was in this particular book, when it arrived from the publishers. And indeed, my oldest had read it thrice, and my youngest once, before I looked at it myself.

By that point, I had been told many of the anecdotes already (it's the kind of book that makes you want to say to any loved one who happens to be around--"Did you know that....." ) I found it really interesting, in a fascinating factoid way, myself. Did you know that a baseball once landed in a match vendors tray and started a fire? Did you ever hear about Wilbert Robinson, who boasted he could catch a ball dropped from an airplane, and how, when his manger hired a stunt pilot to put him to the test, it turned strangely sour? I could go on...

And so, although I do recommend this one to its intended audience, you could also do far worse than to get this for a difficult to shop for grown-up loved one who loves baseball!
Read more
2 people found this helpful
Helpful
Report abuse

Steve Ramm
4.0 out of 5 stars This would be a fun book for a young baseball fan.
Reviewed in the United States on June 27, 2013
Vine Customer Review of Free Product( What's this? )
Most of my reviews on Amazon are for "entertainment related" items but this particular title was sent to me by Amazon as part of their "Vine Reviewer" program in which they send selected books to a selected group of reviewers.

The slim 58 page book was actually published in 2011, so I'm not sure why Amazon was just offering to Vine reviewers in mid-2013. But it was an easy read - less than 20 minutes. It's aimed at young readers and - based on some other reviewers' comments it is probably best for a 9-11 year old baseball fan. That's not to say that adults wouldn't enjoy it too. The word "Hilarious" in the title is a bit optimistic. I think "funny" would have been a better (and more honest) word. The 35 or so "stories" told in a sentence or two and then expanded in a "comic strip" format are often funny and a few put a smile on my face. The book is divided into 9 chapters (called "innings") on subjects ranging from "fowl" on the field to players with physical deformaties (one less arm or too many fingers) who still succeed. Most of the players mentioned are from the "early days" of the sport and Have passed on.
As I said, young baseball fans will enjoy this and have new stories to tell to their friends.

While the book has a color cover, the illustrations inside are all in black and white.

lavoynne jackson
1.0 out of 5 stars Odd Ball/odd book
Reviewed in Canada on October 4, 2015
Verified Purchase
This book was a disappointment. Very thin paperback, not hilarious as advertised at all. Over price. First disappointment I've experienced from Amazon.
Read more
Report abuse
See all reviews
Report an issue
Does this item contain inappropriate content?
Report
Do you believe that this item violates a copyright?
Report
Does this item contain quality or formatting issues?
Report