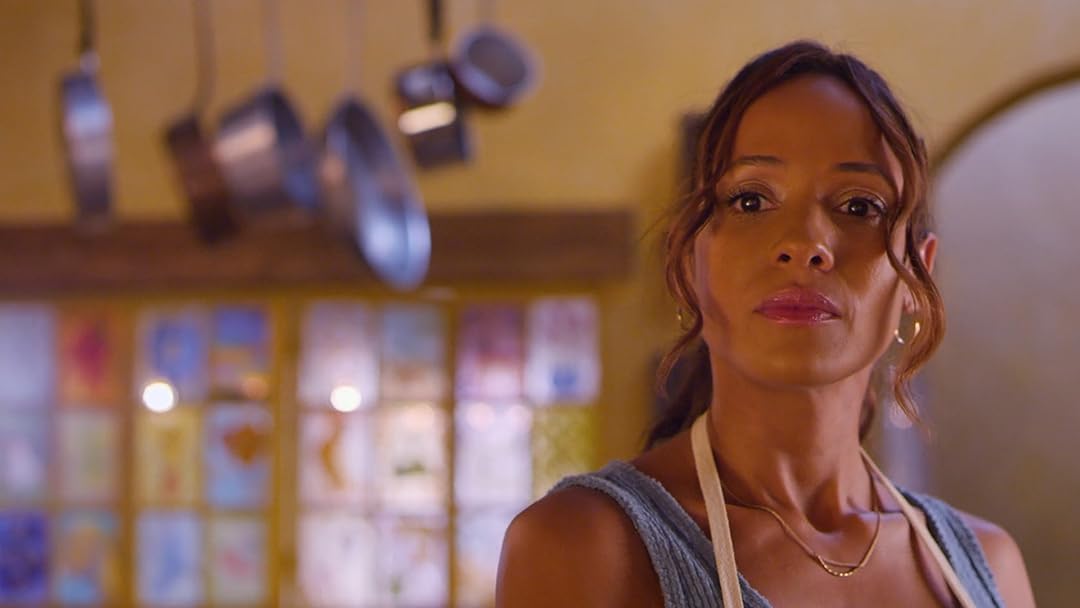 (350)
5.71 h 36 min2018X-Ray16+
An unlikely heir to a Mexican fast-food franchise goes 'cuisine' hunting for the next culinary big thing, and finds himself in a small, dusty New Mexican town where foodies come from all over to salivate over the culinary treats of a local, authentic, and feisty female chef.

Marie Rose WhiteReviewed in the United States on December 21, 2021
2.0 out of 5 stars
Misrepresentation of Culture
Verified purchase
Though there certainly are Mexican people in New Mexico, Mexican culture and Northern New Mexican culture (where this takes place, based on the identifiable landmarks) are not the same thing. This movie sort of made a slight attempt to acknowledge that the food is different, at least (while still calling it Mexican food most of the time), but was totally off the mark regarding the culture of the towns they shot in (Chimayó, Taos, even Santa Fe...though they did manage to capture the douchiness of gentrified SF, at least lol). Northern New Mexico has distinct cultures, and foodways. It bothered me to see Chimayó and Taos filmed as though they were Mexican villages, with people wandering around in serapes, and the like (Is that even what Mexico really looks like?), when those places have their own unique cultures, cuisines, and histories. Mexican culture is beautiful, and so is Northern New Mexican culture. But they're not the same. I found the lack of research, and misrepresentation of both cultures really cringey, and couldn't get past it. Other than that, though, it was kind of a fun, cotton candy sort of movie.
3 people found this helpful

Sassa GirlReviewed in the United States on December 1, 2018
5.0 out of 5 stars
Sweet movie!
Verified purchase
Nice, clean, feel ggod happy ending movie. Why aren't there more like this?
22 people found this helpful

Lauren N.Reviewed in the United States on November 18, 2018
2.0 out of 5 stars
Hard to get through
Verified purchase
Unfortunately I didn't like this film. I couldn't finish it. I didn't sense any chemistry between the lead characters, and it was difficult to keep my attention focused on the movie. If you like Hallmark type movies, I would say this fits into that category. I think it might be a great movie to keep on in the background while you are doing something else.
16 people found this helpful

SaguaroGeorgeReviewed in the United States on September 22, 2020
3.0 out of 5 stars
Harmless
Verified purchase
It is true that there is no naughty language in this film, no nudity, and only the slightest suggestion of sex happening. And yes, the little girl is adorable. But the lead man looks and acts like a jerk; it’s hard to imagine what the lead woman sees in him. Most of all, there is scarcely any script – throughout most of the film you can watch cooking and talking about cooking and learn something about New Mexican green chiles. In other words, this is a harmless movie suitable for all ages but very slow moving and with nothing much happening, kind of like the patterns which used to appear on TV screens between programs.
7 people found this helpful

LA_Biz_GuyReviewed in the United States on April 19, 2020
1.0 out of 5 stars
Rejected by Telemundo, Hallmark and Oxygen. Badly numbing
Verified purchase
In one of those compromise moments on Amazon Prime we settled on a movie set in New Mexico that looked like Taos. What we got was some slices of footage from the state tourism group... which was literally the only pleasant part. It is not often you see an entire cast smirk their way through a horrible script, but that was almost the only uplifting part. Clearly whoever was the turkey that wrote or produced had a 1930's movie set in a poor Mexico town (the fiesta scene would of been comical if not done so badly) that set that 21st century New Mexico ... which is a tad different. I would like to point to an attempt at acting to rise above the material, but no animals appear to have been used in the film. Awful.
6 people found this helpful

R. NelsonReviewed in the United States on March 28, 2020
5.0 out of 5 stars
Great movie, nice romance with great charactors.
Verified purchase
This movie was a nice change from the normal sleaze sex filled movies. The characters where interesting and fun to watch.
12 people found this helpful

WALTReviewed in the United States on April 14, 2021
5.0 out of 5 stars
I WILL HAVE ONE ORDER OF A GREAT FIVE STAR MOVIE
Verified purchase
NO SPOILERS. I LOVE ROMANTIC COMEDIES, AND THIS WAS A FIVE CHILI PEPPER AFFAIR, AS YOU WILL SEE. SET IN NEW MEXICO, I
DO NOT KNOW WHICH WAS FINER, WATCHING THE PLOT OR THE DELICIOUS FOOD. IN A LARGE CORPORATE OFFICE IN THE
STATE, A FAST FOOD CHAIN SPECIALIZING IN MEXICAN CUISINE, SENDS ITS CORPORATE SPIES TO ALL PARTS OF THE USA TO
GATHER INTEL AND RECIPES FOR ITS DROWNING BUSINESS. THE SON OF THE BOSS, A LAWYER WHO IS MOST LAZY, MUST GO TO THE BORDER AREA AND SURVEIL. HE HAS JUST HAD HIS GIRLFRIEND DITCH HIM, IS IS NOT VERY JOYFUL. HE ARRIVES AT AN
APPARENTLY FAMOUS LOCAL RESTAURANT KNOWN FOR ITS DISHES BASED ON ITS HOME GROWN CHILI PEPPERS, A GREAT FAMILY SECRET. AFTER MANY COMPLICATIONS HE FALLS HEAD OVER HEELS IN LOVE WITH THE DIVORCED OWNER AND HER DARLING
DAUGHTER. BUT LIFE IS NOT SO SIMPLE, AS YOU WILL SEE. AS THE DENOUEMENT AND FINALE ARRIVE, I HOPE YOU WILL AGREE
THIS IS ONE OF THE MOST CHARMING ROMANTIC COMEDIES MADE IN A LONG TIME. PLEASE ENJOY.

AmandaReviewed in the United States on October 2, 2020
2.0 out of 5 stars
No chemistry, acting was mediocre.
Verified purchase
Headline says it all. I'm a fan of Hallmark, so I like cute and I'm okay with predictable. But I still expect quality. Supposed to be cute, wasn't too well done. No chemistry between the lead actors, the lines were cheesy and pretty much ridiculous throughout. I can't say the female lead was a bad actress, the little girl was okay too, but the male lead was horrible. He had the same expression all the time and the writers were clearly taking a holiday and laughing because they were still getting paid. It was clean, family friendly, and the good guys win in the end, so I gave it two stars instead of one. Even if you enjoy Hallmark cheese and predictable sweetness, you probably won't find much to like about this movie.
4 people found this helpful
See all reviews
Back to top
Get to Know Us
Make Money with Us
Amazon Payment Products
Let Us Help You
EnglishChoose a language for shopping. United StatesChoose a country/region for shopping.
© 1996-2022, Amazon.com, Inc. or its affiliates