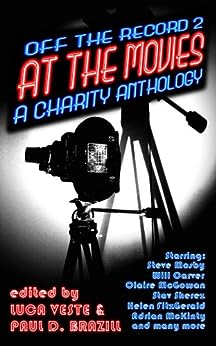 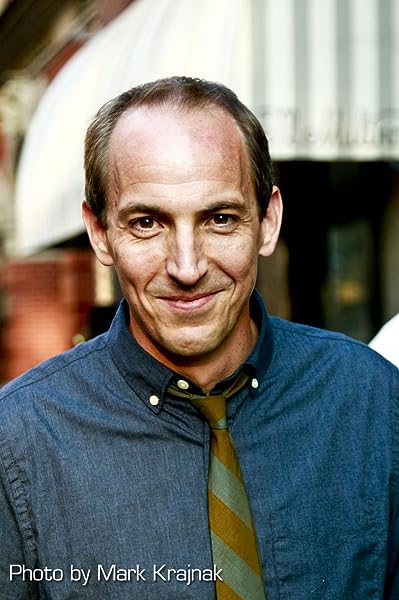 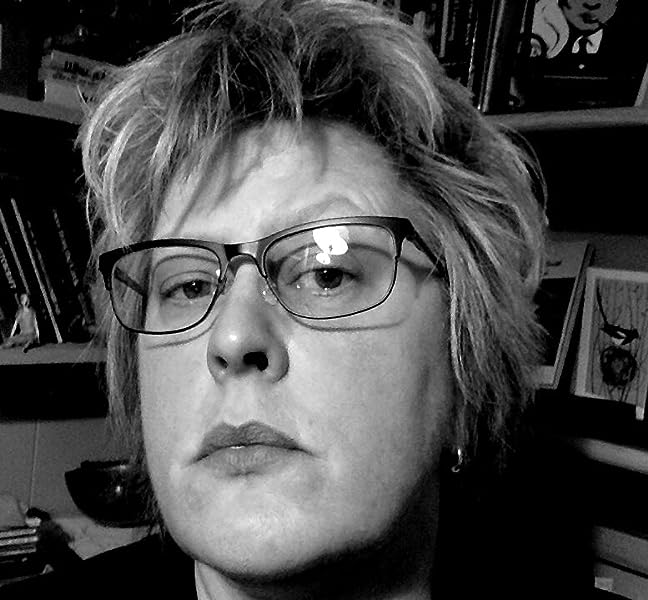 Following the Spinetingler award nominated 'Off The Record', the charity anthology featuring stories based on classic song titles, comes the highly anticipated sequel.

This time, inspiration arrives in the form of classic film titles. With an introduction penned by Chris Ewan and featuring some of biggest and brightest names writing today including...

47 writers from around the world. All coming together to raise money for two children's literacy charities...

In the UK, National Literacy Trust.

In the US, Children's Literacy Initiative.

From Crime to Fantasy, Taxi Driver to Weekend at Bernie's, there's something for everyone in this collection of 47 short stories.

And all proceeds from the sales of this anthology go directly to charity!
Read more
Previous page
Next page

Erik Arneson
5.0 out of 5 stars Great Anthology for a Great Cause
Reviewed in the United States on October 10, 2012
Verified Purchase
Off the Record 2: At the Movies is an anthology of short stories where all of the proceeds go to charity (the National Literacy Trust in the U.K. and the Children's Literacy Initiative in the U.S.). A classic win-win.

All of the stories in this anthology share their titles (but often little else) with well-known films like Unforgiven, Weekend at Bernie's, and From Here to Eternity. Luca Veste, one of the project's editors, contributed the heartbreaking "Goodfellas," while "Silver Dream Racer" by co-editor Paul D. Brazill has convinced me to stay off the streets after dark. Other personal favorites are A.J. Hayes' "Dead Man" (sparse, wry and brutal) and "The Graduate" by Eric Beetner (tense, clever and brutal).

Full disclosure: I am one of the contributors to this anthology. Despite that, it's a terrific collection.

A. J. Hayes
5.0 out of 5 stars An Impressive Collection
Reviewed in the United States on June 2, 2013
Verified Purchase
Luca Veste has gathered a talented group of writers. The stories are varied as the writers themselves. And it's all in effort of teaching kids worldwide to read. Win/win all 'round.
Read more
One person found this helpful
Helpful
Report abuse

Timothy L Mayer
5.0 out of 5 stars 47 Stories Without A Net!
Reviewed in the United States on November 28, 2012
Congratulations to Luca Veste and Paul Brazill for giving us another Off The Record collection. As in the case of last year's all the proceeds from this compilation will go to two charities dealing with children's literacy. Last year's OTR collection dealt with popular songs, this year's focus is on the cinema. In each case, the anthologies feature many different styles, but the predominant ones are new crime fiction.

Most of the writings are by British writers, who give a UK feel to their world. Those of you who are Cockney impaired may want to brush up by watching The Crew, or some of the new British crime movies. I've watched too many licorice movies over the years. Ditto with reading British authors. Sometimes I want to call the swamps around my borough "The Moors".

It's difficult to pick the best ones out of such an esteemed collection, but here are my favorites:

David Jackson's "The Time Machine" begins as an amusing tale of a young boy meeting a door-to-door salesman. After the salesman fails at his initial pitch, the boy wants to know what he is selling that's special. The salesman has time for sale and the boy buys all he can afford. But he gets more time than needed. The ending had a very bittersweet feel.

Richard Godwin's "Once Upon A Time In The West" is one of the few stories to link to the movie of the same title. He examines the mind of Harmonica, the character played by Charles Bronson in the original film. This is a very fascinating idea as Harmonica had very few lines in the movie.

I choose Patti Abbot's "Mermaids" as a favorite because it takes place one county over from where I live. There is a famous park known as "Mermaid Lake" many companies have their annual picnics. Abbot's story concerns three young women who hitchhike their way up to the park after cutting school. The ending is very creepy and could be the start of a horror novel.

It would take me more space than I can devote to praise all of these tales. There are 47 short stories in this collection! Do purchase the book. And the money is for a good cause.
[...]
Read more
2 people found this helpful
Helpful
Report abuse
See all reviews

Mr. Michael Malone
5.0 out of 5 stars At The Movies ... just oozes class
Reviewed in the United Kingdom on September 28, 2012
Verified Purchase
First, you have an intoxicating mix of established writers and new talent - second, you have the fact that all the proceeds go to literacy charities. What's not to buy and love?

Charity aside, does the writing stack up? Absolutely!

I'm going to have to read them all again, but on a first read through, my favourites are the stories from Steve Mosby and Helen Fitzgerald. Both gave me goosebumps.
Read more
14 people found this helpful
Report abuse

Alex
5.0 out of 5 stars Awesome book - Will Carver the star
Reviewed in the United Kingdom on October 19, 2012
Verified Purchase
What an amazing book. Firstly it is for charity but also it is a great collection of fantastic authors all demostrating their craft. The particular highlight was Will Carver. A great up and coming author who has a lot to offer. From his first sentence I was gripped and that was a great tone to set the book. Every sentence was believable and compelling which continued throughout most the stories. Definitely worth a purchase and Id encourage everyone to check out other work by any of the authors that took their fancy, and Will Carvet took mine!
Read more
5 people found this helpful
Report abuse
See all reviews