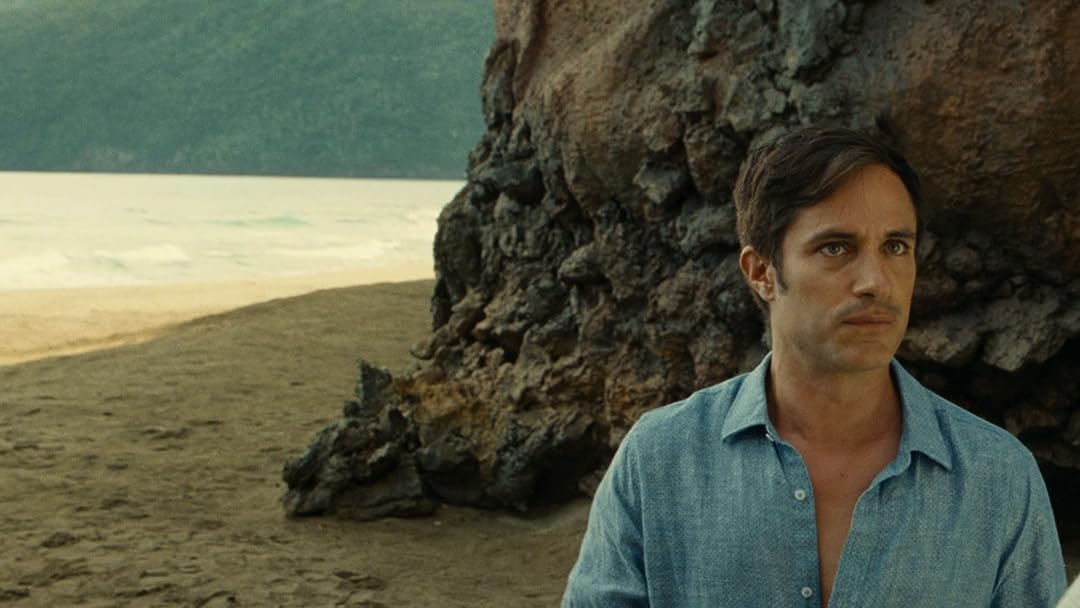 (36,111)
5.81 h 48 min2021X-RayHDRUHDPG-13
Visionary filmmaker M. Night Shayamalan's thriller follows a family to a beach that mysteriously causes them to age rapidly… reducing their entire lives to a single day.

Obsessed ReaderReviewed in the United States on October 6, 2021
1.0 out of 5 stars
Save your money
Verified purchase
This movie was filled with monotone characters, lackluster performances, poor script, plot holes, and unrelateable characters. The dialogue, storyline, etc was severely lacking. All of the characters from the staff to the beach goers shared the same personality or lack of one. Honestly could have cared less who lived or died. Nothing about this movie made you care what happened. It was like a rushed sci fi made for Television movie. The plot twist was nothing big. Just a quick answer slapped on the end that was easily debunked.

I loved Sixth Sense and his earlier work, but this was just so horrible.

BuxtonReviewed in the United States on October 22, 2021
1.0 out of 5 stars
Garbage
Verified purchase
This movie was terrible from beginning to end, I have never been more adamant about getting back $6 dollars in my life. I feel insulted. I can’t possibly decide which aspect about this film was worse. The dialogue was completely worthless and the interaction between characters was inhumanly puzzling. The reactions to the events were so off key from moment to moment you couldn’t get any grasp on one personality or the other as if the entire cast were told to play bipolar roles. The acting itself was so phoned in it was like they all owed someone a favor and did this to work off the debt. The direction and cinematography looked like they were having an argument and decided to ruin the others work intentionally, each frame was so unpredictably staggered and timed it seemed like the camera man was on acid. The twist ending could not have been more of a surprise because of how little thought was put into it and how idiotic you feel after realizing that you have been torturing your senses for two hours only to be spoon fed such a random and irrelevant excuse, you are left in completely shock that someone actually got paid to make this movie. However, most of all the worst part about this movie is how corny and obvious the foreshadowing it is, this movie leads you like a child from one moment to the next as if it were made for people with a learning disability or without common sense. You just feel so insulted it’s almost not enough to return your money. I just couldn’t help but feel like I deserved an apology or a reward of some kind for enduring this trash.
58 people found this helpful

GraceFaceReviewed in the United States on October 10, 2021
2.0 out of 5 stars
At least there were no killer trees
Verified purchase
When MNS is bad, he is really bad. The acting was meh, the camera work bizzare and the plot full of holes. It's hard to believe that the same person who wrote 6th Sense, Signs and Unbreakable wrote this screenplay full of awkward dialogue that had nothing to do with the plot - like what was the weird obsession with people's jobs? The kid asks them all and they each announce it multiple times but their professions make little difference in the storyline or the "twist."
The theme is elusive.. regrets of growing old? Live for the moment? Fear of dying? The meaning of life? Increase your daily calcium intake? .. It's just a mess.
I give it two stars instead of one because the premise was interesting but it's based on a graphic novel so I can't even give MNS that. I've watched all his films knowing from the start it's 50/50 whether it will be brilliant or a bomb. This one was not brilliant.
38 people found this helpful

RobinReviewed in the United States on October 16, 2021
1.0 out of 5 stars
Incredibly Disappointing
Verified purchase
I can't believe I paid to watch this. I have seen film school projects that were 1000x better than this. I read some of the bad reviews and couldn't believe it was that bad, after all, it is an M. Night Shyamalan film. Boy was I wrong. It was worse. It looks like a great film was made and then they took all the pieces that ended up "on the cutting room floor", pieced them together, and called it a movie. Cinematography was bad, dialogue was stupid and there was no development of characters. Seriously, if you are thinking of buying it, at least rent it first. Better to lose $4 than $20. It's bad enough you'll lose 130 minutes of your life...
28 people found this helpful

McGReviewed in the United States on October 6, 2021
5.0 out of 5 stars
OLD... Not What You Think It Is!
Verified purchase
When I originally saw the trailer I thought "Ohh a supense thriller/horror film where age approaches rapidly." Yes, well sort of lol. I don't want to ruin the experience of this film for anybody seeing that I personally found myself saying out loud "OHH INTERESTING!" If you are looking for a fresh movie with a very interesting outcome you have found it. This movie provides all I hoped for, there are a few OMG moments of suspense sprinkled with a horror aspect. I say horror aspect very lightly though but it is there and it pleases. I can honestly suggest this movie to you it is worth the watch and really great job M. Night you did it again. Very different and very fresh!
25 people found this helpful

Tony G.Reviewed in the United States on October 28, 2021
1.0 out of 5 stars
M. Night's second worst film (so far)
Verified purchase
While The Happening is a truly awful movie on every level, Only Shyamalan's version of Avatar:The last Airbender can rival this one in terms of sheer awfulness. The writing is abysmal, the plot is novel, but ultimately just a simple idea spread out across too much screen time. The characters are absolutely nonsensical; they just exist on the "old" beach for the entire movie, knowing that they will die if they stay, but never really making a concerted effort to leave.

This is another example of Shyamalan attempting to shove a "twist" into his movies, when this one is obvious by about the 20 minute mark. He attempts to jam so much exposition into the dialogue in an attempt to be absolutely sure that the viewer didn't miss something, the writing comes across as absolutely unnatural. People don't talk like this. He attempts to have the characters explain how they are qualified to jump to certain conclusions about what is happening to them that it just seems amateur, like a low quality fanfic instead of a full release movie. I don't understand how this made it through so many filters without someone saying "Hey, maybe lets make a second draft before we publish"

I could spend a lot of time breaking down how dumb this movie is, but I'll just leave it there. Don't waste your money on this. At least The Happening was fun to laugh at. Old is just infuriatingly bad.
22 people found this helpful

Ruben BetancourtReviewed in the United States on October 6, 2021
1.0 out of 5 stars
Crap!
Verified purchase
It's sad to see how a once fantastic director loses his mojo and takes us along for the ride down. This one's absolute crap.
27 people found this helpful

IsabellaReviewed in the United States on October 19, 2021
1.0 out of 5 stars
Absolutely PUTRID
Verified purchase
The scariest part about this movie is the fact that it was allowed to see the light of day. Who could have allowed an atrocity like this to be unleashed upon innocent eyes? Let alone charge money for it? Either the actors or the writer did not have a grasp on how human beings speak and interact. It felt like I was watching an alien species try to attempt to replicate human mannerisms, POORLY. The cinematography made me queasy, but not as queasy as I feel knowing that I actually spent almost 2 hours of my life watching this, waiting for it to become tolerable. Spoiler alert: it never did. About 30 minutes in I resigned to finish it off as a comedy rather than a horror film; I didn't want my 5$ to go completely to waste.
In conclusion, after suffering through this dumpster fire of a film, I would like to gouge my eyes out and perish in peace, knowing I will never have to endure anything half as bad as this film was.
17 people found this helpful
See all reviews
Back to top
Get to Know Us
Make Money with Us
Amazon Payment Products
Let Us Help You
EnglishChoose a language for shopping. United StatesChoose a country/region for shopping.
© 1996-2022, Amazon.com, Inc. or its affiliates