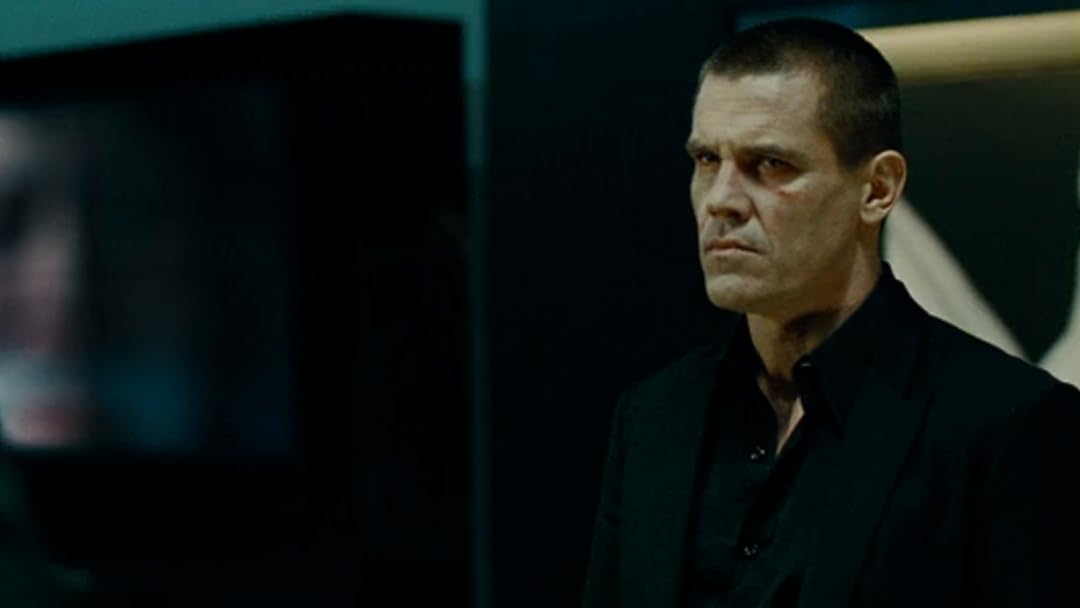 (2,291)
5.71 h 43 min2013X-RayR
An everyday man has only five days and limited resources to discover why he was imprisoned in a nondescript room for 15 years without any explanation.

joel wingReviewed in the United States on July 17, 2020
4.0 out of 5 stars
Bizarre tale of revenge like you've never seen Unless you saw the original that is
Verified purchase
This was Spike Lee’s remake of the 2003 South Korean classic thriller by Park Chan Wook. I have to admit I have not seen the original so I can’t compare the two versions. This movie featured Josh Brolin as Joe Doucett an ambitious and sleezy advertising executive who is also a delinquent dad. After a failed business deal and heavy drinking he wakes up in a locked room trapped inside for 20 years. Thus begins one of the most insane stories of revenge put to film.

To say that Oldboy was a bizarre tale would be an understatement. The main theme is the psychological torture and manipulation of Doucett. During his captivity he’s framed for a crime and kept for so long that he starts going crazy. Even after he’s released he’s still being played like a puppet. He seeks to know why he was imprisoned which leads to a major act that can’t be described without being a huge spoiler but it is insane and the ultimate form of payback.

Oldboy was a commercial flop when it was released in the movie theaters so not many people have seen it. All I can say that it is nothing like you’ve experienced before with the big caveat again that I have not seen the South Korean original which is supposed to be even better.
C

Amazon CustomerReviewed in the United States on November 13, 2020
2.0 out of 5 stars
A Burning Effigy
Verified purchase
Perhaps if you haven't seen the original Oldboy this movie could evoke some entertainment. But having seen Park Chan-wooks original, it's especially awful. The plot is copied sometimes word for word, scene for scene, but it carries no emotion. I have no interest in the characters. The scenes feel counterfeit. I believed I should give this movie a chance despite reviews, like listening to my favorite songs covered by obscure bands. But it's like the song, but they took out the vocals, or the guitar. All I can wonder is how Spike Lee believed he could remake such a legendary movie. Imagine trying to remake Children of Men, The Matrix, or Good Will Hunting. It cannot and should not be done.
5 people found this helpful

RondleReviewed in the United States on May 5, 2019
4.0 out of 5 stars
Great movie but not as good as the orginal
Verified purchase
Oldboy is a unique movie worth watching. The American remake is solid and takes some creative liberties that do not stray too much from the spirit of the Korean version. I prefer the orginal's story and production much more. However, since the Korean film is such a master piece in my book, it's hard to compete with and this is a respectable remake.
8 people found this helpful

Inquiring MindsReviewed in the United States on July 10, 2018
2.0 out of 5 stars
If your're looking for a quailty movie - this will make you wish you had donated to the Homeless - and done some real good...
Verified purchase
Gave it a 2**** only because J.B. was lead actor. Other than that it was a total flop (what a waste of "Talent"). It simply repeated what were trash plots exploited to the limit by other directors. Just a bunch of stupid (and I mean STUPID) non-gratuitous violence disguised by what is one of the most common themes in H.W. these days. Father/ son dis- functionality to the nth degree. Of course Samuel J. had to be injected just to bring the language rating to a high level of the F bomb word. You get my drift. I am getting personally disgusted (Extremely disappointed to say the least) with this generic trash stuff being brought to the marketplace and labeled as "Entertainment". Look up the definition of the word and you'll find out this ain't "IT" folks. Can only hope J.B.'s agent gets fired for coercing him into these B-rated roles. Looks like when an actors career starts to wane that the good roles are just dying out too. Too bad.
14 people found this helpful

Roger LodgeReviewed in the United States on August 20, 2020
4.0 out of 5 stars
Fight scenes are kinda dumb
Verified purchase
The director wants you to focus on Josh Brolin as he fights off groups of bad guys. But if your eyes do happen to wander, these stuntmen are just wildly swinging their weapons around, or trying to make their bodies look busy like they're part of the whole fight, but they're really just waiting for their choreographed turn. While Josh fights off one dude there will be 4-5 others surrounding him just standing there when in a more realistic scene they would all be attacking at once or striking him however they can. If you disagree just watch it again and pay attention, you'll see how poorly done they are.
2 people found this helpful

simeon hillReviewed in the United States on August 6, 2020
5.0 out of 5 stars
For an adaptation of an Asian masterpiece this will not let you down 9.5 out of 10
Verified purchase
however this film does not bring the same dramatic ending no spoiler alerts here but the sexuality and deviance of modern America leads us to believe that some stories need to change to be digestible however this film is overwhelmingly brilliant with a real taste for the dark arts and tell you what the arts are dark and this one what a tasty tasty treat who doesn't like dark chocolate.
3 people found this helpful

CarolynReviewed in the United States on May 24, 2021
4.0 out of 5 stars
You think you know but trust me you don't
Verified purchase
What a great movie extremely hard to figure out which is great for someone like me I usually figure out a movie in minutes not this one every turn was a u-turn and then a twist and then you ended up upside down somewhere it was crazy not for the faint of heart not for somebody that can't look at blood not for somebody that can't watch ahead get ripped off somebody's body loved the whole movie just kidding not the whole movie haha this movie got me crazy!
One person found this helpful

Brian OlsonReviewed in the United States on August 22, 2019
2.0 out of 5 stars
torturously violent, nonsensical plot
Verified purchase
Trying not to spoil it, but there's a plot twist / big reveal at the end and I found it unsatisfying. Some of the fight scene choreography is technically interesting and kinda well done, but some of the violence is really personal and bloody and I had to fast forward through a torture scene.
3 people found this helpful
See all reviews
Back to top
Get to Know Us
Make Money with Us
Amazon Payment Products
Let Us Help You
EnglishChoose a language for shopping. United StatesChoose a country/region for shopping.
© 1996-2021, Amazon.com, Inc. or its affiliates