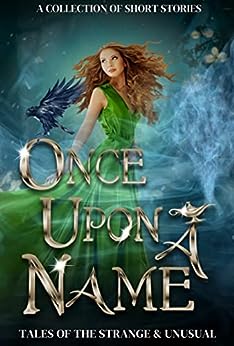 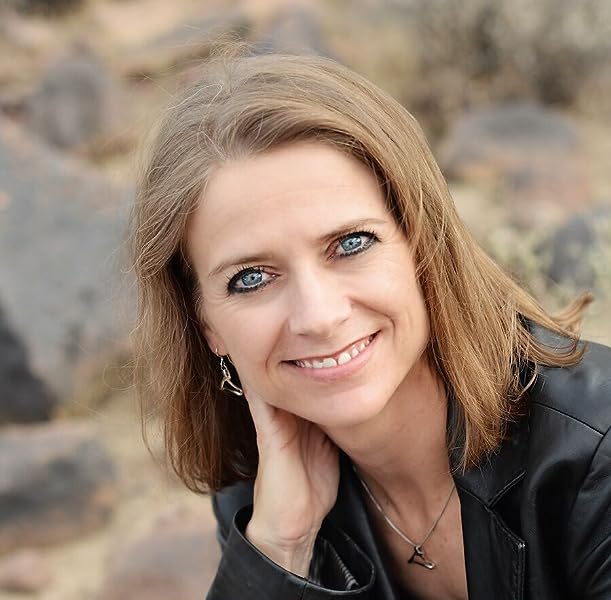 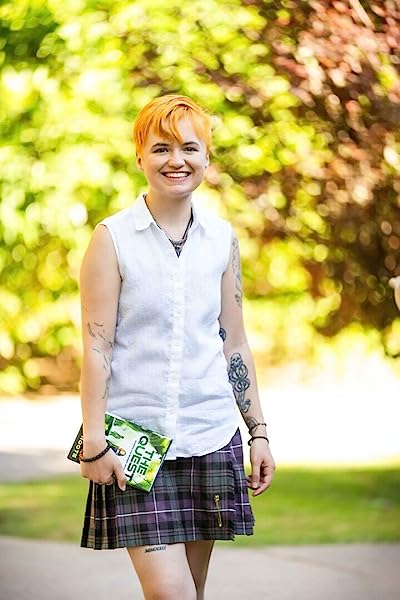 Once Upon a Name: Tales of the Strange and Unusual (What's in a Name?) Kindle Edition

Once upon a time, twenty author friends accepted the challenge of a fairy tale name generator. Soon, twenty new characters were off on wild adventures.

In this clean YA anthology, meet a goddess, a countess, and a wannabe sorceress. Join a wolf pack leader and a guardian frog sidekick. Search for victims with a hunter-turned-detective, and swoon over the sultana who must prove she's fit to rule.

Cavort with demons, wraiths, and demigods. Lose your way in the Mist, then lose your soul to the Bone Marsh. Root for a genie's freedom. Hope for a witch to get her spell right. And yes, feel your heart flutter at unexpected romance.

All proceeds are donated to Book Aid International in support of reading and literacy.

About our charity
When the authors of this anthology gathered to write these strange and unusual tales, they wanted to give back in the way of literacy. Since the anthology work began in the middle of 2021, it has become the team's
mantra to support literacy globally.
Book Aid International stood out as a leader with their belief that books have the power to change lives. The organization's mission is to give people around the world who lack access to books the opportunity to read for pleasure, study, and lifelong learning.
Book Aid International supports young readers and education. They provide books when conflict strikes, and provide books dedicated to creating better health by providing books to worldwide healthcare workers.
Books change lives, and this organization is there to ensure that happens.
Every £2.00 allows them to provide another book.
To learn more about the organization or make your own donation, visit bookaid.org.
Read more
Previous page
Next page
All 1 available for you in this series See full series

Evenstar
4.0 out of 5 stars Some great gems!
Reviewed in the United States 🇺🇸 on July 28, 2022
Verified Purchase
Here’s the individual story ratings.

The first short story was Soulless by Lynn Rush. 3* This is definitely just a teaser. Too many details to fill in the backstory of this character. For a short story it felt really bogged down. I mean this was like only 10 pages long? I am intrigued by this guy, but really, this could be chapter 1 of a book. No short story.

Goddess of Smoke and Steel by Alice Ivinya 3* Oh, man. I really don’t know what to think. Cat goddess is very full of herself. Which I guess is how a cat god would be. But I didn’t connect very well with the character. The story was intriguing. But I mean, again, for short story, there’s no climax. Again, this is like a chapter.

Forged in Fire by Marie Reed 4* fun and entertaining. I would read a full novel based on this short story. This one had a climax and interesting characters that left me wanting more.

In the Mist by Jo Holloway 4* cute. Intriguing. Not much of a climax. She gets lost in the mist and found again. The end.

Darkbow: Death on Hollow Clouds by Alex Stubblefield 3* This was an OK story. The story was pretty much just a rescue. From a witch. Not much to it.

Ghost of the Night Dolls by Sarina Langer 4* The story was a bit more intriguing than the others. A bit creepy too because it involves some ghost children controlling ratty dolls. OK story.

Salty Sweet by Bekah Berge 4* I really liked this story. I mean it’s about cooking. What’s not to love?

Baroness of Blood and Bone by Lyndsey Hall 4*

Sultana of the Deathly Stars by D.M. Taylor 4* A bit confusing but an intriguing take compared to the other short stories.

Prove Me Wrong by Dani Hoots 5* I probably like this one so much because it was an adventure.

In the Nick of Time by CC Sullivan 3* this story was confusing for me. I’m not sure what was going on.

Maid of the Bone Marsh by Susan Stradiotto 3* I don’t think I understand this story. Did the boy force the girl to take the Maiden’s place?

Sultana of the Mist by NDT Casale 3* the ending was too easy. She just magically got what she wanted even though it was “deep” magic.

A Lesson in Refinement by Ashley Steffenson 4*

Barbara Harrison
5.0 out of 5 stars Family-Friendly Collection
Reviewed in the United States 🇺🇸 on April 20, 2022
Verified Purchase
This family-friendly collection of nineteen new tales with young protagonists will fill a weekend.

Soulless by Lynn Rush is about two high school girls with secrets.

Goddess of Smoke and Steel by Alice Ivinya is about Lea Lectricheart, Goddess of Destruction, Bloodlust, and Nightmares, and a librarian named Leif.

Forged in Fire by Marie Reed is about an elemental magician and an enchanted sundial.

In the Mist by Jo Holloway starts in Anterra across the Yellow Plain from Winterset where Kelcy Lustrousjourney has her haberdashery waiting for her.

Haunt of the Night Dolls by Sarina Langer is set near Fae's Crossing where warrior witch Inis Darkspark takes on the cases of hauntings.

Salty Sweet by Bekah Berge is about a three-round cooking contest that starts with ten cooks.

Baroness of Blood and Bone by Lyndsey Hall is a tale of revenge set in the Eternal City where Tullia Artfulbeau is Baroness of the Northern Wolves."

Sultana of the Deathly Stars by D.M. Taylor is about Nessa Sagehammer, orphaned at birth in winter and forsaken by her father Arran.

Twisted Destiny by M.S. Weaver asks who the monsters are in the war between humans and fae.

Ocean's Crown by R.S. Williams has ships, kings, and pirates.

Prove Me Wrong by Dani Hoots involves a search for truth by
Adrian Artuflnose, and has a link to a free book at the end of the story.

The Killer Countess by Bethany Hoeflich Is about the former Magdelina Rosewood, now called Delilah Lucenheart, Countess of the Deathly Backwaters.

In the Nick of Time by C.C. Sullivan is set in Paris almost thirty years from now and involves zeppelins.

Maiden of the Bone Marsh by Susan Stradiotto also involves an owl. a jewel, and a curse.

Sultana of the Mist by N.D.T. Casale, titled Sultana of the Twilight in the image, features Ria, Sultana of Jerdaj who must regain the sultanship from her brother-in-law, assisted by a frog.

Yumiko and the Battlefrog by Sky Sommers, titled Yumiko's Revenge in the image, starts in a Hong Kong sweatshop and also has a frog.

Sever by Arielle Willow is about the exception to the Readers of the Great Backwaters' healing reputation.

The Enchanted Feather by Elenna Shelest is about a mystery in an
orchard with blackberry bushes, which is solved by 17-year-old hunter Marko, and what happens next.

I received a free copy of this book via Booksprout and am voluntarily leaving a review.
Read more
2 people found this helpful
Helpful
Report abuse
See all reviews

Stephanie Wall
5.0 out of 5 stars Got it for free and still bought a copy
Reviewed in Canada 🇨🇦 on April 27, 2022
Verified Purchase
I received an ARC to read before it came out. I really enjoyed the short stories and look forward to following the authors in this anthology. I bought a copy so I could support them as I would love to see another anthology come out. There was a lot of different fantasy writing styles and I am looking forward to exploring more of the urban fantasy style.
Read more
Report abuse
See all reviews
Report an issue
Does this item contain inappropriate content?
Report
Do you believe that this item violates a copyright?
Report
Does this item contain quality or formatting issues?
Report