You've subscribed to Once Upon Series! We will preorder your items within 24 hours of when they become available. When new books are released, we'll charge your default payment method for the lowest price available during the pre-order period.
Update your device or payment method, cancel individual pre-orders or your subscription at
Your Memberships & Subscriptions
There was an error. We were unable to process your subscription due to an error. Please refresh and try again. 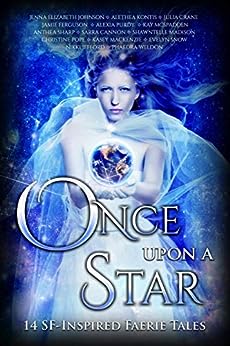 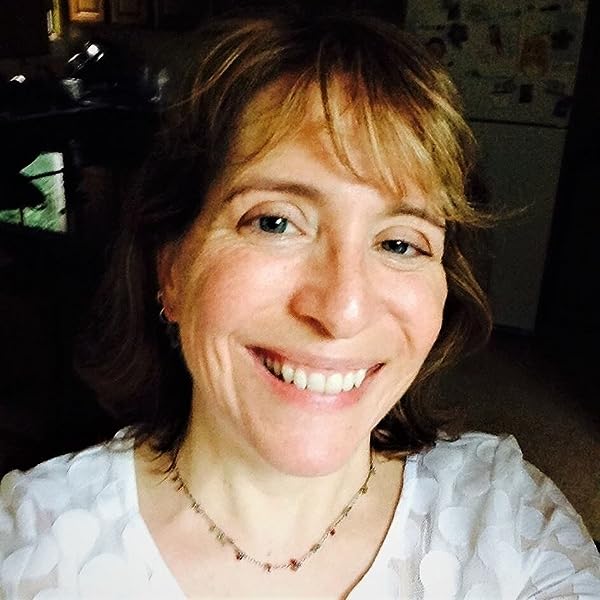 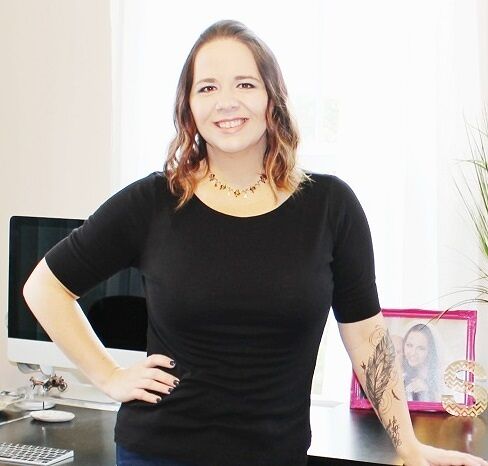 Once Upon A Star: 14 SF-Inspired Faerie Tales (Once Upon Series Book 4) Kindle Edition

Nolyn: The Rise and Fall, Book 1
In the depths of an unforgiving jungle, a legend is about to be born. Listen now
Books In This Series (6 Books)
Complete Series 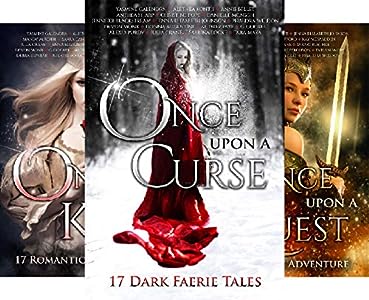 4.5 out of 5 stars
4.5 out of 5
60 global ratings
How are ratings calculated?
To calculate the overall star rating and percentage breakdown by star, we don’t use a simple average. Instead, our system considers things like how recent a review is and if the reviewer bought the item on Amazon. It also analyzes reviews to verify trustworthiness.
Top reviews

katherine tomlinson
5.0 out of 5 stars the Future of Fairy Tales
Reviewed in the United States on February 25, 2019
Verified Purchase
Fiddlehead Press has a whole series of ONCE UPON A … sets of retold fairy tales and this newest one may be its best. The fourteen fairy tale-inspired science fiction tales are all fresh and inventive and lots of fun to read, from Sarra Cannon’s Matrix-meets-Robin Hood spin on the classic tale (“Loxley”) to Christine Pope’s “The Cyrano Solution,” which is an epic take on “The Princess and the Frog.” The “inspirations” for the stories run the gamut from a trio of Russian tales to “The Goose Girl,” and while there’s a Cinderella story here, it’s quite unlike the classic tale. The writers all seem to be having a lot of fun, but there are some lessons to be had here as well—revenge and redemption figure large in several of the stories.

There’s also nice world building. Some of the stories, like those by Anthea Sharp and Christine Pope, take place in between “episodes” of their long-running series, while others are “one-offs” the writers admit were a genre stretch. Moreover, while it’s possible to see some of the influences on the stories, the writers have augmented their ideas with other bits and pieces of lore and myth and folktale. And so, we have Grimm’s fairy tales coexisting with Pinocchio and Washington Irving’s Sleepy Hollow. Wrapping a science fiction skin around these old stories makes them feel as shiny as the titanium hull of a space craft.

If you like science fiction and fairy tales, this is a boxed set you NEED to get.
Read more
One person found this helpful
Helpful
Report abuse

LEAH ANN
5.0 out of 5 stars Fairy tales with a twist
Reviewed in the United States on February 20, 2019
Verified Purchase
I’ve always loved fairy tales growing up and as I got older they sort of blended in together. These stories definitely give my beloved tales a new twist. I love different and unique ways to write a story and this anthology book is no exception. I loved each story, some more than others but I’m a true fan. I got to experience the world of new authors and can’t wait to read other books they have written. I hope you enjoy these stories as I did.
Read more
2 people found this helpful
Helpful
Report abuse

Jeaner5
5.0 out of 5 stars Great Read!
Reviewed in the United States on February 19, 2019
Verified Purchase
This amazing Anthology gives you 14 great faerie tales with a twist of science fiction. It’s so interesting to read. One of my favorites is “Echo” by Nikki Jefford. A Pinocchio twist in a sci-fi setting. It was so interesting reading this new world of Echo and Boomer, her creator. Boomer a brilliant mechanic creates Echo, a cyborg with incredible intelligence and human like feelings. Echo finds her self in a few sticky situations. It’s a great read. I love the idea of mixing sci-fi and faerie tales. Definitely worth getting this anthology.
Read more
One person found this helpful
Helpful
Report abuse

zack
5.0 out of 5 stars Love the Sci-fi/ Fantasy mash up!
Reviewed in the United States on February 19, 2019
Verified Purchase
Once upon a Star brings together sci-fi and fantasy in 14 tantalizing short stories. Each unique in their own way; I found myself completely engrossed. This collection of shorts is a great way to find and get a feel for new Authors. I will certainly be looking into several of their previous/upcoming work and may even find some new favorites for the shelf. As a huge fantasy buff I found the mixture with sci-fi fun and intriguing. There is so much talent bundled in to one book. It was absolutely delightful! ~Sandy
Read more
2 people found this helpful
Helpful
Report abuse

j xur
5.0 out of 5 stars Loxley
Reviewed in the United States on February 18, 2019
Verified Purchase
I haven't finished the book but I had the pleasure to read Loxley by Sarra Cannon and wow. This is a different kind of story for Cannon, but I really really enjoyed it. I hope she continues this story in a series or the very least writes other stories in this genre.

nilas
5.0 out of 5 stars Futuristic Fairy tale anthology
Reviewed in the United States on February 18, 2019
Verified Purchase
Very low price! Good collection of fairy tail love type retelling anthology. Some were more futuristic sci-fi adventure
stories. A quick read. Great characters. Among my favorites was main character like Princess Estrella and Damryn secondary ones such as Imai and Izar in By the light of a distant star by Jenna Elizabeth Johnson.
Most leaving me wanting more.
Read more
One person found this helpful
Helpful
Report abuse

Caroline
4.0 out of 5 stars Forget the old stories, these are the new tales!
Reviewed in the United States on February 22, 2019
Verified Purchase
I was drawn to this anthology because of Jenna Elizabeth Johnson. I've followed her for a few years now and have never been disappointed. Again she has hit the mark with her brilliant take on "The Goose Girl", a story I am not familiar with and frankly it doesn't matter! Her rewrite was phenomenal! I want to know more about Estrelle and Damryn, where will their life go from here? How did they get to this time and place in their lives? To be fair I started from the beginning and read the stories prior to and after, now I have more authors to follow and fill my library. Thank you, each of you, for bringing your imaginations and these characters to life for us.
Read more
One person found this helpful
Helpful
Report abuse

Jaime Lingerfelt Rodriguez
4.0 out of 5 stars Fun Read
Reviewed in the United States on March 19, 2019
Verified Purchase
I absolutely loved this box set. The stories were interesting and kept me coming back for me. I never knew how much I needed sci-fi fairytale retelling sin my life.
Read more
One person found this helpful
Helpful
Report abuse
See all reviews

Caroline
4.0 out of 5 stars Sci fi take on fairy tales
Reviewed in the United Kingdom on February 22, 2019
Verified Purchase
I've bought a few of these anthologies and not gotten around to reading them yet as I'm not usually a fan of short stories but the promise of fairytales + scifi suckered me in!

This is an anthology of well known fairy tales but written from a scifi background and it was fun figuring out which fairy tale each story was going to be inspired by. My favourite had to be Echo by Nikki Jefford which was a modern Pinocchio story
Read more
Report abuse

Pam
5.0 out of 5 stars Sci fi fairytales - what a fun idea!!
Reviewed in the United Kingdom on February 17, 2019
Verified Purchase
Once upon a star is a really fun set of short stories that are perfect for a quick read. They are all unique and I enjoyed the sci fi twists. One of my favourites in the set is Echo by Nikki Jefford, it’s a retelling of Pinocchio and it’s a heart warming tale of a female cyborg who wants to be a woman, I thought the world building was amazing and wished the story had been longer. 5 stars for this anthology 🥰
Read more
Report abuse

Renee
5.0 out of 5 stars Fantabulous fairytale retellings
Reviewed in Australia on February 18, 2019
Verified Purchase
Once Upon a Star is a collection of 14 SF-Inspired Faerie Tales, which is a fantastic a different concept for fairytale retellings.

Review for Echo by Nikki Jefford
Echo is a Pinocchio inspired story, but with a twist on the storyline and characters which is brilliant.
Nikki Jefford has done an amazing job creating this story, with Echo being just a mischievous and constantly seeking adventure, as the character the story was inspired by. I highly recommend this beautiful story.

Tags that will help you discover similar books. 4 tags
anthologiesmythology & folk talescyberpunkscience fiction & fantasy
Results for:
Page 1 of 1Start overPage 1 of 1
Previous page
Next page
Where do clickable book tags come from?
Book tags are created from a variety of sources, some of which are customer-generated. Amazon is not legally responsible for the accuracy of the tags represented. If you are an author or publisher and would like to remove a tag associated with your title, please contact your vendor manager or publisher support team.
Back to top
Get to Know Us
Make Money with Us
Amazon Payment Products
Let Us Help You
EnglishChoose a language for shopping. United StatesChoose a country/region for shopping.
© 1996-2021, Amazon.com, Inc. or its affiliates