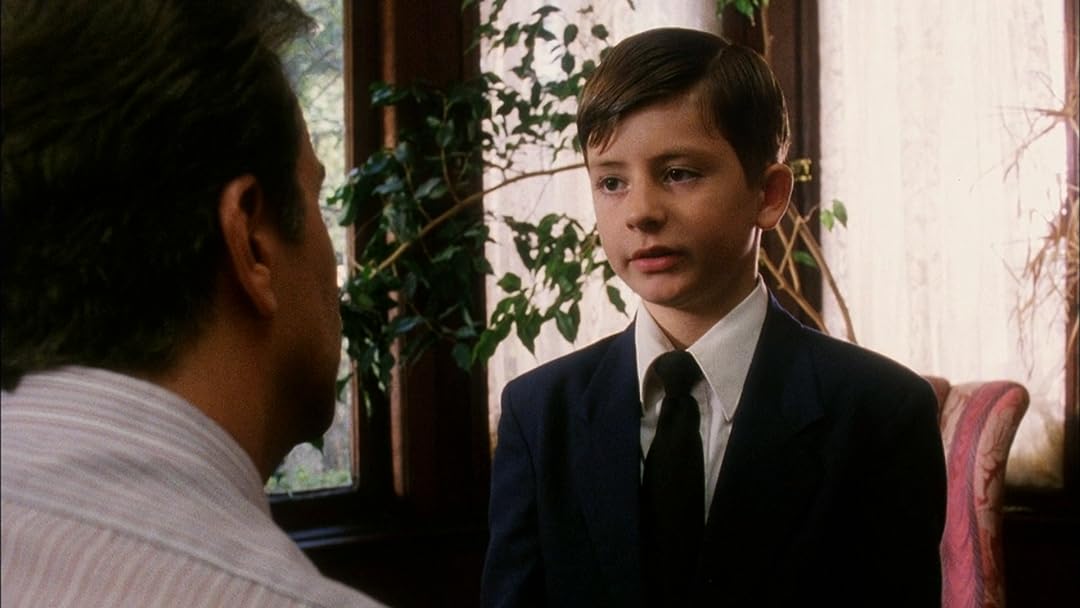 LeaReviewed in the United States on November 29, 2018
1.0 out of 5 stars
A disappointment
Verified purchase
Henry Winkler as usual gave a wonderful performance and the little boy did also. However I felt the context of the movie dealt with too much anger. It showed the bad side of a man who was supposed to be a Dad. His cheating & lying & stealing are not what I would want my children to see. I do not recommend the movie for family viewing and if I had my choice I would have never ordered the movie in the first place. I ordered the movie based on reviews. Perhaps those that reviewed the movie didn't see anything wrong with anger, hatred, lying, stealing, cheating and a lot of the negative aspects of the movie. Sorry I did see the negative side.
59 people found this helpful

Bonnie T. MinchReviewed in the United States on February 1, 2019
2.0 out of 5 stars
This movie was not to my liking
Verified purchase
This movie was advertised as a "different kind of Christmas story." That was very true, but it's a movie I never want to see again. It started out depressing with "dad" stealing "son's" money early in the movie and then deteriorating from there to the end. I kept waiting for at least an ending which would make me feel better about the whole movie, but the ending was even more depressing than the beginning.
17 people found this helpful

Humor LoverReviewed in the United States on December 5, 2018
3.0 out of 5 stars
Not one for my Annual Favorites list.
Verified purchase
Great production values, very strong acting, but not a feel good movie. (Only noticed after we got it that it's based on a Truman Capote story.) Bought it because of Katherine Hepburn--I'm a lifelong fan. It's one of the last two films Hepburn did, and sadly her tremor was so advanced it got in the way of her performance. The cast did a fine job, however I felt the screenplay was not as strong as it should have been. Glad I saw it, but I don't think I'll watch it again.
16 people found this helpful

Robert L. AndersonReviewed in the United States on December 22, 2020
5.0 out of 5 stars
A FAIR TV MOVIE
Verified purchase
i GAVE THIS 5 stars because of the WONDERFUL service from the seller Half Price BOOKS. The movie was called "One Christmas", and it was not scheduled to arrive until after Christmas ! But I guess the seller seeing that it was a Christmas movie rushed it to me now before Christmas. Now that it very considerate and good business and I shall recommend Half Price BOOKS To my friends.
Now as for the TV movie itself, I wouldn't even give it 3 stars. And CHRISTMAS is not the theme of the storyline. It's just events that happened to a 'torn' family in the 30's. Katharine Hepburn is billed as the star although she is only on screen about 15 or 20 minutes. And there are two other great actors who have about 5 minutes and they are the great Julie Harris and Pat Hingle. For fans of these big stars this is a great disappointment. Why do they do this ? Henry Winkler has a good dramatic role as a 'ne'er-do -well' father who has a young son coming to spend Christmas with him. He hasen't seen the boy since he was a baby. His wife has been in an institution and that's probably what's broken up the marriage. The boy had been staying with a cousin as I understand the story. The relationship doesn't go to well as the boy realizes that his father is a scoundral, a con-artist, a lier, and a user of women with money. Swoosie Kurtz plays the most most dramatic rolr as on of the father's victim's, but she loves him anyway, but finally learns her lesson. The movie was fair. some may like it better than I did. But don't buy this TV movie if you think it's a 'Katharine Hepburn' movie or a Christmas movie for that matter, because it's not. In spite of the title, ONE CHRISTMAS.
One person found this helpful

SaintRochReviewed in the United States on April 13, 2016
5.0 out of 5 stars
Great Story, Excellent Acting.
Verified purchase
This is a great movie. From a story by Truman Capote, the characters are excellent, the actors are really wonderful in their roles (Henry Winkler, Katharine Hepbrun, Swoozy Kurtz, need I say more? ) and the setting is New Orleans! I saw it with my great-grandson who loves it too..it's a great movie the whole family could enjoy but it's not your average christmas story. It's really about relationships and mending them (or not). We're already watched it several times and I 'm sure it will remain a favorite.
17 people found this helpful

SallyReviewed in the United States on April 14, 2015
4.0 out of 5 stars
Good story for older kids
Verified purchase
This is not a typical Hallmark kind of movie. It is filled with imperfect people living imperfect lives. I think that is why my teens liked this movie so much. I thought half way through I may have made a mistake buying this, but my teen boys were as touched by the story as my daughter. Maybe they could relate to the father-son dynamic which is far from perfect. In the end this is a story of accepting and loving people for who they are, and that a good lesson for the holidays
22 people found this helpful

Deborah A. KaatzReviewed in the United States on January 10, 2021
4.0 out of 5 stars
Boy comes home to find a father dependent on others, and does not know how to tell the truth.
Verified purchase
Good Christmas movie, I was very disappointed that Harry Whinklier was a drunk, and stole money from women. After seeing the stat in Happy Days it is hard seeing him play a person xou dislike and unkind o his son. I almost stopped watching when he slapped his son! If you can stop thinking of him as a nice guy, as Fonzy, then you might like the movie. Be prepared to have a Kleenex box handy and wipe tears away!

Matt KDReviewed in the United States on May 29, 2018
5.0 out of 5 stars
Beautiful, I love it.
Verified purchase
Really enjoyed it, great movie with great actors. A 5 star movie. The ending also had me in in tears.
2 people found this helpful
See all reviews
Back to top
Get to Know Us
Make Money with Us
Amazon Payment Products
Let Us Help You
EnglishChoose a language for shopping. United StatesChoose a country/region for shopping.
© 1996-2021, Amazon.com, Inc. or its affiliates