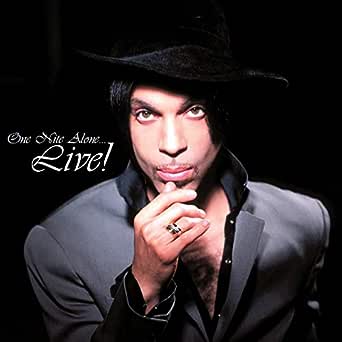 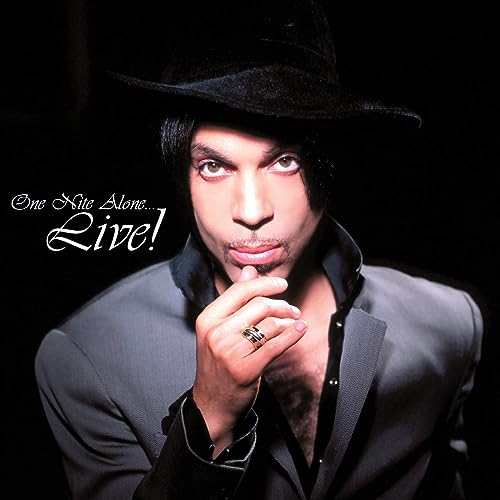 Prince
4.8 out of 5 stars 182 ratings
See all 7 formats and editions Hide other formats and editions
Buy the Vinyl album for $48.99 and get the MP3 version for FREE.&nbspCD album ships from and sold by Amazon.com. Terms and Conditions. Does not apply to gift orders. Complete your purchase of the CD album to save the MP3 version to your Music Library.

Listen Now
Buy MP3 Album $14.99
Your Amazon Music account is currently associated with a different marketplace. To enjoy Prime Music, go to Your Music Library and transfer your account to Amazon.com (US).

4.8 out of 5 stars
4.8 out of 5
182 global ratings
How are ratings calculated?
To calculate the overall star rating and percentage breakdown by star, we don’t use a simple average. Instead, our system considers things like how recent a review is and if the reviewer bought the item on Amazon. It also analyzes reviews to verify trustworthiness.

gltrwatr
5.0 out of 5 stars This CD showcases how brilliant Prince was in concert with excellent sound quality.
Reviewed in the United States on September 28, 2018
Verified Purchase
This was the only official concert CD released by Prince during his life, so it captures his brilliance in a way that all those bootlegs couldn't due to their poor audio quality. The unique thing about this concert is that it focuses on the little known Rainbow Children album that was about his Jehovah Witness faith. Despite my own resistance to organized religion and Prince's moments of preachiness here, the music is absolutely stunning! So, if you want some excellent Prince music that might be unfamiliar to you and are not offended by religious references, this is definitely for you. For those who mainly want to have a concert release that is focused on his hits, wait and see what the estate releases in the future.
Read more
8 people found this helpful
Helpful
Comment Report abuse

P. Webb
5.0 out of 5 stars Intimate, live, and legendary
Reviewed in the United States on June 4, 2020
Verified Purchase
This is a fabulous representation of the WNPG era Prince band captured live on purple marbled vinyl. Maceo and the horns sound incredible on this release as does their intrepid leader. I cannot recommend this release highly enough if you are even a mild fan, be warned though I was unable to redeem the included download code from the WE ARE VINYL site and one side of one of the four platters had some scratches on the tracks that interfere a little with clear playback. "Hands up for love!"
Read more
One person found this helpful
Helpful
Comment Report abuse

Richard
4.0 out of 5 stars Finally--Prince LIVE
Reviewed in the United States on June 5, 2020
Verified Purchase
Fans have been waiting for decades for an official live album, and this delivers! Having attended the tour, I can attest that this album captures the feel of the shows. Really only 2 complaints:
1. It is culled from multiple shows instead of just one show. I'm not sure if this matters, but personally I'd like to have a record of one true night. That said, you can't tell they tracks are from different shows.
2. Not enough "classics." Yes, I know this tour was not about the classics, and that's fine, but it's just a shame that the first live album has only medleys of his nest know songs.

Edarai13
5.0 out of 5 stars Glad it's on vinyl finally
Reviewed in the United States on September 14, 2020
Verified Purchase
This era of Prince is a pinnacle of his transformation into the greatest live performer ever. His first official live album is pressed to vinyl finally. Takes me back to when I went to a lot of these one nite alone shows. Amazing memories encapsulated.
Read more
Helpful
Comment Report abuse

Steven P. Troy
5.0 out of 5 stars KILLER! Enough Said!
Reviewed in the United States on April 4, 2020
Verified Purchase
i am so impressed by this Prince release.smooth complete concert with no gaps..awesome audio is an understatement.this is totally worth the price for the MP3.
are you kidding?? CD going for over 700 dollars.
Read more
Helpful
Comment Report abuse

BIG AL
5.0 out of 5 stars vinyl sounds great
Reviewed in the United States on June 6, 2020
Verified Purchase
Prince was one of a kind. Such a amazing performer and artist. One of the greatest guitar players ever. This is such a great sounding live preformance. If u don't have it get it ,If u don't get it your loss!!!!!!!
Read more
Helpful
Comment Report abuse

James Wheatley
5.0 out of 5 stars EXCELLENT
Reviewed in the United States on August 26, 2020
Verified Purchase
This is the best recording of a Prince concert. This is a professional recording of his show.
Read more
Helpful
Comment Report abuse

Mr. M. Victory
1.0 out of 5 stars Poor pressing quality control across multiple batches
Reviewed in the United Kingdom on June 18, 2020
Verified Purchase
Seems like there is a pressing defect affecting a large number of these. I've had four copies all with right channel crackle affecting disc 3. Comparison with the CD release show this is not tape related. This only occurs with disc 3 and it has been consistent on 4 copies of it I've had so far. if you search online you'll see that this is a common problem, consistently on disc 3. The mastering of this set is far better than the CD but quality control has let it down massively. Avoid.
Read more
Report abuse

khjarrow
1.0 out of 5 stars Bit of a let down
Reviewed in the United Kingdom on June 4, 2020
Verified Purchase
Large scratch on the back of the outer card sleeve so not happy about that. Haven't played the records yet as dreading it after the solo piano experience was a let down with sound quality.
Read more
Report abuse

Robert Turp
5.0 out of 5 stars Prince playing live
Reviewed in the United Kingdom on July 12, 2020
Verified Purchase
So many good live songs capturing him playing The Rainbow Children and other not so well known songs.
Read more
Report abuse