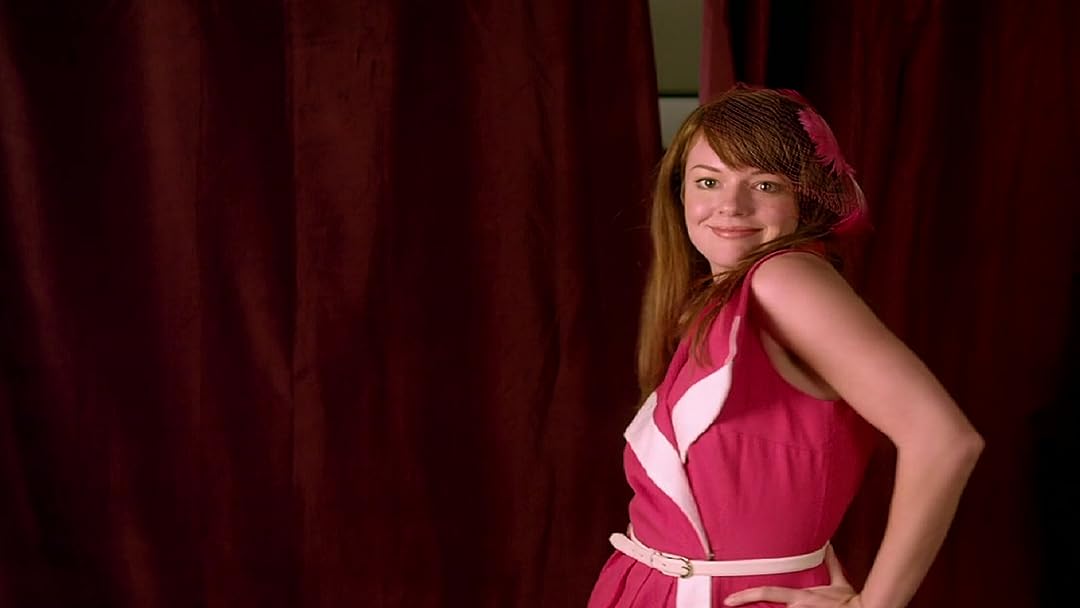 (466)
6.61 h 45 min201513+
On a flight home to Chicago for a family wedding, childhood friends Josh and Molly agree to fake an engagement for Josh's dying father. Things get crazy when their two boisterous families collide and cause them to start planning a phony wedding.

SueReviewed in the United States on October 24, 2018
1.0 out of 5 stars
If I could give this movie ZERO stars I would.
Verified purchase
TERRIBLE movie. I did not like it at all. The attitude toward sex being "casual" and something you can do for fun was disgusting and offensive. There are no morals in this movie. If you are looking for a movie where sex is reverenced and honored as a husband and wife ONLY gift from God then SKIP THIS MOVIE. Disgustingly immoral. Not worth your time.
61 people found this helpful

I don't think I can give enough credit to Aubrey Dollar. She takes her character, inhabits her, and makes you fall in love with her. I can see how Josh ends up where he does. And while his character is more laid back, there are moments where the film really shows their chemistry to best effect. And like the best such scenes, it's the small things, the momentary interactions and rapport, that make this.

Add to this supporting cast who can shine and paint a convincing character, not just a foil. Spence is particularly good at this, as Molly's sister-in-law. And Josh's "hook up" interest, contrary to where stereotype might take such a character, proves herself to be surprisingly and refreshingly sympathetic.

No, not everything is perfect. This is still a smaller, independent production. And it has a few quirks. Ones that, if you like the film, can actually be kind of endearing. But it works very well in the essentials, including script, timing -- kudos again to the actors, as well as the editors -- cinematography, and editing. And the music! (Including some that is definitely local; you wouldn't know about it, otherwise.)

As others have commented, this is a film I find myself watching repeatedly. It never fails to lift my spirits -- and wish for my own Molly, fire and all, especially the heart and humor.

It's become sort of my personal contemporary independent Chicago film exemplar. Something I stumbled across and came to own as such. I found another one that is similar for me, for New York: "Alto". These little slices, well done and with a lot of heart, that are like a personal souvenir one holds on to as a reminder of a place and time that's special to them.

Oh, and I almost forgot to mention: This film carries some of that sentiment, itself. For example, the references to John Hughes and his films set in Chicagoland, that captured a time and adolescence for a generation that has now gone on to reflect upon our time and place. While remembering that heart.

(I'll add that, perhaps less noticed, the exterior of the frame shop is a building that IIRC is just west of the house that was the exterior of John Candy's home in "Only the Lonely", a film on which Hughes was a producer. And Candy starred in his earlier "Uncle Buck".)

Nancy A. FoxReviewed in the United States on August 27, 2018
5.0 out of 5 stars
Charming, Fun, Enjoyable
Verified purchase
Delightful pairing and excellent supporting cast make for an enjoyable evening in. I'm surprised we haven't had more movies from director, John Burgess.

Tried and true story of a fake engagement to make a parent happy, with the fake fiancees eventually realizing that perhaps they really do love each other. Nothing groundbreaking here, but the journey is so much fun. The two main actors Shane McRae and Aubrey Dollar are terrific and have great chemistry. The supporting cast is also extremely well cast, especially the actresses playing Molly's mother and sister-in-law.

The movie besides being well cast, is also well-directed and edited. It also has a very good score, with well-chosen songs to illustrate the characters' journeys. For those interested in that sort of thing, there is no nudity in the movie. There is a lot of sexual talk and innuendo, but there are no sex scenes in the movie. Probably not really suitable for someone under 14.

My main quibbles with the movie are 1) Don't Josh and Molly have jobs? How can they afford to just decide to stay in Chicago for a month? 2) In spite of his friends with benefits relationship, Josh doesn't really seem to be quite the lothario that he is made out to be. However, even with these slightly annoying things, this is a cute movie with charm to spare.

I hope you'll take a chance and watch this little gem.
21 people found this helpful

SithReviewed in the United States on May 5, 2020
5.0 out of 5 stars
I'm going to have to turn in my man card.
Verified purchase
Yes the movie is paint by numbers, but after watching at least a dozen real snooze·fests on Amazon Prime thanks to Covid-19, my wife finally picked a good Rom-Com. Yes good, and Rom-com are generally a oxymoron. But to all you guys, and gals who enjoy the Lifetime Channel, you know who you are, check this movie out. Your SO might not fall asleep watching this one. IMHO this movie makes more sense, and definitely has more chemistry than most of those Rom-coms with bigger names, and even bigger budgets. The movie is rounded out with great acting (Aubrey Dollar really shines), and an excellent supporting cast. Formulaic does not equate to bad, if it is well done, and this movie is done right. This movie tugged my heartstrings, but more importantly this movie did something even pure comedic movies have failed to do lately, it made me laugh. I gave this movie my greatest complement, I re-watch it.
11 people found this helpful

JMReviewed in the United States on March 4, 2021
1.0 out of 5 stars
It went downhill fast
Verified purchase
I liked the actress who played Molly, but the writing and plot were horrible. I thought this was going to be a cute rom-com but it went downhill fast. Whoever wrote this is far removed from viewer expectations when it comes to romance. Cheaters never win, and even though they weren't actually in a commitment relationship, they were supposedly developing real feelings during this "fake engagement."

The main guy, Josh, convinces his dying father that he's getting married to his best friend’s little sister, Molly. At the same time, he's drooling over an ex-girlfriend who he then sleeps with. Molly convinces him to sleep with her too, but he goes back to the friend with benefits after sleeping with Molly. Then Molly says she can't do it anymore and says she loves him. He seems unaffected and doesn’t contact her. At the end, his father has a heart attack that turns out to be a false alarm, but Josh shows up to the hospital with the friends with benefits chick who is hanging all over him and he allows it. He seemed more into her than Molly, but he proposes to Molly right there.

Then flash forward, Molly is having a baby and guess who the nurse is? The friends with benefits chick. Talk about laughable. Who comes up with this stuff? It was horrible and made Molly seem pathetic that she would want someone like that.
3 people found this helpful

Big MommaReviewed in the United States on July 20, 2018
5.0 out of 5 stars
Tender and romantic
Verified purchase
What did I like the most? The acting. The city (Chicago). The dialogue. The sweet sweet love story.

What did I like the least? I would have pumped a lot more money into the production, although I think Chicago looks more realistically like itself than in many films made there.

I was not familiar with the actors (except for Travanti). They were all perfectly suited to their roles. The sexual tension was gentle but grew in strength through the course of the the plot, which also made the main characters' story more believable. I liked this movie a LOT.
13 people found this helpful

AbbygaleReviewed in the United States on August 6, 2020
4.0 out of 5 stars
LOVE THE MOVIE. I REPLAY IT EVERYDAY/NIGHT
Verified purchase
Okay, first things first is that this movie could be better. Great story, not a bad execution, but maybe with more money into it it could've been a whole lot better. Yes the acting...well let's just say it's not as great as we want it to be BUT. There a BIG BUT. THE MOVIE MAKES YOU FEEL SO GOOD THAT YOU WILL PUT ALL OF THAT ASIDE. I don't know why, or what's with this movie that it's so addicting I have watched it almost a hundred times already. and no, I am not exaggerating. The first time that I put this on was I was looking for something similar to the proposal. and no the proposal is flawless. this movie isn't which is not terrible either. But I just wanted to put it as you know a background noise, or just to keep the tv running. But I ended up just sitting on the couch watching the whole thing. And I did it again and again. and now, I put it on before going to bed. (Don't get me wrong, I'm not obsessed with it, and I don't watch it all the time) There is just something about this movie that makes you feel good, light, fluffy, and just...I don't know how to explain it but calm, and just right. anyway. Just WATCH iT!
3 people found this helpful

Mark Allan KaplanReviewed in the United States on September 7, 2018
4.0 out of 5 stars
Wonderfully surprising, sweet and touching
Verified purchase
While not a classic, there is something about this movie I love. I have watched it several times and it just makes me feel good. Simple story, solid acting, and a nice balance of seriousness and fun, depth and simplicity. There feels like a lot a chemistry happening between the cast members and Daniel Travanti gives perhaps his most subtle and beautiful performance in a long time...especially the porch scene. To me this is a perfect little feel good movie...that also says something ephemeral about love...how it can sneak up on us when we least expect us and surprise us...and how family can simultaneously drive us crazy and bless us all at the same time. And while the message and the tropes are well worn...somehow I feel a freshness to them.
11 people found this helpful
See all reviews
Back to top
Get to Know Us
Make Money with Us
Amazon Payment Products
Let Us Help You
EnglishChoose a language for shopping. United StatesChoose a country/region for shopping.
© 1996-2021, Amazon.com, Inc. or its affiliates