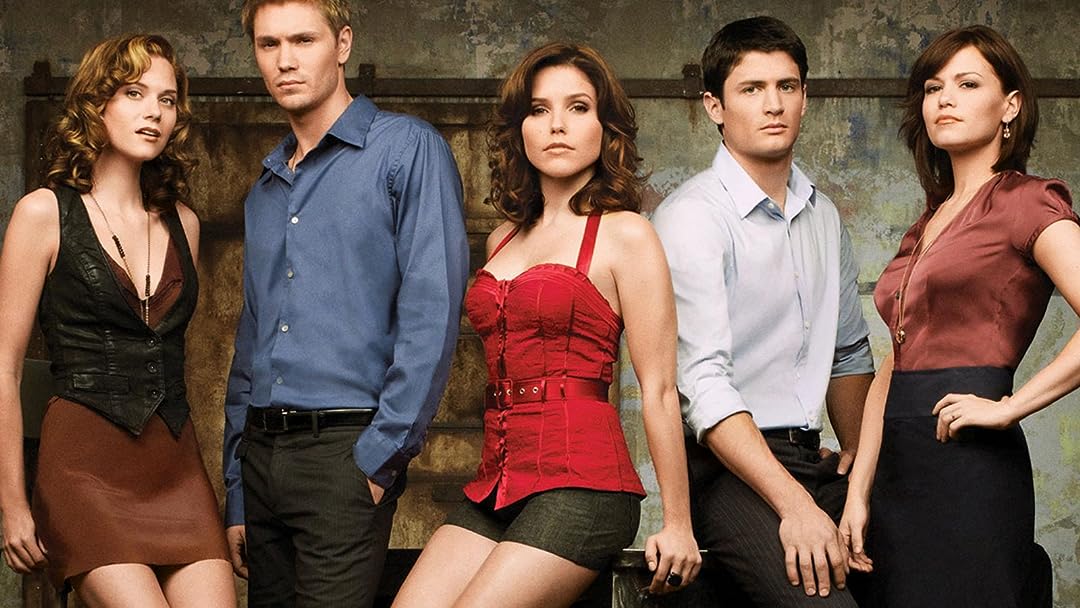 (1,039)
7.82005X-Ray13+
In season two, as Nathan is increasingly brought into the world Lucas knew before he joined the high school team, the two boys begin acting like brothers, not enemies, for the first time.

Amazon CustomerReviewed in the United States on January 6, 2018
3.0 out of 5 stars
Huge fan of this show but certainly not Amazon!
Verified purchase
Best show ever!!! Just not a fan of Amazon!!
Customers should not have to buy additional items to stream movies and shows purchased on Amazon. It is a financial burden for me to have to purchase a fire stick made by Amazon even though I have a Chromecast that works great. I think it is outrageous to force customers to buy your product because you can, if they want to be able to stream. I am very dissatisfied with the purchase of my very favorite tv series because i am limited to watching it on my ipad. All because I purchased through Amazon. I bought 2 seasons from VUDU and that app gives me no trouble streaming to Chromecast. However the price per season was cheaper on Amazon. Who wants to watch shows on a small iPad when I have a very nice tv. I feel that if customers are purchasing through Amazon then Amazon shouldn’t make life so difficult! Not everyone wants an Amazon Fire stick. I certainly DO NOT want Alexia or and voice control feature in my home. There again Amazon is forcing customers a feature they may not want because you can’t just get a Fire Stick with a regular remote. My Chromecast functions just fine and it would be great if Amazon would stop trying to control customers and allow content to be streamed on any device!! Im spending my hard earned money to Amazon then I should be able to watch the shows/ movies on any device I want, including streaming through Chromecast!!!!
One person found this helpful

JamieReviewed in the United States on May 15, 2014
5.0 out of 5 stars
One of the Best Seasons of this Show
Verified purchase
Season 2 was great; it showed Nathan and Haley deal with being married in High School, Lucas focusing more on his relationship with Dan rather than Peyton and Brooke, and Keith meeting Jules. Brooke loses her parents' money and Peyton goes through her victim dramas as usual. Deb and Dan always make this show interesting and funny; especially Dan. When re-watching this show you can really see how week after week his character gets more and more wicked and lays the groundwork for what he does in season 3. The last episode was perfect; the music the character's relationships, everything had built up to this moment and it was executed perfectly, Must have for fans of the show.
2 people found this helpful

234578hReviewed in the United States on January 2, 2015
5.0 out of 5 stars
A review through the eyes of a teenager
Verified purchase
This season is even better then the first, with improved story lines and even more character developments. I would strongly recommend this show. Not only is it always interesting and exciting, it also is very relatable for teens like myself who can experience very similar conflicts and drama in their life. It stands out from other shows immensely because of the sports factor. The acting is good and the main characters are able to convey good emotion. Another thing I like about this show is all the characters have very different personalities which makes the show very interesting to see the different ways they cope with their problems and eachother. These are just some of the many reasons I strongly recomend this show.
2 people found this helpful

a.arangoaReviewed in the United States on July 23, 2021
5.0 out of 5 stars
one tree hill dvd
Verified purchase
bought it to rewatch one tree hill. happy to have it.
One person found this helpful

Michael AshtonReviewed in the United States on February 1, 2021
5.0 out of 5 stars
5 stars
Verified purchase
One of those rare shows where season 2 matches the originality of season 1. Combined with great performances across the board, One tree hill season 2 carries the show to new heights

Leah-SReviewed in the United States on April 12, 2013
4.0 out of 5 stars
Season 2
Verified purchase
I really enjoyed this show all the way from season 1-4, they did a good job; it was mindless entertainment & held my attention. It’s a real shame that the show went on as long as it did though.
Season 2 was decent, they introduce some interesting characters.
DVDs: All discs work great, the menus are straight forward & easy to use.
If you’re a One Tree Hill fan, this is a good one to add to your collection.

Josep GabarrosReviewed in the United States on September 4, 2006
5.0 out of 5 stars
This tv show is awesome
Verified purchase
I saw the first season on tv and quickly i bought the first one on dvd. The same with the season two. This is an amazing and highly addicted tv show.

I'm expecting to see the third season on dvd.
2 people found this helpful

Leslie K.Reviewed in the United States on March 25, 2022
5.0 out of 5 stars
Great Show!!
Verified purchase
One of my favorite Seasons of OTH....so happy they had this 4sale
See all reviews
Back to top
Get to Know Us
Make Money with Us
Amazon Payment Products
Let Us Help You
EnglishChoose a language for shopping. United StatesChoose a country/region for shopping.
© 1996-2022, Amazon.com, Inc. or its affiliates