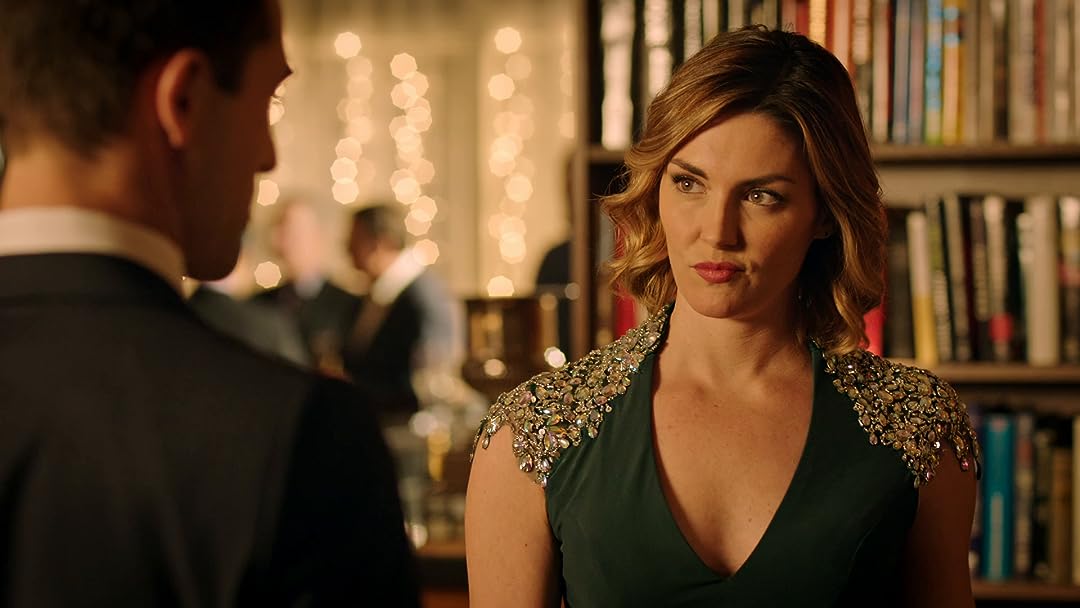 (75)
1 h 24 min2018X-RayNR
Cara, a magazine writer, who gets burned by her boyfriend on New Years' Eve, decides to go on a dating detox. Challenged by her employer to write about it, she hopes a ski getaway with her best friend will spark inspiration.

H. BalaReviewed in the United States on November 19, 2020
5.0 out of 5 stars
the start of something good
But maybe some plot spoilers.

In Seattle, Cara Reneau (Taylor Cole) writes for Mallory Magazine and covers the relationship beat - check out her latest article: "Top 20 Dating Ice-Breakers." But what Cara really wants to do is write mysteries. And good news: The Berkeley grad program for creative writing that she applied to? Just accepted her. So now Cara has a choice to make. Keep on keeping on with Mallory Magazine - where her boss (Kristen Harris) makes up the headlines and then assigns her staff to write the rest - or take a leap of faith to live out her dream.

She's got some time to make a decision. It's New Year's Eve, and Cara and her best bud, Megan (Rukiya Bernard), are about to crash Cara's boyfriend's party. This is sometimes not a good thing. At the party, Cara catches her guy smooching another girl :(

Cara goes on a dating detox. Ixnay on dating! Except her boss isn't okay with that. She asks, how can Cara expect to write relationship articles when she's not in a relationship? Or dating?

Cara's best bud, Megan, is bummed. The person she was supposed to go with on a snowboarding weekend holiday can't make it. Megan wonders if she can get her money refunded. But hold up! Could Cara go with?

Cara could go, and Cara's pretty stoked. She likes to snowboard. Thing is, her boss just tasked her with writing three articles over the weekend. No matter. Cara takes her work with her. Fondue bar, fresh powder, snowboarding, let's gooo!

As you know, Hallmark recycles more than the Samsara. I can't recall in how many other Hallmark movies this plot coinceit happens, but Cara and Megan arrive at the Clara Lake Ski Resort only to find that their chalet has been double-booked. The surprise occupants are Ben and Sean, two young bachelors. Sean (Dewshane Williams) is a surgeon, but who the heck knows what Ben is? And here comes another trope. Ben and Cara right away foster a mutual aversion. You know what that means.

As much as she dislikes him, mystery man Ben Livingston (Jack Turner) piques Cara's curiosity. What's with his curious meetings and late night deliveries and that $500 welcome gift basket?

ONE WINTER WEEKEND put the capper on Hallmark's 2018 Winterfest run of movies that aired in that January. It was a good haul; I liked all four movies. I'm a fan of Taylor Cole. She's more stunning than a hammer fist to the back of the head, and I've liked each movie I'd seen her in so far. The romance between Cole and Turner is fine, even if it plays out like clockwork. Their chemistry is just as good here as it was in their 2016 Hallmark movie, MY SUMMER PRINCE. What threw me for a loop was that the script allowed a supporting character to have a fairly meaty story arc. Good for Megan who has her own decision-making to do. Rukiya Bernard is upbeat and very natural onscreen, and her role of Megan is decidedly a big win for the movie.

I appreciated the breathtaking scenery. Makes me wish I knew how to ski or snowboard or walk in snow just so I can get on that fresh powder.

On the headshaking side - and, remember, spoilers - how does one exactly double-book a chalet when one of the occupants is a V.I.P. C.E.O.? Folks who do that get sacked in a hurry.

I'm just glad there wasn't an ex to show up to try to ruin the party. That's another one of Hallmark's go-to ploys in an effort to drum up dramatic conflict.

If nothing else, this movie made me aware that there were such things as wine charms. It's neat to learn stuff.

As you know, ONE WINTER WEEKEND launches the pretty terrific "One Winter" trilogy. ONE WINTER PROPOSAL premiered in 2019, with ONE WINTER WEDDING set to air probably in January 2021 for that year's Hallmark's Winterfest programming.

You BetchaReviewed in the United States on January 24, 2022
5.0 out of 5 stars
Heartwarming
Loved this movie and thrilled there was another to follow One Winter Proposal!

Cornelia AmiriReviewed in the United States on January 20, 2021
5.0 out of 5 stars
A great January RomCom - it's sequel is One Winter Proposal
Verified purchase
I enjoyed it, it was a sweet, fun rom-com. I felt there was good chemistry. And It’s good for January because it starts off with a New Year’s Eve party. I streamed it and it's sequel - One Winter Weekend - back to back.
See all reviews
Back to top
Get to Know Us
Make Money with Us
Amazon Payment Products
Let Us Help You
EnglishChoose a language for shopping. United StatesChoose a country/region for shopping.
© 1996-2022, Amazon.com, Inc. or its affiliates