Oneness Embraced and millions of other books are available for Amazon Kindle. Learn more
Share <Embed> 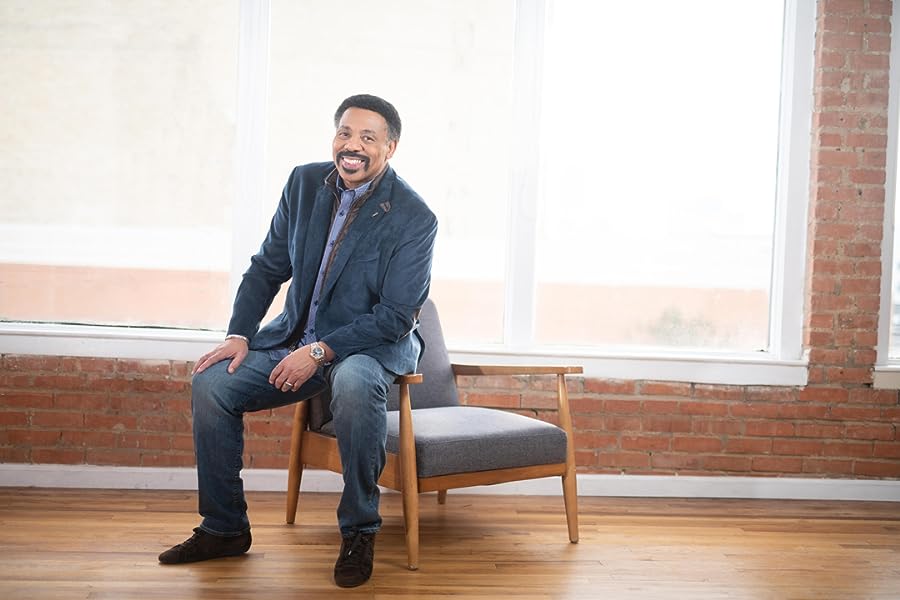 Oneness Embraced Lib/E: Reconciliation, the Kingdom, and How We Are Stronger Together Audio CD – Unabridged, January 1, 2019

DR. TONY EVANS is the founder and senior pastor of Oak Cliff Bible Fellowship in Dallas, founder and president of The Urban Alternative, former chaplain of the NFL's Dallas Cowboys, and present chaplain of the NBA's Dallas Mavericks. His radio broadcast, The Alternative with Dr. Tony Evans, can be heard on over 1,200 US radio outlets daily and in more than 130 countries. Dr. Evans launched the Tony Evans Training Center in 2017, an online learning platform providing quality seminary-style courses for a fraction of the cost to any person in any place. The goal is to increase Bible literacy not only in lay people but also in those Christian leaders who cannot afford nor find the time for formal ongoing education. For more information, visit: http: //www.TonyEvans.org.

Mirron Willis--actor of film, stage, and television--is the winner of the prestigious Audie Award for best narration in 2012 and a finalist for the Audie in 2015, as well as the winner of four AudioFile Earphones Awards for his audiobook recordings. He has worked extensively in film and television and on stage with the Oregon Shakespeare Festival, the Houston Shakespeare Festival, and the Ensemble Theatre, among others. He has recorded some 150 audiobooks, including the Smokey Dalton series by Kris Nelscott and My Song by Harry Belafonte. He resides and records audiobooks on his family's historic ranch in East Texas.

Start reading Oneness Embraced on your Kindle in under a minute.

4.8 out of 5 stars
4.8 out of 5
699 global ratings
How are ratings calculated?
To calculate the overall star rating and percentage breakdown by star, we don’t use a simple average. Instead, our system considers things like how recent a review is and if the reviewer bought the item on Amazon. It also analyzes reviews to verify trustworthiness.

S. Harrington
5.0 out of 5 stars Timeless
Reviewed in the United States on July 6, 2020
Verified Purchase
Tony Evans is the voice of reason and clarity in the ongoing challenge of racial reconciliation. This book, although first published in 2015 is just as relevant as the racial issues we are facing today. What makes this book timeless is Tony Evan's recognition that the issue is not one of race as it is a spiritual issue. As long as we continue to try and solve the cultural challenges with a man-made agenda we will continue to go around and around in the same endless patterns. True change will only come about when the heart of humanity is changed through the gospel and the implementation of what Dr. Evans refers to as the Kingdom agenda, allowing God control over every facet of life. Dr. Evans is a great writer and communicator. I highly recommend this book.
Read more
19 people found this helpful
Helpful
Report abuse

JNORRIS
5.0 out of 5 stars A Must Read for Today
Reviewed in the United States on July 9, 2020
Verified Purchase
This book was written well before George Floyd was killed, but it was definitely written as an answer to the issues plaguing our nation. Evans presents a well balanced and biblical perspective that is rich with accurate historical facts. I loved every thing about it. Get it, read it and allow your heart to be changed by it.
Read more
10 people found this helpful
Helpful
Report abuse

Shyla
1.0 out of 5 stars Surprisingly hypocritical
Reviewed in the United States on March 20, 2021
Verified Purchase
I bought this book because I heard Tony on the radio talking about it. I love hearing Tony on the radio. He always speaks truth. So I got his book. I am on page 156, and honest to God I don't think I can read another word. His writing dont match what I hear him preaching on the radio. I don't feel any love or forgiveness coming from this man. That's the only reason I've read as much of it as I have. I thought he'd have some real answers to uniting the races, but he's only fueling the hate toward the white folks. Most white folks ancestors never owned slaves. Most poor white folks worked in the fields with the black slaves. We worshipped God together back then. He says whites would only go to a black church to be entertained. Whites will never willingly submit to black authority. He's right about defining our racial divide as a disease (pg. 23). We'll never unite with such hatred held in hard hearts. When folks are ill informed and lied to on the daily it's easy to ignite these flames. On page 95 Tony describes a study done by Anderson Cooper. A man who came from old money, who hides behind the lies he tells, a man of no Godly integrity, who works for a company who tells him what to say... why would anybody trust a word coming from Anderson Cooper? I grew up poor. I didn't have any privilege. My ancestors never had any privilege. My ancestors were slaves too. Why am I hated just because I'm white? If anyone wants real truth from a black man it's not coming from Tony Evans. Try Thomas Sowell. The real agenda I understand is not uniting, but revenge. Listen to your entertainment and your news. Whites will pay! Just like the Jews have. Read the bible, you'll see why people suffer as we do. One thing Tony does say - is our problem is not skin, but sin. And he quotes MLK Jr. "We must learn to live together as brothers or we'll perish together as fools." First things first ~ seek God for wisdom and truth ~ not your news and entertainment.
Read more
4 people found this helpful
Helpful
Report abuse

Gabe
5.0 out of 5 stars Classic Work by Dr. Tony Evans
Reviewed in the United States on July 17, 2020
Verified Purchase
This book is classic, captivating, clarifying, very very insightful. A textbook on how to apply the meat of the Word as taught and laid down in the Gospels by The Lord Jesus Christ, the One who fulfilled the law and the prophets. The book’s historical excursion evoked sweet memories of my Varsity education classes and it places in its proper context, the underpinnings of such concepts as colonialism, imperialism. More importantly, the book is a guide for practical Christianity and an instruction roadmap on how occupy for our Lord and Savior in the task of the redemption of a fallen world. I highly recommend this book to anyone who desires an understanding of the contradictions of contemporary American christianity and reaping the gains of One Christ, one love, one faith, One Spirit that Christ want for us. When this happens, we will finally be able to erase the ugly walls of racism and sin of division, which are completely antithetical to the Truth and mission of Our Lord.
Read more
3 people found this helpful
Helpful
Report abuse

gingkogirl
5.0 out of 5 stars Thought provoking.
Reviewed in the United States on November 3, 2020
Verified Purchase
Pastor Evans gives a thoughtful, insightful look at race relations in America and does so from a Biblical perspective. As a Christian white person it is enlightening to learn so much about the history of the Christian black church. Thank you Pastor Evans. This is a must read!
Read more
4 people found this helpful
Helpful
Report abuse

Glen H
5.0 out of 5 stars Great insight to race relations from a Christian perspective
Reviewed in the United States on January 23, 2019
Verified Purchase
If you have struggled with the question about why racism continues in America, this is a must read for some well needed insight. This will provide background information about why this is going to be a long battle, but, one that we must not give up on changing. This also provides what the resolve should be to bring healing for all of us,
Read more
6 people found this helpful
Helpful
Report abuse

pbell93677
5.0 out of 5 stars Very believer needs to read this book!
Reviewed in the United States on October 12, 2020
Verified Purchase
Dr Evans does an excellent job with this book to address the issue of racial division in the church and what must be done to bring about reconciliation. My church is using this book and the videos on Right Now Media in a Small group class that I am facilitating and we are only scratching the surface with the video but the book provides more detail around the various topics that Dr Evans shares in the book. I believe that what Dr Evans shares is that in order for us to start the reconciliation process of race in America, it must start in the church. The church has promoted various myths over the years and although they have not spoken them in last several decades, the leadership of the church needs to repent and denounce them openly so that we can see the change in the Kingdom of God.
Read more
2 people found this helpful
Helpful
Report abuse

bb
5.0 out of 5 stars Oneness Embraced Study
Reviewed in the United States on October 23, 2020
Verified Purchase
Well I ordered this book because we are doing a group study at our church along with another church on the subject of race relations. The study was really great. Our church met with another church of a different denomination and met weekly for 7 weeks. Each church had members attending. After the churches met we also did a zoom meeting with the members of our church also. It was a very good book and everyone that was involved really enjoyed being a part of the study. Great book, well worth the money and lot of interesting topics to cover in the book.
Read more
3 people found this helpful
Helpful
Report abuse
See all reviews
Back to top
Get to Know Us
Make Money with Us
Amazon Payment Products
Let Us Help You
EnglishChoose a language for shopping. United StatesChoose a country/region for shopping.
© 1996-2021, Amazon.com, Inc. or its affiliates