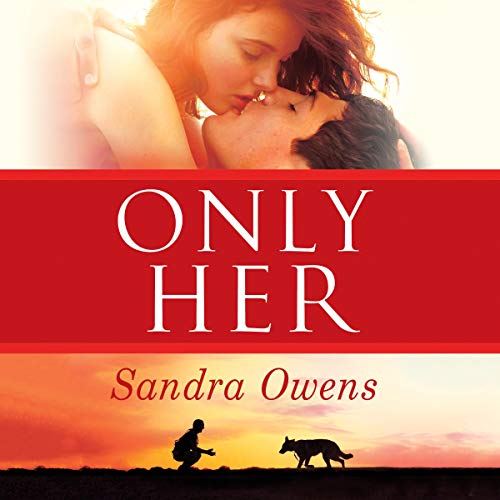 Former SEAL sniper Cody Roberts has returned from Afghanistan with too many demons and a simple wish: to be left alone. Working for K2 Special Services, caring for the war dogs he rescued, playing his guitar - that's all he wants to do. But Cody is as protective as his nickname, "Dog", suggests. A man like that can't sit back when he realizes the beautiful veterinarian next door is being targeted by an unknown enemy.

Riley Austin is desperate to find out who's poisoning her animal patients, and she's stunned by her mysterious neighbor's suggestion that it's personal. But Cody makes her feel something else, too: a powerful attraction. He insists he's no good for her, but those haunted eyes and that chiseled body tell Riley that surrendering to their mutual lust is worth the risk. And despite his conditions - no falling for each other, no regrets once it's over - she'll fight to love him just as fiercely as he'll fight to save her.

Your audiobook is waiting!
Learn more about Membership
List Price: $10.49
You Save: $1.50 (14%)
By completing your purchase, you agree to Audible’s Conditions Of Use
Sold and delivered by Audible, an Amazon company

Susan R. Sanders
5.0 out of 5 stars Saved the Best for Last of the Series
Reviewed in the United States on March 20, 2018
Verified Purchase
Truly LOVED this story. Two people hurting and troubled find each other and a way to heal. Add in a mixture of special dogs and cats - what's not to love? Feisty interaction , suspenseful mystery, new friends, happy beginnings. Although it can stand alone on it's own, this book also brings this series to a VERY satisfying conclusion. Sorry to see it end. Lots of special details sprinkled throughout this story: getting outside help, dealing with trauma & grief, working out relationship issues, caring for & respecting others, creating special new traditions from nothing, not giving up hope, creating special celebrations including loved ones you DO have, sharing good and bad times together.
Read more
3 people found this helpful
Helpful
Report abuse

Merlin7712
5.0 out of 5 stars Good book
Reviewed in the United States on June 13, 2022
Verified Purchase
This is the last of 5 K2 team novels. They are all very good. I would recommend reading them in order. Sandra Owens is a very good author, obviously researching her subjects very diligently. She also writes very well, romance as well as the military thriller components of this series.
Read more
Helpful
Report abuse

Js mom
5.0 out of 5 stars Great ending to the series!
Reviewed in the United States on August 9, 2021
Verified Purchase
This book was a great ending to the K2 series. I hated to see it conclude as I loved the characters and their various stories. The strong men were brought to their knees by equal strong women....love can overcome many obstacles!!!
Read more
Helpful
Report abuse

Traci
5.0 out of 5 stars I Loved This Story...
Reviewed in the United States on August 30, 2018
Verified Purchase
Another great story from Ms. Owens. I like Cody a lot. He's such a caring man, and he shows it with the mutts he brought home from Afghanistan, Sally and Pretty Girl. But the pain he feels for the one left behind, Layla, is palpable. And the pain of the memories that are hidden in his subconscious are too. Riley also feels deeply, especially for her animal patients who are showing up ill. When she meets her sexy new neighbor, the sparks fly. I loved this story. I am sad to see them end!
Read more
Helpful
Report abuse

Kindle Customer
5.0 out of 5 stars A Great 5 Book Series, with Romance & Real World Issues.
Reviewed in the United States on May 16, 2018
Verified Purchase
This Series covers 5 different couples, yet develops Characters that become familiar & likeable throughout. Each book has its own story & issues to resolve, but also a growing familiarity with the Help Flight School setting & context. I have a hard time saying I enjoyed one book anymore than another, so my suggestion is to get all 5, especially if offered in a package.
Read more
One person found this helpful
Helpful
Report abuse

Sandy M
5.0 out of 5 stars LOVED IT! Loved the whole K2 Series
Reviewed in the United States on October 5, 2016
Verified Purchase
I came upon Sandra Owens and the first K2 book a couple of years ago. I loved it and soon after bought the next, then the next book and so on. I really love all the characters she has created. I love the romance and the action and the way she weaves in the previous books characters. LOVE IT ALL. Sandra is one of my favorite romance writers and I highly recommend this series starting wtih the first K2 book. Highly recommend if you like good romance novels, great characters, some action, and some hot and steamy scenes.
Read more
Helpful
Report abuse

gwendolyn shields
5.0 out of 5 stars no matter the genre and be bored or disappointed
Reviewed in the United States on July 20, 2016
Verified Purchase
Sandra Owens is an author who ALWAYS delivers. You will never pick up a book of hers, no matter the genre and be bored or disappointed. She always makes you feel as if you truly know the people,(because they aren't ever just characters, they always seem and feel real) and you root for for them cry for them and always cheer for them at the end. This is her final K 2 series book, and I feel as if I'm losing family. That's how it always is at the end of her books. I always go to the very last page hoping like in the movies there is that last "Gotcha!" Sadly no, but just makes you anxious for the next book.Looking forward to her next series, and new family friends. Thanks Sandra, for another great book.
Read more
Helpful
Report abuse

AntKathie
5.0 out of 5 stars Another fine romance
Reviewed in the United States on December 19, 2016
Verified Purchase
This was a bit different than the other stories in the series. The main characters had a lot of personal problems in their lives and past. I learned things I never knew or fully understood, while they solved the problems of their past. I always appreciate the chance to learn new things when I read. A very good story and closer to an M rating than X in the descriptions of their "romance". An enjoyable series all in all.
Read more
One person found this helpful
Helpful
Report abuse
See all reviews

Kindle Customer
5.0 out of 5 stars YES
Reviewed in the United Kingdom on July 2, 2021
Verified Purchase
This entire series is worth reading but this book is just beautiful. Both Cody and Riley are broken in their own ways but they come together and find love. I love how sassy Riley is and how confident yet vulnerable Cody is.
I loved the background story that brought them together, the suspense and the horror really allowed their story to develop.
I'm sad another series is over but this author can do no wrong. Steamy believable romance!
Read more
Report abuse

Tornado 1
5.0 out of 5 stars Taciturn man and fluffy woman
Reviewed in the United Kingdom on July 31, 2016
Verified Purchase
Oh this is just brilliant. I love military romance and this is no exception. Cody's mind is hurt from his time served from things that can't be undone and things that can't be unseen. He is a hero but don't call him that he wouldn't like it. He did what he did for his country and when he came back his country wasn't the same and neither was he. He left more than his memories behind and his heart hurts because Layla didn't come home with him and he fears she will be forever lost to him. His memories and heart are still in Afghanistan so why is he drawn to the woman across the street and what will her cats think of his dogs, she has a lot more to offer than he thinks. Great writing that had me laughing and tearing up in equal measure. Highly recommend this series
Read more
Report abuse

Ada Arnold
5.0 out of 5 stars The Animal Doctor
Reviewed in the United Kingdom on April 19, 2017
Verified Purchase
Another amazing and brilliant book in this series. Why do animals keep turning up poisoned and all from Riley's practice. What about her sexy and mysterious neighbour Cody with his two dogs and what is his secret which he doesn't want anyone to know?this is also about what happens to some men when they are put in stressful situations in war times and how some of them can overcome it. A great story and a must read.
Read more
Report abuse

Kindle Customer
4.0 out of 5 stars Solid 4.5
Reviewed in the United Kingdom on September 26, 2019
Verified Purchase
Solid 4.5. Great end to a great series. Will start on her other series now.
Read more
Report abuse

marie
5.0 out of 5 stars Avid reader
Reviewed in the United Kingdom on March 27, 2017
Verified Purchase
Just finished reading all the books today. I really enjoyed reading all of them. The characters were great couldn't put the book day. I purchased them before going on holiday SO I had something to read while away so I glad I did.
Definitely worth the five stars I have given.can't wait to read more of her books
Read more
Report abuse
See all reviews