Only His (Fool's Gold Book 6) and millions of other books are available for Amazon Kindle. Learn more 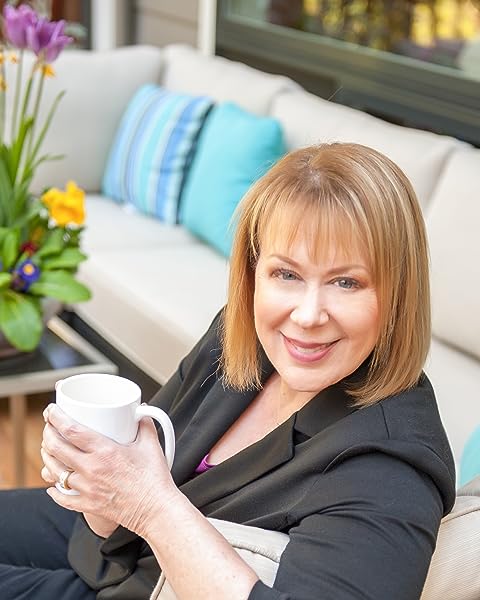 by Susan Mallery (Author)
4.7 out of 5 stars 347 ratings
Book 6 of 20: Fool's Gold
See all formats and editions
Sorry, there was a problem loading this page. Try again.
Previous page
Next page

Page 1 of 1 Start overPage 1 of 1
Previous page
Next page
Start reading Only His (Fool's Gold Book 6) on your Kindle in under a minute.

4.7 out of 5 stars
4.7 out of 5
347 global ratings
How are ratings calculated?
To calculate the overall star rating and percentage breakdown by star, we don’t use a simple average. Instead, our system considers things like how recent a review is and if the reviewer bought the item on Amazon. It also analyzes reviews to verify trustworthiness.
Top reviews

Di R
5.0 out of 5 stars I am a fan and this is one of the better ones!
Reviewed in the United States on February 29, 2016
Verified Purchase
I drive 50 miles round trip to and from work and Susan Mallery has become my new favorite! I love the way that she creates sequels around this town, Fools Gold. This book was more of her same formula and I haven't gotten tired of it yet. This is your typical re-connection love story and I love how there is always a happy ending in all of her books. The story is basically one about a younger girl who fell in love with one of her older brother's friends who broke her heart in the past. With the guy being kind of clueless about her love for him. He comes back as a successful Contractor for a Casino being built in their little resort-ish town and she hires on working under him. I am always a little caught off guard by the sex. It's pretty explicit. Let's just say I'd never want my to leave my audio book playing while someone else was in the car at certain places in the book! But I still love the way that the author builds the story and by the time the girl has the guy or the guy gets the girl, I want a sequel about more of their story! I love that she mentions some of the characters from other stories in the new ones, and I GET how when a story is done, it is done. But I'd love if she would continue some of the stories and make a sequel about the exact same characters continuing their story. I am hooked. And this was one of the better ones! I'd recommend it!
Read more
4 people found this helpful
Helpful
Report abuse

Paper or Kindle
TOP 1000 REVIEWER
3.0 out of 5 stars Fluff, and lots of it
Reviewed in the United States on July 23, 2014
Verified Purchase
This is less a novel than a series of vignettes regarding sub-plots, some of them ridiculous. It's the third in a trilogy and the sixth in a long series (15 books as of 2014) set in Fool's Gold. The problem with a trilogy that is part of a larger series is that it's difficult to have a resounding climax, because you know more stories will be forthcoming. As a Harlequin, you are assured of a happy ending, which removes any suspense you might have felt. Plot #1: Nevada, the third of triplets, had a miserable one-night stand back in college. Now, she's working for Tucker, the standee, or whatever you'd like to call him. His memory of those events is rather hazy, and at least one part of the story is dropped entirely. Plot #2: Denise, Nevada's widowed mother, is reunited with a former flame, who happens to be Montana's boss. Yup, Montana is one of Nevada's sisters, and the subject of the previous book in this trilogy. Plot #3: Cat, Tucker's former lover, is now in town and has decided to experiment with a lesbian relationship, so she's making a play for Nevada. Plot #4: Will, Tucker's best friend, is falling for Jo, the local bar owner. And that's just the list of people-related plots. There are also sub-plots about buried treasure and unwanted sculpture...anyway, this book has lots and lots of fluff, and though it's funnier than previous books in the series, it lacks any punch. There's too much going on, and very little development.
Read more
3 people found this helpful
Helpful
Report abuse

Donna Ferriola
5.0 out of 5 stars Only His
Reviewed in the United States on March 20, 2015
Verified Purchase
This is a fitting conclusion to the triplets stories and is humorous and romantic. Nevada never expected to still be in love with Tucker after all these years and to find him the owner of the construction company she was interviewing for was a big surprise. She was applying for the field engineering job for the casino but never expected to be hired by the man she loved ten years ago and her brother Ethan' s friend. Working with him was going to be tricky but she was determined to make it work but could he? Tucker years ago was in lust of Cat, an artist but thought it was love. When she left he decided love was not worth it and was never going there again. Cat back then told Nevada she broke up with Tucker and she should go comfort him which she did. She was in love with him so she let him take her innocence even though he was drunk. Cat used her and went back with him the next day thinking this would make him want her more. Now ten years later she had to face him like nothing ever happened between them. Her sisters decide to plan a new years eve wedding together and feel bad because they did not want Nevada to feel left out. Little did they realize that in the end they would all find their happily ever after together as only triplets could. Tuckers and Nevada's love story was so romantic and proved to him that loving someone was actually a blessing and a gift to cherish. This story was sweet and humorous proving that it was never too late to find love in Fools Gold with Denise, the triplets mom finding her lost love Max, Montana's boss and Jo getting engaged to Will, Tuckers co-worker and friend in Fools Gold. This was another sweet Fools Gold novel that leaves you wanting to read more.
Read more
Helpful
Report abuse

Jess
5.0 out of 5 stars Gone with the Words review...
Reviewed in the United States on November 14, 2011
Verified Purchase
(This review was originally posted at GoneWithTheWords.com)

I was really eager to find out what the story was with Nevada and Tucker. All we knew was that something happened between them...something that involved them seeing each other naked and him breaking her heart. When we get the story, we find out that Tucker really screwed up. But the worse part is that he doesn't really know the extent of how badly because he was so wasted that night. All I know is that I would've held on to that heartbreak just as long as Nevada. Tucker has grown up and learned from his mistakes, and he really does feels badly about what happened with Nevada. The main problem is that he learned the wrong lesson from all of it.

For me, Only His was the funniest book in the Fool's Gold series so far. A lot of it was Nevada and Tucker, but it was also because of a certain sculptor entering into her "feminine period." Some of the things that happened to Nevada or that she stumbled upon were just so unfortunate that I couldn't help but laugh. She did have bad luck in that respect. Though, I was happy Denise finally got a...er, happy ending. :)

In this book, we get to know the next three protagonists of the next Fool's Gold books a little better. I'm really intrigued by the librarian most of all. I bet her book will be very interesting indeed. ;) Now I can't wait to meet the men, which Susan Mallery has said are cowboys! Oh yes...I like cowboys.

I loved the wedding at the end of this book. I loved seeing the different styles of the Hendrix sisters all in one place. It was really the most beautiful, perfect ending for each of them. My love for this town and it's residents grows with each book and I will eagerly anticipate the next ones.
Read more
Helpful
Report abuse
See all reviews

Mrs CM Rodgers
5.0 out of 5 stars Do read this series
Reviewed in the United Kingdom on May 4, 2018
Verified Purchase
Another cracking story about Fools Gold - I just love the whole series
Read more
Report abuse

Kathy
5.0 out of 5 stars A great story
Reviewed in Canada on August 5, 2018
Verified Purchase
A great story as part of a great series. I loved this book and am still enjoying the series
Read more
Report abuse
See all reviews

Page 1 of 1 Start overPage 1 of 1
Previous page
Next page
Pages with related products. See and discover other items: fool's gold
Back to top
Get to Know Us
Make Money with Us
Amazon Payment Products
Let Us Help You
EnglishChoose a language for shopping. United StatesChoose a country/region for shopping.
© 1996-2021, Amazon.com, Inc. or its affiliates