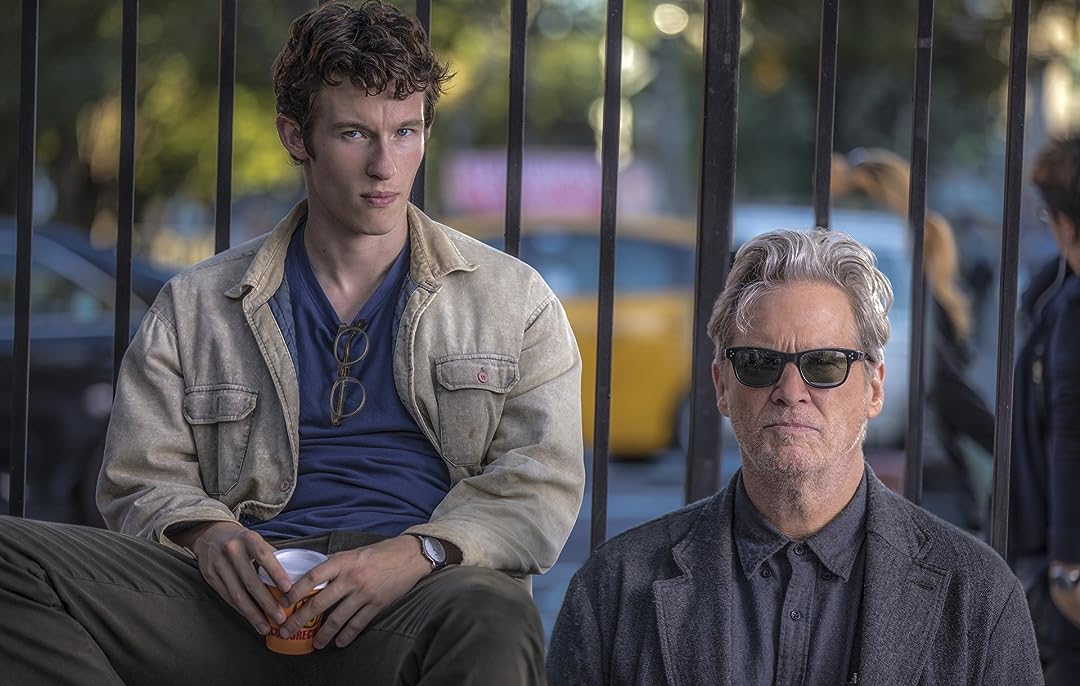 The Only Living Boy in New York

(1,186)
6.41 h 28 min2017X-RayHDRUHDR
Adrift in New York City, a recent college graduate seeks the guidance of an eccentric neighbor as his life is upended by his father’s mistress in the sharp and witty coming-of-age story The Only Living Boy in New York.

KamWowReviewed in the United States on January 13, 2019
1.0 out of 5 stars
Stalkers, male fantasies, and insecure and pathetic female roles. Don't waste your time.
Verified purchase
This movie is about stalkers and pathetic cliche male fantasies (and of course was written by a man) that come true because the women in the story have no strength, standards, or self esteem. SPOILER ALERT: Beautiful, smart, successful young woman starts sleeping with married rich man. Married man’s rich, nerdy, unattractive, single son begins creepily stalking her under the guise of being concerned from his mentally weak and fragile insecure mother. Instead of being repulsed by this stalking behavior, or getting a restraining order, or talking to the son or his father about the behavior, she decides she is going to start sleeping with her stalker. Now, she continues to have sex with both father and son. Enter cliche explanation: Oh, she has daddy issues! Shocker. This cliche male fantasy continues, as the beautiful woman is now so into both man and son that she gets very emotional and attached to both of them, memorizing several random details about son’s academic life, and continuing to invite him to her house for sex (all the while discussing the potential for marrying the father). Of course, nerdy son has a lady his own age who cheated on her boyfriend with him once, and now she has dumped her boyfriend so she could be with him as she goes away for her own academic pursuits. She gets left by the wayside as he sleeps with the beautiful older woman. Plot twist: son’s biological dad is stalking him, and they become friends and talk about the scandals, and it becomes some great best-seller, which the whole family is clearly enthralled with…but it doesn’t stop there! It turns out that Mom is stalking biological dad, and is obsessed with his books to the extend that random people in the story notice her ritual of reading them in the park where they once walked. End scene. Cue gentle music at the end to make you think it was a good movie. Nope. Not at all. I really like Kate Beckinsale, but this movie is an absolute low for her. I don’t know why she accepted the role. It makes the women look pathetic, mentally and emotionally unstable (often referring to the mother’s mental breakdowns, and then showing the other two women’s labile emotions and behaviors), and unable to decide on which guy they want to be with and unable to stick to any such decision. Don’t waste your time. It was quite awful, unoriginal, boring, and eye-rolling.
106 people found this helpful

SReviewed in the United States on January 24, 2018
5.0 out of 5 stars
Uplifting atypical family drama
Verified purchase
I was worried this would be a movie for 20-somethings, based on the title. But the characters are all different ages, and it's a really unusual bunch of relationships / dynamics. The young guy in the movie isn't so obnoxiously precocious and talented that you want to puke because your life is a giant joke compared to his, so that was also a relief. (I honestly can't bear to watch another movie where a 23 year old is more creatively fulfilled and confident than I am in my 40s, and has a nicer apartment and is having more sex, to boot. Srsly, really, Hollywood, are you TRYING to make me want to kill myself?) ANYWAY. This movie wasn't like that. It was charming and weirdly relatable despite being incredibly unlikely ever to happen to me or anyone I know. Plus, SUCH A GREAT CAST!!!!
69 people found this helpful

LeelaReviewed in the United States on February 7, 2018
5.0 out of 5 stars
Sometimes a movie just hits you. Wow.
Verified purchase
Wow. This really resonated with me. The story and acting are somewhat understated because the characters are very human and as a result, lead human lives. Therefore, you might find this film boring if you aren't paying attention or if you only like huge drama and scandal. I thought this was so beautiful and took a good look at the human condition. I'm no film critic, heck, I'm not even a film geek. I just really, really liked this movie and want to meet every single one of the characters in person. There are some lessons to be learned from it as well. I laughed, I cried, I lost ten pounds. It's a really good move.
65 people found this helpful

SteveReviewed in the United States on November 22, 2017
5.0 out of 5 stars
Do yourself a really big favor this holiday weekend and watch this!
Verified purchase
Ahhh! This is more then a delicious ode to the big Apple. This transcends all genre and speaks to the heart. It allows for a rendering and tearing and then forgiveness. There's a visceral feel to this that captures the nuances of between the spoken lines of the wonderful actors. And, yes, as others have pointed out, Jeff is superb! The actor whose works keep up with his developing maturity. No one could have done it as well! And you know~ by the time you GET IT, you already instinctively know it. This work of art grabs you from the start and then lets go without you ever knowing. Everyone needs a sage mentor in their early lives to hug their soul, pat them on the back and care wisely. When Jeff gets into the mistress' face on the balcony, you know, maybe not consciously but you're ready for the revelation. Do yourself a really big favor this holiday weekend and watch this!
41 people found this helpful

JayReviewed in the United States on January 11, 2018
5.0 out of 5 stars
Woody Allen style meets caliber modern w old school flavor!! Exceptional flick!!!!!!
Verified purchase
Hello Hollywood, Amazon is com'in at ya with a full force feature that is well beyond the quality any of you have produced for years!!!

This is what movies once were, and it is so good to see this quality shine through the Internet deluge and Hollywood cookie-cutters and into our living rooms or iPads!

A powerhouse cast, spectacularly calm adult pace (!), production quality, and direction and caliber of story that is truly deserving six stars. Sit back, open a bottle of wine, and enjoy the unexpected through the lens of the old Woody Allen NY days of yore, but brought to contemporary times (sans any smart phones - hallelujah!!) with and old school flare and book narrative style that this director absolutely needs an award -- truly!

If you don't like this movie, you are either not human, or under the age of 20!!!

SamBeckettReviewed in the United States on December 5, 2019
1.0 out of 5 stars
painful from beginning to end
Verified purchase
Only fifteen minutes into this, I had to stop the movie to see who the screenwriter was. Yes, someone was paid to do the job. This thing actually makes noise from the creaking plot to the clunky paragraph-long, pretentious dialogue that the characters speak.

It's hard to believe that in 2017 someone is selling the genius-alcoholic-recluse-artist-as-seer. But they are. There are three female characters, and it's difficult to determine which is the most pathetic. Clearly, this was made by a group of men. And there's voiceover? Please. Make it stop.

The best thing to do here--should you be tied up and forced to watch "The Only Living Boy in New York"--is beg your captors to turn down the sound all the way. The movie is populated with some very attractive people. There. Just look at the pretty faces. It will all be over in 90 minutes.
14 people found this helpful

anonymousbrunetteReviewed in the United States on January 30, 2018
1.0 out of 5 stars
Boring and cliched despite star power
Verified purchase
An insecure boys' wet dream passed off as cinema. Improbably, unlikely and self indulgent. Couldn't even get through the whole thing. Do we really need yet another coming of age movie at the expense of women's character development? Blech.
39 people found this helpful
See all reviews
Back to top
Get to Know Us
Make Money with Us
Amazon Payment Products
Let Us Help You
EnglishChoose a language for shopping. United StatesChoose a country/region for shopping.
© 1996-2021, Amazon.com, Inc. or its affiliates