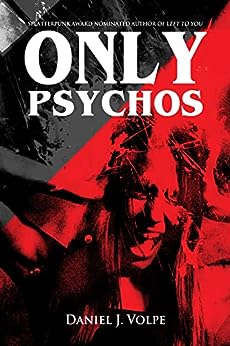 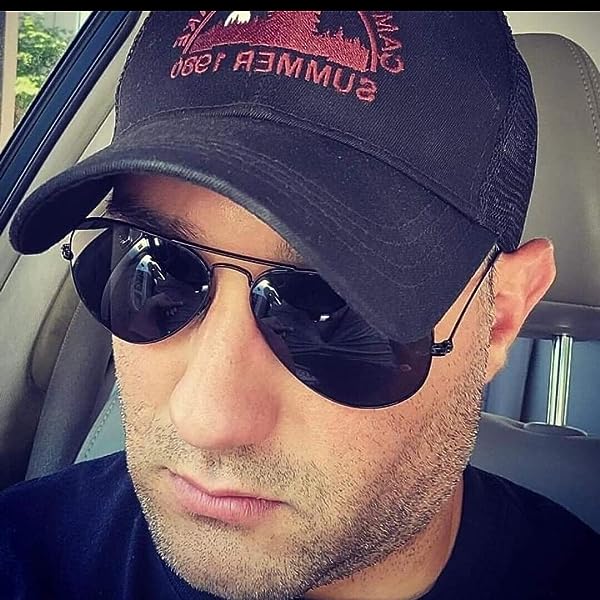 by Daniel J. Volpe (Author) Format: Kindle Edition
See all formats and editions
Sorry, there was a problem loading this page. Try again.
Who will survive the storm?

It was a blizzard for the ages. Two, massive snow storms strike back-to-back, causing
chaos in the Hudson Valley.

Anna, and her two children, are without power and the temperature is plummeting. Their
situation seems bleak, but a break in the storm gives them a chance at salvation. Anna flees her
home, hoping to find safety in a local hotel, but what she finds is madness.

Scott is a man on the run. His travel partner, Mary, is the quiet type, but that doesn’t
bother Scott. The severed pinkie he keeps in his pocket is all the distraction he needs.

The snow piles up and more guests continue to arrive…but who will see the morning?
Will the secrets in the basement remain hidden or will the years of torment be unleashed?

There are no normal guests at the Elk Dale Hotel…Only Psychos!
Read more
Previous page
Next page

Daniel J. Volpe is an author of extreme horror and splatterpunk. His love for horror started at a young age when his grandfather unwittingly rented him, "A Nightmare on Elm Street." Daniel has published with D&T publishing, Potter's Grove, The Evil Cookie Publishing, and self-published. He can be found on Facebook @ Daniel Volpe, Instagram @ dj_volpe_horror and Twitter @DJVolpeHorror

This story offers the best use of the “tattoo” device I’ve ever encountered. The book starts out like a Burroughs-esque, scum-of-the-earth character drama, then guillotines into a splatterfest of bat-shit-crazy gross-out that threatens to empty your breadbasket in your lap, all told in a tight Palahniukish prose that eerily forces the reader’s perspectives point-blank on the id-giggling mayhem. This is a unique story that should ruffle the corridors of the New Extremism in American fiction.

--Edward Lee, author of White Trash Gothic, Haunter of the Threshold, and The Bighead.

“In Billy Silver, author Daniel J. Volpe proves to be a promising newcomer with the spunk of Edward Lee and minimalism of Bentley Little.”

—Dustin LaValley, author of Songs from a Street Sweeper

Amazon Customer
5.0 out of 5 stars Quick, intense read!
Reviewed in the United States on May 12, 2022
So far I've read Only Psychos and Left To You by Daniel Volpe and they both are excellent! Only Psychos is fast paced, brutal, and the surprise at the end! I look forward to reading more from this author. I'll be purchasing Talia very soon.
Images in this review

Nicole James
5.0 out of 5 stars Hotel Hell
Reviewed in the United States on March 13, 2022
Verified Purchase
Daniel Volpe’s Only Psychos is a fast paced, entertainingly gripping, gory, and disturbing, in your face read.
The sights, sounds and smells of the hotel and guests were described to the most tiniest detail and, as far as I'm concerned, my senses felt the full assault.
With plenty amounts of blood and carnage, this book will thrill horror fans, especially those into splatterpunk.
I am now recovering from whiplash, which I got from that humongous twisted turn at the end 😳
Excellent book! This author has never let me down and has become a favorite of mine! If you do not know this author, you should remedy that. You won’t regret it!

peggy
5.0 out of 5 stars Hotel/ snowstorm/ what could go wrong?
Reviewed in the United States on March 15, 2022
Verified Purchase
For starters I highly recommend this one. You get a very descriptive understanding and story of all characters and we have some very disturbing people here. It sure caused me some anxiety and if you've never understood the meaning of claustrophobia this story nailed it. Very descriptive writer, great gore and a ending that has you saying "WHAT THE HELL"

I love it!!!!!!!
Read more
One person found this helpful
Helpful
Report abuse

Michael Mueller
5.0 out of 5 stars Action Packed
Reviewed in the United States on March 16, 2022
Verified Purchase
A family is marooned in a creepy old hotel with an assortment of psychotic characters during a blizzard. This book is fast paced, action packed, violent, and just insane. Loved it.
Read more
One person found this helpful
Helpful
Report abuse

Stan
5.0 out of 5 stars Nonstop from the beginning
Reviewed in the United States on June 20, 2022
Verified Purchase
This book has the same horror and gore you find reading a Jack Ketchum book.
It is a fast read but it keeps you on the edge of your seat.
Read more
Helpful
Report abuse

Danika
5.0 out of 5 stars Loved it!
Reviewed in the United States on March 16, 2022
Verified Purchase
ONLY PSYCHOS review or the recipe for a fantastic read...

Start with a one hell of a blizzard

Mix well and set aside

Combine two depraved hotel owners, make sure they are married and have two sons.

Whisk in a meth addict on the run and two oversexed teenagers looking for shelter from the storm.

Knead all Ingredients together in a greasy, dirty hotel and let simmer until it boils.

That is how you write a fantastic horror story.

I love it, you should read it and if you have been looking for a book to start your journey into extreme horror start here.
Read more
3 people found this helpful
Helpful
Report abuse

Precious Santiago
4.0 out of 5 stars Texas Chainsaw Meets the Shining
Reviewed in the United States on May 7, 2022
Verified Purchase
“There are no normal guests at the Elk Hotel…Only Psychos”

This gory story takes place at the Elk Dale Hotel. A massive blizzard causing power outages forces Anna and her two children to get a room at this seedy hotel that at the very minimum offers power. We follow her along with a cast of other messed up characters who also take refuge in the dilapidated hotel and from there horror ensues.

I was very impressed with in 124 pages we get a really fleshed out story where terror is seemingly never ending. Don’t want to say much more because the crazy starts from page 1 and basically never ends.

I loved this and would highly recommend to to those who love extreme horror. This was well paced, funny at times, very graphic and I enjoyed every minute of it. This would be a great read during the winter, but that’s too far away and you probably need to read this now. So throw on a nice winter ambiance Youtube video and pick this guy up 😂. I would say this is like a mash up of Texas Chainsaw Massacre and the Shining (winter isolation).

Dennis J. Rooney
5.0 out of 5 stars Non-Stop Suspense!!!
Reviewed in the United States on March 16, 2022
Verified Purchase
I'm always a little disappointed in shorter novels; I absolutely love when my favorite authors give me something that will take weeks to finish. "Only Psychos" is shorter,but no disappointment registered here!!! This is a non-stop midway ride of sex,terror,gore,and action. Volpe uses a run-down hotel as the tableau to his tale and the setting is as much a character as any of the irredeemable people (and they're all lacking in some major fashion!). Volpe continues clawing his way to the top of the genre.
Read more
3 people found this helpful
Helpful
Report abuse

Joseph J. Glessner Jr.
4.0 out of 5 stars A hotel in a snowstorm....
Reviewed in the United States on March 12, 2022
Verified Purchase
From the first pages you are once again transported to the seedy worlds of Daniel Volpes mind. Daniel write about the freaks and forgotten. Those folks who squirm through the underbelly of society. He details the horrors in gore soaked insanity without any guardrails What happens when a snowstorm forces traveller fleeing a storm to come face to face with their worst fears? If Pyscho had been a splatterpunk novel. My only complaint is I would have loved more!
Read more
3 people found this helpful
Helpful
Report abuse
See all reviews

Trudy Mylum
5.0 out of 5 stars The King of SplatterPunk!
Reviewed in the United Kingdom on May 17, 2022
Verified Purchase
Set in a deadbeat hotel, full of highly strung characters, each harbouring their own questionable background, as a blizzard rages outside, imprisoning the hotel guests, when the electricity fails throwing the hotel into darkness albeit the soft red glow from the emergency lighting and all the while a blood thirsty monster is on the loose. What’s not to like?! An easy read full of gore and scares. All the stars!
Read more
Report abuse

Victoria Ford
4.0 out of 5 stars I wish this was longer
Reviewed in the United Kingdom on March 27, 2022
Verified Purchase
Oh how I wish this was a longer book. Great characters, I almost feel cheated that I only know so little about them. Great read, if you like your horror, in your face.
Read more
Report abuse
See all reviews