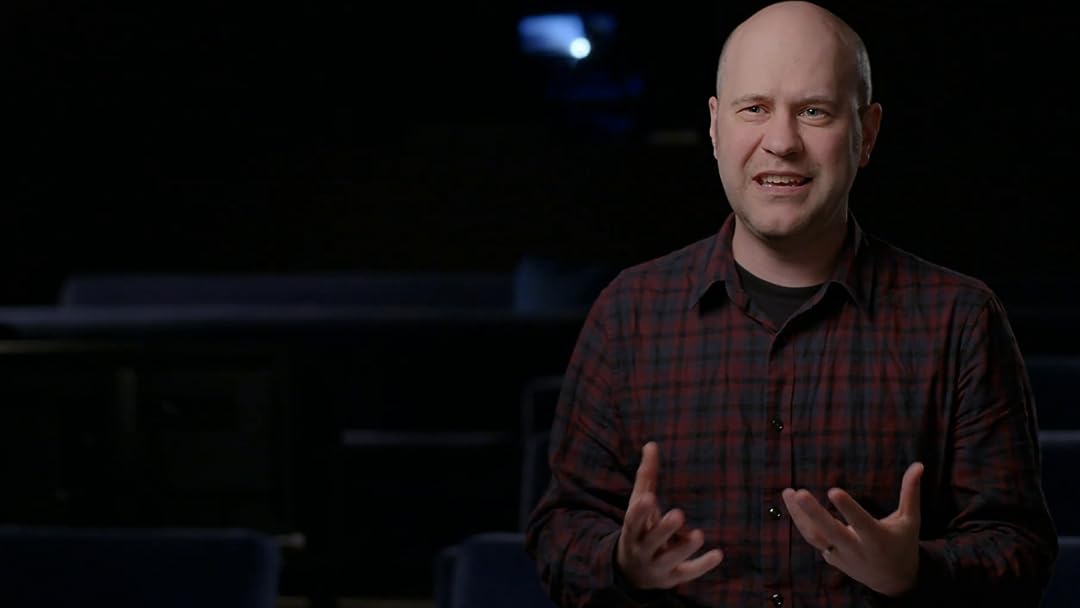 (59,246)
7.44 h 51 min2020X-RayPG
In Disney and Pixar’s ONWARD, elf brothers, Ian (voice of Tom Holland) and Barley (voice of Chris Pratt), get to spend a day with their late dad and go on a quest aboard Barley’s epic van Guinevere. When their mom Laurel (voice of Julia Louis-Dreyfus) realizes her sons are gone, she teams up with The Manticore (voice of Octavia Spencer) to find them.

M3tal Misstr3ssReviewed in the United States on March 21, 2020
5.0 out of 5 stars
Best most underrated since The Iron Giant.
Verified purchase
This has to be one of the best I have seen from Pixar. Aside from the original 9 story ideas at least (those are always classics) this was just amazing. They took the typical trope of the parent(s) dying but like Frozen made it more focus on siblings saving each other but in vastly different ways. It's amazing and needs to be supported. It's unfortunate that this movie was released when it did and with the poor marketing. Buy this move on this early release and support the makers of this beautiful movie.
257 people found this helpful

Chandi CrookReviewed in the United States on March 21, 2020
3.0 out of 5 stars
The Ending is TERRIBLE!!!
Verified purchase
There were funny parts but the ending was terrible....I had people from 6-40 watching it and there wasn't a dry eye at the end of it.....it took a half hour to calm down the younger ones .....on top of that there were no funny "outtakes" at the end to cheer anyone up! Definitely not our favorite Pixar film :(
187 people found this helpful

Amazon CustomerReviewed in the United States on March 21, 2020
5.0 out of 5 stars
Onward to bigger and better movies!
Verified purchase
This movie checked all of the right boxes. It certainly went onward and past my expectations! I watched it with my 9 year old son and husband. We thoroughly enjoyed every minute! We were excited to take advantage of the early release since we are "social distancing." The movie was funny, thoughtful, and so heart wrenching! We couldn't take our eyes off of the screen. This movie is a must-see! Sooner rather than later!
164 people found this helpful

Raquita HendersonReviewed in the United States on March 21, 2020
5.0 out of 5 stars
perfect for your nerd family night
Verified purchase
My family LOVED it, even my teen who didn't wanna watch a cartoon with us. It was great. I thought the ending was perfect
135 people found this helpful

sabrina McraeReviewed in the United States on March 21, 2020
3.0 out of 5 stars
NOT WORTH YOUR MONEY!!!
Verified purchase
For starts, the ending was terrible and unrealistic they do not state how the dad dies AT ALL the backstory is horrible and simply unreal. we regret paying 2O DOLLARS for this stupid movie I would recommend, waiting for it to become free. and it is just a waste of time. But overall there was some great humor.
128 people found this helpful

B. KunnariReviewed in the United States on March 21, 2020
1.0 out of 5 stars
This is not the Pixar I know and love
Verified purchase
To each their own as I see 4 and 5 star reviews. This isn't one of them. I was working at Walt Disney World on the Great Movie Ride when Toy Story came out. I think I saw it in the theater with friends 3 times in the opening weekend. The visuals were stunning but the story being told was one of the greatest adventures, with heart and weight and fun, that had ever been put on screen. For years, Pixar just kept raising the bar on themselves. Monsters Inc, The Incredibles, Finding Nemo, Wall-E, Up.... the list goes on and on. Classic movies, original stories, heart and humor FOR ANY AGE from kids to grandparents. These movies will be around for my kid's kid's kids. With all of the sequels, my family couldn't wait for this original film.

My daughter and I were at D23 in Anaheim three years ago when they announced. The magical world has lost its magic and two brothers set out to meet their dad (inspired by a true even with the writer/director). I could not wait for this one.

Last night, I surprised my two girls and wife with the movie at home, 14 days after its release during this unprecedented time. Our family ranges in age from 8 to 46. For an hour and forty minutes, there wasn't a sound. No one laughed because the jokes are so low-ball and dry and uninspired that it's almost impressive. Even the animation goes choppy, like a bad rip-off of a Pixar film. There is such a GREAT and BEAUTIFUL story hiding here. Something that could have been on par with Up. But the craft of storytelling coming FIRST in most Pixar films is nowhere to be found here. When it comes to the story, character interaction, lack of depth, Mcguffins EVERYWHERE IN EVERY SCENE, literal mistakes where in one scene the cop is called their step-dad and towards the end he's called a boyfriend (either way, it doesn't matter because he is pointless), the lack of connection between any character, the lack of urgency on something so urgent, the lack of growth of any character... terrible!

I was truly excited for this film. But I would, shockingly, place it below The Good Dinosaur and Cars 2 to find its place at the very, very bottom of the 22 Pixar films to date. The best thing I can compare this to is a Norm of the North or Emoji Movie. If those did it for you, than Pixar is your new favorite movie company. If Up, Wall-E, Finding Nemo and Ratatouille are some of your favorite family films ever made, I wish you luck on sitting through this. Not only because it's that bad but it hurts to see Pixar's name on such a terrible film that could have been made by any of the wanna-be's. What a shame, cause that story idea was a beautiful one.... but this may show the cracks of John Lasseter's departure and the Pixar we knew and loved, it may be over. Boy, that hurts to write.

The AustinsReviewed in the United States on March 21, 2020
5.0 out of 5 stars
Great value!
Verified purchase
Very cool to have early access to this film. Heartwarming and funny. The music is very good too!
94 people found this helpful
See all reviews
Back to top
Get to Know Us
Make Money with Us
Amazon Payment Products
Let Us Help You
EnglishChoose a language for shopping. United StatesChoose a country/region for shopping.
© 1996-2021, Amazon.com, Inc. or its affiliates