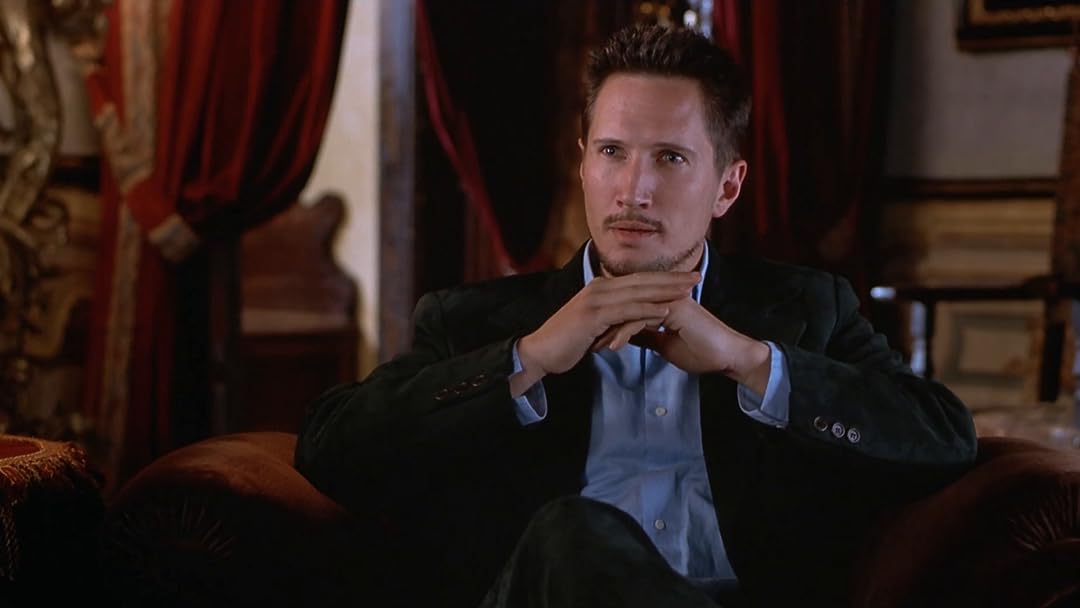 (682)
5.11 h 42 min2003X-RayR
HD. A maverick priest's investigation into his mentor's death leads to his discovery of an ancient sect with supernatural ties.

Leaves Cinemax in 13 daysRentals include 30 days to start watching this video and 48 hours to finish once started.

S. DaresReviewed in the United States on January 1, 2020
5.0 out of 5 stars
The Carolingian order myths
Verified purchase
Heath Ledger plays a priest of the Carolingian order (this order doesn't exist although is base on factual historical records during the Middle Ages of a dynasty that aided the papacy in keeping political power). Father Alex Bernier (heath ledger) fights against the evils outside and inside the Roman Catholic church, and he steers into the abyss, and the Abyss steers back at him when he goes after a mythical creature call the "Sin eater" . The church considers the fictional order of the Carolingian and the Sin eater both to be a heresy. A very interesting plot that precedes Dan Brown Da Vinci code(book/film) but that falls into the same genre.
It's fictional and entertaining. I recommend it.
10 people found this helpful

Cassandra RobertsReviewed in the United States on February 20, 2020
5.0 out of 5 stars
Best I've seen in a while
Verified purchase
There are a lot of movies out there that play off religious themes, and it's very hard to find one with an engrossing story that isn't all about the power of the church or its corruption. This was a very well played out story that actually made me pay attention. I typically watch my movies while on a computer doing other stuff because I can't just sit idle. This had me pausing constantly to watch what was actually going on. The dark theme was very well done without being over the top horror. From the visuals to the dialogue and everything in between, I really love this movie and hope others will too.
7 people found this helpful

English TeacherReviewed in the United States on July 6, 2021
2.0 out of 5 stars
The biggest sin in film is boring the audience to death.
Verified purchase
Maybe you need to be Catholic or very young to find this shocking and engrossing. I was bored out of my mind, but stuck with it for just over an hour before giving up and looking for something more interesting to watch. What a load of clichéd claptrap. And at a snail's pace, too. Two stars because Heath Ledger is in it and because the actress playing Mara is pretty.
One person found this helpful

T.R. HintonReviewed in the United States on February 4, 2005
4.0 out of 5 stars
A great movie, a sequal or a book would be nice.
Verified purchase
First, if you are uninterested in religion as a background for a movie you would not enjoy this movie. That is the only reason I gave it 4 stars instead of 5. With that said, you do not have to be religious to like this movie. I am not religious, but I loved the movie because I enjoy movies if they are well made with a setting of religion in the background. I would classify this movie more of a mystery/conspiricy than horror. The actors play this movie wonderfully, and the settings look like they are on site, not some hollywood studio. The only complaint would be that there is much more traffic/people in Rome in real life. Other than that, is was visually enjoyable.

The story itself has more than one twist and turn. All of which gave you a sense of learning from the start of the moive. It gave you a feel like you were part of the inside of the catholic machine, not a viewer from the outside. This was really well done. I highly reccomend this film. I wish there was a book to this to go even more indepth, or a line of sequals to it. Sorry if this review was a bit general, but that was on purpose to avoid any spoilers for those who have not watched it yet.

NealWReviewed in the United States on January 19, 2017
5.0 out of 5 stars
Interesting Job for a Different Kind of Priest
Verified purchase
Worth seeing if you like movies in the wider genre demons, vampires, possession, priests, and Catholicism. I never heard that Heath ledger had done this movie. I actually saw the second half on HBO, but couldn't find the replay of the whole thing, so I "had to see it all" by getting it on Amazon. Seeing the beginning of course explained a few things I couldn't figure out from just seeing the second half.
6 people found this helpful

Rich56Reviewed in the United States on January 25, 2016
2.0 out of 5 stars
The Order
Verified purchase
I can’t say that this movie is the worst I’ve ever seen. Truth is, I’ve seen worse and I’ve watched those terrible movies because it fascinated me at how terrible they really were.

Although “The Order” wasn’t the worst, unfortunately it did fall in the genre of bad movies for which I watched because I was fascinated at just how terrible they could really be.

Okay so, why was it so bad? Well in the first place, it made no sense. The writers and/or directors didn’t seem to know what they wanted to do. It seems like the plot kept searching for a new “bad guy”. In an attempt to keep the viewer guessing, there were so many twists in the plot that the plot became diffused and very unfocused.

Frankly, it seemed to me like the movie was trying to re-create a “The Da Vinci Code” kind of mystery which would build to a final exciting climax. If so, like many other movies that tried to “re-create/rewrite” a previously written, hit story/movie, it failed.

I believe that the performances of all the actors in the movie were excellent. However, their best performances could not have saved this movie. And that’s true for any movie/story that’s written so terribly as to be unable to see the plot or point trying to be made.

The movie started off slow and never really got off the ground. In fact, it went from “slow” to “tediously boring” and then, back to “slow”, (which is better than “tediously boring”, I guess). The filming and the scenery were done very well.

The sound engineering was okay and at least for the most part, stayed at a reasonable volume level in its lowest and highest spans. I don’t know who it was that gave this movie a higher rating than two stars, but the fact that someone has reiterates that it’s all “in the eye of the beholder”.

In my “eye”, (and humble opinion), I could barely get this movie to stores and certainly don’t recommend it.
Rich