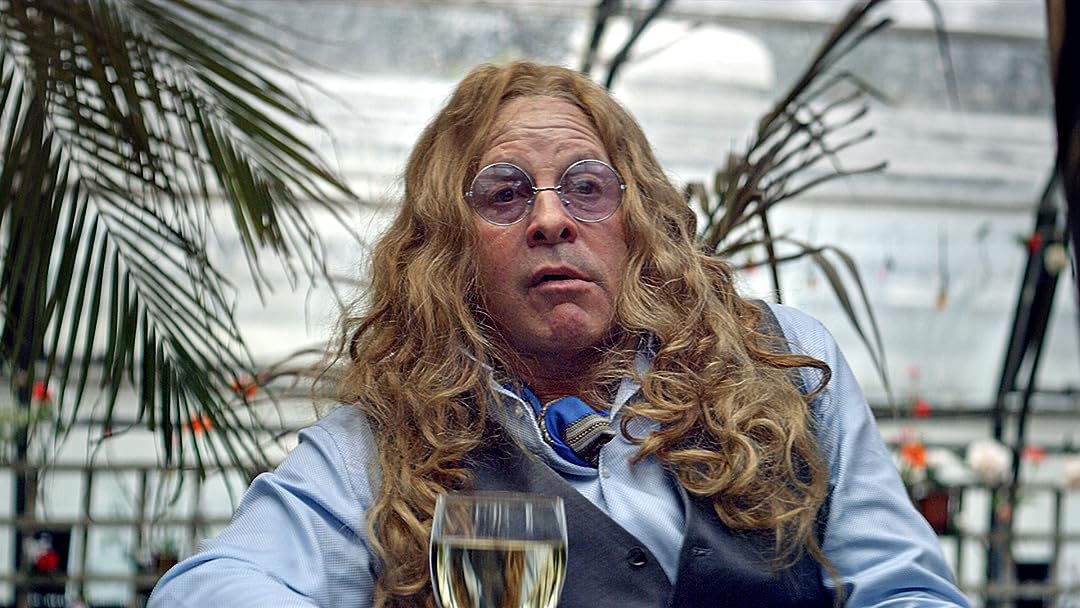 (57)
6.01 h 50 min2020X-Ray18+
The stoic chronicles of Castor, orphaned as a child, forced to survive in the wild and his colorful journey through the criminal underworld of London.

N. LaceyReviewed in the United States on August 29, 2021
1.0 out of 5 stars
Is this a movie or a joke?
Verified purchase
To save yourself a little time, this movie is bad, real bad. If you want to know more details about how bad this movie is, keep reading.
This movie seems like it was made by a high school student who just saw the Guy Richie movies from the early 2000s and thought they could do the same. What the director created was a mess where everything is bad. To begin, the story makes absolutely no sense and there isn't any motivation for any of the characters to do anything. All of the characters are unlikable and I wanted the main character to die the entire film. The director tries to make the film "edgy" but all that happens is the film is crass and off putting. At least in a Guy Richie movie the characters are crass but have a little bit of character or charm, none of that exists here. I think the worst thing this film does is that it is technically made terribly. There are so many times that characters are filmed in front of a bright harsh light that I think the director didn't know what he was doing. This movie is just a stinker, not even worth watching for a so bad it is good.
8 people found this helpful

Doctor GangreeneReviewed in the United States on September 13, 2021
3.0 out of 5 stars
Would've been good if Steve Guttenberg wasn't the villain.
Verified purchase
First half: pretty good movie. British film, very violent and emotionally very dry but that's an intentional stylistic choice and it works well in this case. The main character watched his parents gunned down due to gang violence when he was a boy. Orphaned and homeless, he grew up to become an outsider. No real emotions, no real ambitions, just doing what he had to do to survive. Then he became a hitman for the same gang that killed his parents. From the narration style, it's a sort of first-hand look inside the mind of a sociopath. Pretty cool way to tell a story I think.

But then halfway through, they've been building up the tension around the gang boss... and it turns out to be Steve Guttenberg (from Cocoon, Police Academy, and Single Santa Seeking Mrs. Claus) in a long blonde surfer wig and purple hippie sunglasses. He's the big villain of the film. And he plays it as a sort of care-free off-the-wall kind of character. It just completely ruined the movie for me. He's just too goofy to play the villain in a movie like this. While he did provide some color to an otherwise very drab and dark film, I feel like it would have been a better movie if they had gone with someone who would have approached the role with a little more gravitas and reverence. It went from being "The Godfather" to "Weekend at Bernies" and the mismatch was just terrible to watch.

But that said, aside from the big villain being cast and played so ridiculously, it was an interesting movie if you're into the London underworld or gang/hitman movies in general.

jack dykstraReviewed in the United States on August 11, 2021
3.0 out of 5 stars
steve guttenberg ruined it.
Verified purchase
Seemed like a cool movie. As soon as steve guttenberg appeard as head honcho kingpin, the movie died. from a somewhat serious film to a joke. too many producers, too many good drugs, too few cares in making this movie, not film. Dont waste your time.
6 people found this helpful

A. SmithReviewed in the United States on March 10, 2021
1.0 out of 5 stars
Ew
Verified purchase
Really disliked this movie.
5 people found this helpful

Amazon CustomerReviewed in the United States on September 11, 2021
5.0 out of 5 stars
Good Movie All the Way Through
Verified purchase
It's common to often see an Eye catching Image/Title/Description of a movie w/a Nice Trailer that you *Oddly have Never heard of until seeing it available on Prime Vid, Hulu, or other Streaming Service. You decide to give it a watch.. MOST have their good parts, but end up lacking in Plot, Production value, Acting, ect.. Some combination of these typically leave you disappointed or at best pondering on just how good of a movie it *Could have been* after watching.
That being said, Original Gangster turned out to be one of the better movies like those I've just described that I've seen. Don't get me wrong, it -like most movies- could have always been been better, but I was pleased and I think you will be as well - if you choose to give this one a chance. Hope this review helps you out👍🏻..
2 people found this helpful

joshua mReviewed in the United States on October 26, 2021
2.0 out of 5 stars
(And then) story telling.
Verified purchase
The movie was just a sequence of unrelated (and then) plotlines. None of the characters had any motivation to do anything except maybe the father of the love interest. One star movie, but gave it an extra star for the cinematographer trying their best to salvage the film. Lot's of neat pans and well framed scenes, too bad about the rest of the movie.

The most interesting part of the movie was when the bartender told his story about a love he lost. He started the story for no reason from his point of view, it was just to fabricate a shred of motivation for the main character. He was very good at reeling the audience in, maybe he should have directed the movie.

GregReviewed in the United States on September 14, 2021
4.0 out of 5 stars
Violence as a fairytale
Verified purchase
Unrealistic and predictable, but well done. This is the life of a guy who grows up alone on the streets and stumbles into a web of crime family father figures. The characters are over exaggerated, one dimensional, and ridiculous. This is not real life. It an allegory; its a fairytale; maybe even a dream. Do not expect reality. It's Batman meets John Wick meets the Brother's Grimm. Despite all the violence, it is rather slow and narrated by the lead in emotionless monotone. I can see that I am not painting a great picture here, but all together, it worked for me.

Amazon CustomerReviewed in the United States on August 17, 2021
2.0 out of 5 stars
horrible characters and writing
Verified purchase
headline says it all. weird and just bad
3 people found this helpful
See all reviews
Back to top
Get to Know Us
Make Money with Us
Amazon Payment Products
Let Us Help You
EnglishChoose a language for shopping. United StatesChoose a country/region for shopping.
© 1996-2021, Amazon.com, Inc. or its affiliates