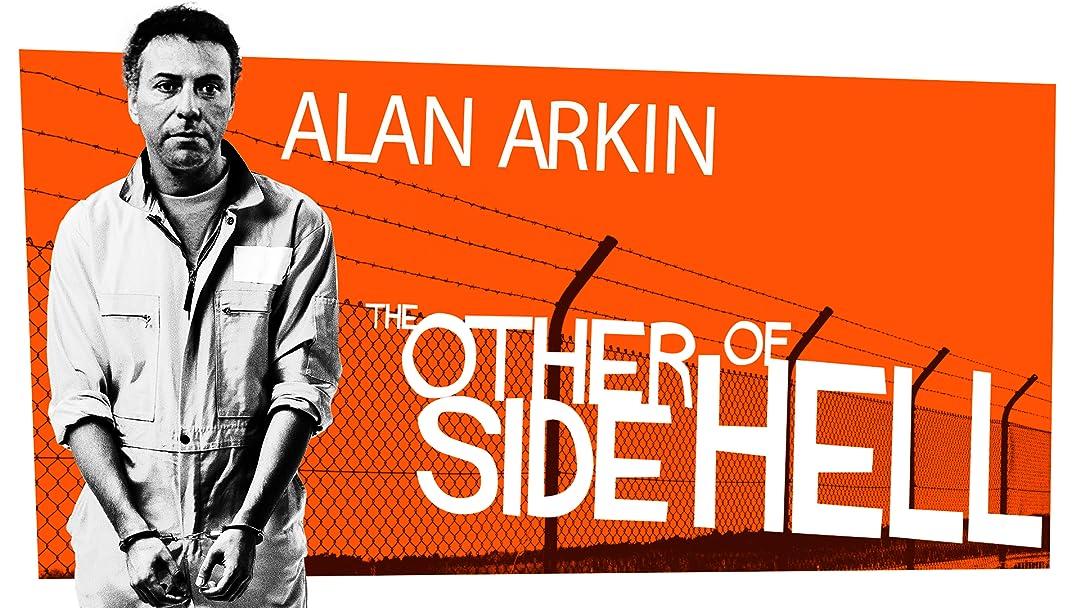 The Other Side of Hell

(27)7.22 h 29 min201813+
A disturbed, but highly intelligent man is sent to a criminally insane hospital to serve time and rehabilitate. Upon his arrival, he discovers the hospital is a closed world where brutality is an everyday occurrence.

JayJayReviewed in the United States on February 4, 2020
5.0 out of 5 stars
Outstanding
Verified purchase
At 2 1/2 hours, this film was not nearly long enough for me. Contrary to the date listed on the Prime listing, Imdb lists this as a made-for-TV movie from the year 1978. It has a gritty feel and is absorbing from beginning to end.

The only qualm I have with this movie is the ending, which is typical 1970s "nobody-is-a-bad guy" pandering. Two paragraphs of text flash on the screen which essentially say, "Perhaps someday we will understand enough to treat the mentally ill better." This is a ludicrous statement, and is typical of the "don't-touch-my-profession" nonsense of the worst people on earth. The way we stop governmental and institutional mistreatment of people is to hold those accountable who do what is either illegal or immoral. This is such a simple answer that only a Statist would miss it.

GiftbearerReviewed in the United States on October 17, 2020
5.0 out of 5 stars
Accurate example of what those places were/are like
Verified purchase
I used to work as an advocate taking patient complaints from mental health facilities and other institutions and the state hospitals, forensic units, and jails were the worst. If the place had a psychiatrist they were often denied medication, given the wrong medication, and/or doped up the night before their hearing so that they'd be out of it and look incompetent. Before deinstitutionalization and even the 10 years or so afterwards state hospitals were killing patients either by neglect, or as a result of abuse and there were death investigations because of how frequently this happened. They were not able to cover it up forever. Now some of those , especially the forensic units have been shut down completely.

In the 80s it was quite common for patients to be given a life sentence by default even for a non-violent crime committed as a result of mental illness. There was a time when a judge would turn down their request for release year after year just because he was afraid that they'd do something if they were free to go home. It took alot of legal challenges to change this bias and it really wasn't until the early 90s when people who were court order committed were able to be given a fair hearing and many of them had lived in those places most of their lives!

Even then, there were many incidents of abuse still going on.
3 people found this helpful

ubiubiReviewed in the United States on May 24, 2019
5.0 out of 5 stars
Alan arkin is excellent
Verified purchase
Alan arkin is excellent in this. I couldnt believe how this movie kept my attention. It makes u think...ok what if Nicholson wasn't in one flew...would it have been that highly acclaimed?....this movie was every bit as top notch...just a different but very believable actor....
4 people found this helpful

AllenBReviewed in the United States on August 22, 2021
5.0 out of 5 stars
Amazing
Verified purchase
One of the best movies ever, with " The Man with No Eyes " playing an evil part in this movie as well as in Cool Hand Luke. A lot of people ask about the aftermath, well it is their, just need to be a bit perceptive but it is very obviously if not subtly there, kind of a retro flashback scene, so make sure you think of earlier in the film at the end of the film as well.

Looking CloserReviewed in the United States on December 12, 2020
5.0 out of 5 stars
Based on truth, but the truth is even harder to take
Verified purchase
This TV movie endeavored to bring focus on the horrific treatment of the mentally ill. It seems to recall the story of Willowbrook School in New York. This film is very realistic and Arkin makes a believable patient. The sad truth is the guards got away with it as far as Willowbrook. Sad commentary for our "civilized" society.

RARA AVISReviewed in the United States on March 28, 2020
5.0 out of 5 stars
A Gem in its Time
Verified purchase
Simple and well acted. I was surprised how on edge it made me. Made at a time when many movies were tackling similar themes. Well done. Could happen to any of us.
One person found this helpful

Amazon CustomerReviewed in the United States on September 22, 2018
4.0 out of 5 stars
When you give up you're dead.
Verified purchase
This movie kept my attention from start to finish. Would've liked to see the end results of the expose' of this place. Good acting, recognized the head guard played by Morgan Woodward (the man with "no eyes" in Cool Hand Luke).
3 people found this helpful

Amazon CustomerReviewed in the United States on November 12, 2018
4.0 out of 5 stars
A kin to One flew over
Verified purchase
if you've ever spent time in confinement you might find it familiar...story has a meaning beyond the story
2 people found this helpful
See all reviews
Back to top
Get to Know Us
Make Money with Us
Amazon Payment Products
Let Us Help You
EnglishChoose a language for shopping. United StatesChoose a country/region for shopping.
© 1996-2021, Amazon.com, Inc. or its affiliates