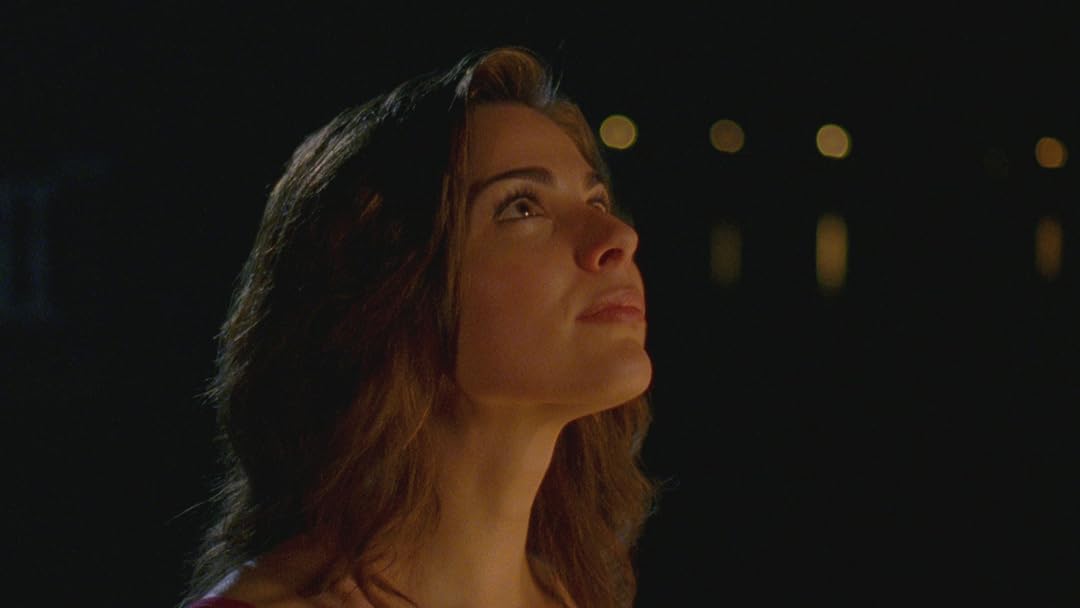 (62)
5.01 h 24 min201713+
A Brooklyn housewife (Cara Buono, Stranger Things) is abducted by a UFO. Searching for a meaning to her experience, she finds answers from an unexpected friend (Joel de la Fuente, The Man In The High Castle).

nycReviewed in the United States on March 31, 2018
2.0 out of 5 stars
Made for TV Movie, But Uses Curse Word Sh** a Lot, So Not Good for Kids and Boring for Adults
Verified purchase
The cover makes this movie seems great, but it's just a tv movie. For some strange reason, the four letter word sh** comes up a lot in this movie. Thus, not a movie for kids, but too boring for adults. A woman is abducted by aliens in Brooklyn, New York, but her family and the doctors do not believe her story, so she turns to a therapy group (similar to AA meetings) for alien sightings. There, she meets a guy from the Ivory Coast, an African country, who also has an interest as to why he was abducted. Soon the two get word from the alien being that they must exchange an ancient scroll that is at the Brooklyn Museum for a scroll that the alien is giving them. The reason is the ancient scroll has the wrong formula that can take humans into the dark ages vs. the new scroll would correct the problem because it contains the correct formula for humans to start a new period of development. This movie feels super low budget with a weak story and not so good acting. The director didn't know which audience he was aiming for, so it won't attract most people.
7 people found this helpful

Curtis W. JacksonReviewed in the United States on May 28, 2019
2.0 out of 5 stars
"We are on a mission we don’t understand."
Verified purchase
A corny science fiction comedy features a preoccupied homemaker behaving strangely. Because she eventually realizes her conduct was deeply affected to an unexplainable UFO experience. Cara Buono as Joanne Schwartzbaum gives her best Richard Dreyfuss of 'Close Encounters of the Third Kind' impression with an emotional female slant. Much of the other performances range from competent to over-expressive acting to just plain awful.
Maybe Buono appears bewildered because her character Joanne is unrealistically confusing and does nutty things like buying out a large supply of ice cream flying saucers. Alternatively, is it when she is configuring the variable vertical lines of black and white cookies? Those are among the examples of obvious mindlessness having audiences wondering what Director Barry Strugatz is trying to say about his feature film. The silly film score isn't helping much in clarifying its purpose. The movie is gaining a little more sense of direction when Joanne meets a friendly street hustler, Abraham (Joel de la Fuente) who had his rooftop UFO experience.
With such a significant common share, the two new friends connect aiding each other to find answers to the occurrences affecting their lives. Soon to they engage a plan to save humanity. In the movie, Joanne said about her and Abraham, “we are on a mission we don’t understand.” If you listen carefully, that might be the Strugatz’s film crew whispering Joanne’ same questionable expression in the background.
The film contains profanity, the suspicion of a marital affair, scenes with the middle finger gestured, a passionate embracing kiss between strangers. There is an unjust statement referring a woman as a “dumb Brooklyn girl” and people appearing as if they don’t know the Ivory Coast of Africa. I did not finish watching the film; it is so dumbfounded and uninspiring that it hurts to watch.

Kindle CustomerReviewed in the United States on June 8, 2019
4.0 out of 5 stars
Surprisingly good and maybe a bit goofy
Verified purchase
This is definitely a feel good alien related movie instead of the usual "all aliens must be shot on sight" stupidity that is the norm from Hollywood. Definitely a B movie but the acting was just good enough and the goofiness was actually refreshing. The movie certainly had a positive message even though it was cloaked around a feel-good overall theme.
Although I prefer the subject of UFOs to be a bit more serious and scientific, I actually did not mind this at all. Would have given it 5 stars, but that would not be fair to really great sci-fi.
2 people found this helpful

PickletyReviewed in the United States on May 15, 2019
4.0 out of 5 stars
A Pretty Interesting Story that could have been edited in a million better ways
Verified purchase
Two things made this movie less pleasing to watch; the goofy comedy and the goofy music that accompanies it. They wasted Melissa Leo. The pretty much wasted performances by a lot of well known character actors. If it had been made into a drama with more compelling music and better visual and most especially sound effects, it would have been a lot more enjoyable and memorable. It kept my interest enough to watch it until the end only having fast forwarded through a couple of drawn out chase scenes with no dialogue. It could probably be re-edited with a less obvious belittlement of the characters who believed in the fringe ideas. It could have been really good without the bad attempt at comedy. Because I can picture the better film in my mind and because I love most of the actors I give it 4 stars; while it's editor should be sharply chastised and given 1 star.

Saved by Grace!!!Reviewed in the United States on June 6, 2019
1.0 out of 5 stars
Skip it.
Verified purchase
I couldn't even make t through the first few minutes... It's that bad!
7 people found this helpful

OligonicellaReviewed in the United States on March 31, 2020
4.0 out of 5 stars
Low key scifi.
Verified purchase
Pretty good story line, decently written, shot and acted. It's pretty slow compared to a 'major release' but that's no detriment. Normal everyday people don't act like standard movie people, so this seemed more down to Earth.

Not really a lot of humor, so don't be mislead into thinking you're going to laugh. The encounter was a little goofbally but not overtly so.

All in all a decent watch.

Air Force BratReviewed in the United States on June 26, 2020
1.0 out of 5 stars
A nice surprise
Verified purchase
This turned out to be a cute movie. I didn't red any of the reviews, so I watched it without any idea what it was about. It was nice that there were no deaths, no gore, no sex and no animals were killed. A few cures words...but nothing that we don't hear on TV. Worth watching for a nice experience.

george gungleReviewed in the United States on June 15, 2019
5.0 out of 5 stars
x l nt
Verified purchase
Script--excellent. Casting-excellent. Acting-really good. Soundtrack-Competent, with great end-credit songs. Gaffing-really good. Shot locations-great. Framing-as good as video can get. Budget-poor. Some poor folks made a film that has everything that the super-blockbuster doesn't--realistic dialogue that is at times Very Funny; a believable and well-timed narrative. Great choice of actors and use of them..This film has everything but the money.
See all reviews
Back to top
Get to Know Us
Make Money with Us
Amazon Payment Products
Let Us Help You
EnglishChoose a language for shopping. United StatesChoose a country/region for shopping.
© 1996-2021, Amazon.com, Inc. or its affiliates