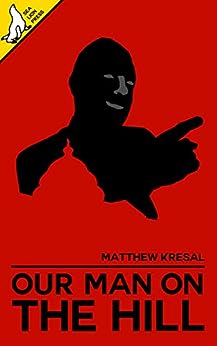 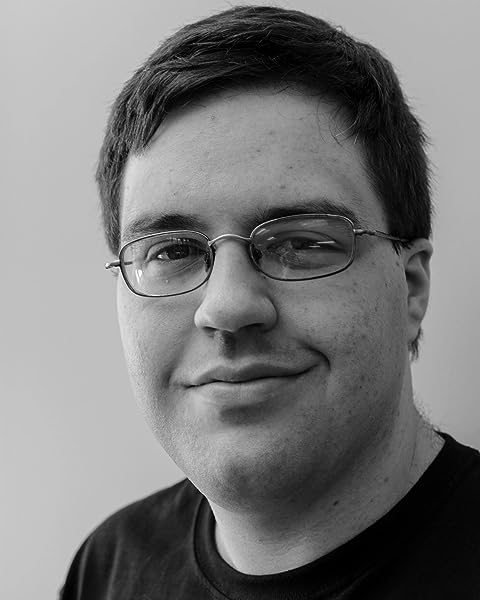 Our Man On The Hill Kindle Edition

by Matthew Kresal (Author) Format: Kindle Edition
See all formats and editions
Sorry, there was a problem loading this page. Try again.
His name is one of the most infamous in American politics. In the early 1950s, Senator Joe McCarthy was a force of terror, sparing no one in his hunt for Soviet agents within the US government. Yet, on a journey from a park bench in New York City to the fields of rural Wisconsin and into the halls of power in Washington, his incredible rise to power is part of the most audacious gambit in the annals of Soviet espionage. When McCarthy targets his master's opponents, however, secrets will be revealed and the stakes raised, where the winner takes all.
Read more
Previous page
Next page

Matthew Kresal is a writer, critic, and podcaster with many and varying interests. He’s written about and discussed topics as wide-ranging as the BBC’s Doctor Who, Cold War fact and fiction, and the UFO phenomenon. He has appeared on podcasts including Spybrary, Dead Hand Radio, The 20mb Doctor Who Podcast, and The Saucer Life. His prose includes the non-fiction The Silver Archive: Dark Skies from Obverse Press and short fiction including The Aurora Affair in Belanger Books' A Tribute to H.G. Wells and The Light of a Thousand Suns in in D&amp;T Publishing's After the Kool-Aid is Gone. He was born, raised, and lives in North Alabama where he never developed a southern accent.

C
4.0 out of 5 stars "have you now or ever been..."
Reviewed in the United Kingdom on May 28, 2021
Verified Purchase
This is more a "secret history" than a full alternative history, as it takes the premise that McCarthy was always a willing Soviet agent and his real witch-hunts were a disinformation strategy. Pulling this off would take a lot of research and a very strong handle on the period & personalities, and Kresal has got all of this going for him here. The research and the invocation of the time - both in the US and USSR - almost makes it feel plausible, which is pretty good work when we _know_ the premise is made up!

McCarthy himself is a fascinatingly loathsome yet three-dimensional figure, driven by ego and a bitter sense he's _owed_ prominence after all the (legitimate) work he's put in, that he can't end it as an also-ran. You can almost feel sorry for him but you still don't want the git to win or be near you!
Read more
One person found this helpful
Report abuse

T. Anderson
5.0 out of 5 stars An excellent debut novel with some fun historical trivia
Reviewed in the United Kingdom on August 14, 2021
Verified Purchase
Sometimes Alternate History is about a scholarly exploration of 'what-if', but some of the best AH works - such as 'Agent Lavender' from the same publisher - instead focus on exploring what a conspiracy theory would be like in reality if there was any truth to it (which, to be clear, the author is clear there isn't!) In this case, from the waspish observation that Joe McCarthy's actions did so much damage to the United States that he might as well have been acting on behalf of the USSR, snowballs into an imaginative account of just that. It would be easy for this to be a one-punchline premise that doesn't go anywhere, but instead Kresal keeps the reader's interests with tons of fun historical trivia about the inner workings of Soviet intelligence and Washington in the 1950s. A great debut and highly recommended.
Read more
Report abuse

Nigel S. Oglethorpe
5.0 out of 5 stars A magnificent debut novel
Reviewed in Australia on July 2, 2021
Verified Purchase
Although this is a fictionalised account of possible events, this novel manages to create a scarily plausible scenario. The story uses real-world events of the time, weaving through them, adding to the reality of this alt history story. The characters are well written and likeable, which helps the novel move along at a crisp pace. Covering several years, the book details exactly how a conspiracy of this sort could be conducted, and successfully at that. In fact, it really does make you wonder…
Read more
Report abuse
See all reviews