Our Story Begins and millions of other books are available for Amazon Kindle. Learn more

Flip to back Flip to front
Listen Playing... Paused   You're listening to a sample of the Audible audio edition.
Learn more
See all 13 images 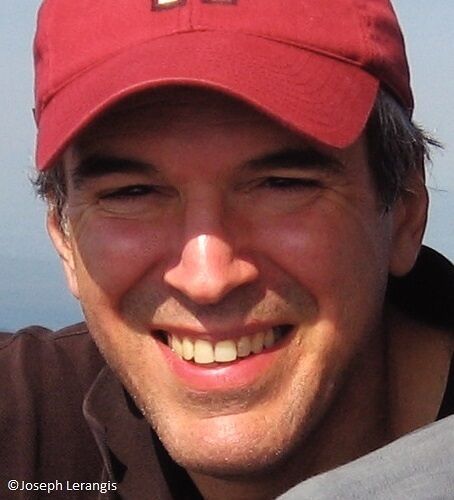 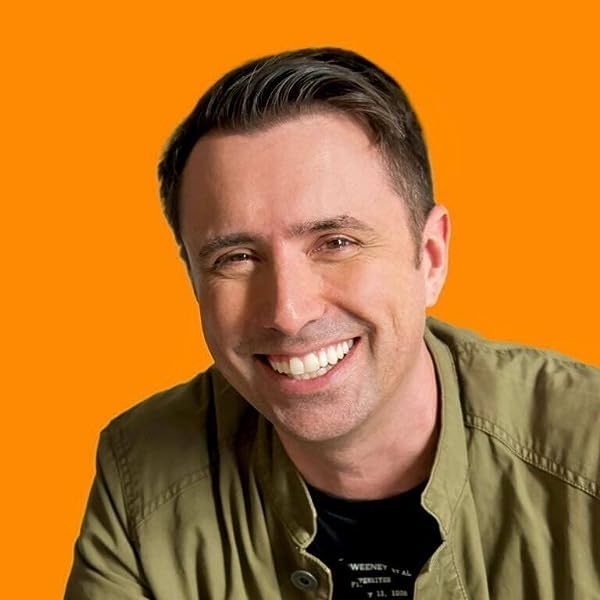 Gr 4–7—By the time Rita Williams-Garcia, author of One Crazy Summer, was 13 years old, she had filled 39 notebooks with scribbles and story ideas. Gordon Korman exhibited the humor found in Slacker and "The Mastermind" series back in fifth grade, when he wrote a speech, "How To Handle Your Parents." Firsthand accounts from 26 children's authors and illustrators describe how their earliest writing or drawing experiences resulted in a career in kid lit. Entries vary in length (three to six pages); each includes a childhood photograph and a sample of an early piece of work, such as Korman's aforementioned speech and Kwame Alexander's first "real" poem, to his mother. The individuals are diverse and represent a variety of cultural upbringings, such as Yuyi Morales, who pursued art even when strict teachers in Xalapa, Mexico, were far from encouraging. All entries end with a brief biography of general facts, notable works, and awards. Here, readers learn that Morales went on to receive a Caldecott Honor for Viva Frida and recently illustrated Sherman Alexie's Thunder Boy Jr. Concluding the work are gorgeous sketches that Ashley Bryan drew as a teenager. Weissman, the collection's editor, pens her own chapter about how a love of kid detective stories led to her writing Nerd Camp for middle graders. An attractive cover, glossy pages, and writing tips will make this a great addition to collective biography or career sections. VERDICT An authentic, generous, and inspiring selection for tweens who wonder where their doodling or journaling might take them.—Vicki Reutter, State University of New York at Cortland

"Twenty-six notable authors and illustrators of children's books—including the book's editor—introduce themselves via their childhood memories.The short, straightforward introduction begins with the editor sharing her inspiration for the book.... Two years of interviewing, collecting, and collating produced the accessible, enjoyable text that follows. Each creator shares a childhood photograph, a brief memoir, a short biography, and a photographed sample of a creative work from childhood.... The art and writing samples from childhood are occasionally exciting but more often typical of the age represented—and thus encouraging rather than intimidating to young creatives. The memoirs—all (unsurprisingly) engaging—range from humorous to serious, and some slip in good advice, both about the tools of the craft and about self-marketing. There is a wide diversity of ages and backgrounds, from Phyllis Reynolds Naylor to Alex Gino, from Eric Rohmann to Rita Williams-Garcia. Thanhhà Lai is especially memorable; as a Vietnamese refugee, she had no box of writings: "But it turns out, I don't need tangible objects. I have my memories." Her recollection of an oral prose poem from age 8 is one that stands out because it is indeed remarkable for one so young. Good for aspiring writers and artists." ― Kirkus Reviews, May 2017

"Firsthand accounts from 26 children’s authors and illustrators describe how their earliest writing or drawing experiences resulted in a career in kid lit.... An attractive cover, glossy pages, and writing tips will make this a great addition to collective biography or career sections. VERDICT: An authentic, generous, and inspiring selection for tweens who wonder where their doodling or journaling might take them." ― School Library Journal, May 2017

"The best authors and artists make their work seem so effortless that it’s easy to assume they’re all preternaturally gifted; it’s easy to forget the inevitable time and labor that went into their work, and this collection is the perfect remedy to that misapprehension. In short sections, children’s literature luminaries offer short essays about their early artistic efforts and snippets of their early work...the main takeaway, of course, is that hard work and practice, as well as a lot of inevitable failure, is always part of honing a craft. A sweet, inspirational anthology for any kid who dreams of one day having their own name on the cover of a book." ― Booklist, June 2017

"This collection offers a lively glimpse of the artistic starts of twenty-six writers and illustrators for youth, with notable contributors such as Kwame Alexander, Dan Santat, Phyllis Reynolds Naylor, and Linda Sue Park . . . The snapshots of the artists as young men and women are engaging and irreverent . . . There are a lot of shoutouts to influential teachers, a lot of early imitation (rightly recognized as a valid exercise), and a clear message throughout that this early work counts, whether you finish it, whether it’s completely original, whether it wins you the regard you hoped… this has curricular use written all over it (there’s even tips for young writers at the end) and the encouragement is strong and valuable. Plenty of young readers will salivate at the notion of living the dream described by Jarrett J. Krosoczka: 'What I do now for my job is exactly what I did for fun when I was a kid.'" -- BCCB ― July/August 2017

"Twenty-six children’s book creators reflect on the stories and art they produced in their youth. Each section includes a brief essay by the author or illustrator, images of the work in its (often handwritten) original form, and a bio that shows what came out of that work in the contributor’s adulthood. Many entries are amusingly self-effacing: Dan Santat remembers a tantrum at age five because he couldn’t draw as well as Norman Rockwell, and Candace Fleming recalls transferring the Newbery sticker from The Witch of Blackbird Pond to her own short story. Young aspiring writers and artists should find reassurance in the early foibles of those now successful in the field. But the volume also shows examples of developing talent—check out teenaged Ashley Bryan’s drawings!"
― The Horn Book Magazine, November/December 2017

Elissa Brent Weissman is the author of The Short Seller, Nerd Camp, Nerd Camp 2.0, Standing for Socks, The Trouble with Mark Hopper, and the editor of Our Story Begins. She lives in Baltimore, Maryland. Visit her at EBWeissman.com.

Read more
Start reading Our Story Begins on your Kindle in under a minute.

4.7 out of 5 stars
4.7 out of 5
17 global ratings
How are ratings calculated?
To calculate the overall star rating and percentage breakdown by star, we don’t use a simple average. Instead, our system considers things like how recent a review is and if the reviewer bought the item on Amazon. It also analyzes reviews to verify trustworthiness.

Deborah J. Thomas
5.0 out of 5 stars Insightful and fun book on authors.
Reviewed in the United States on January 10, 2019
Verified Purchase
I got this to help me write my mother's story. I need to find it and finish reading it. Ha. Thanks for selling it!
Read more
Helpful
Report abuse

Logan’s Review: I really liked this book. Some of the stories were really funny. The stories were entertaining and kept my attention so I was able to finish reading in just a couple hours. My favorite story was Marla Frazee’s where she was talking about John always dropping stuff. In Dan Santat’s story, I liked when he was talking about how even though he couldn’t draw very well, he never gave up. That teaches you to keep trying no matter what. I thought it was awesome that Jarrett J. Krosoczka finished his story when he was in the third grade at age 8.

I like the pictures that were included of each author when they were little and the drawings and things that they did. It was really cool to see all of those.

Chris’ Review: I really enjoyed looking at all of the pictures that the authors drew when they were little. That was pretty neat and some of the pictures were really unique. The different stories were pretty funny. My favorite one was by Yuyi Morales.

Everyone’s story was so different and interesting so I never got bored while reading this book. It was entertaining.

A.Moore
5.0 out of 5 stars Some of THE best in kidlit all in one book!
Reviewed in the United States on August 16, 2017
What an amazing compilation of stories and illustrations by some of today's best kidlit people! I loved hearing about their 'why' for writing and also how it wasn't perfect that first time. So many children think they need to be perfect and successful on their first attempt at anything, and this book shows that it does take time. Our Story Begins will make an excellent addition to any classroom or school library and readers of all ages will enjoy it!
Read more

5.0 out of 5 stars Some of THE best in kidlit all in one book!
By A.Moore on August 16, 2017
What an amazing compilation of stories and illustrations by some of today's best kidlit people! I loved hearing about their 'why' for writing and also how it wasn't perfect that first time. So many children think they need to be perfect and successful on their first attempt at anything, and this book shows that it does take time. Our Story Begins will make an excellent addition to any classroom or school library and readers of all ages will enjoy it!
Images in this review

Page 1 of 1 Start overPage 1 of 1
Previous page
Next page
Pages with related products. See and discover other items: children's author, creative story writing, creative writing for kids, Moral Story Books For Kids
Back to top
Get to Know Us
Make Money with Us
Amazon Payment Products
Let Us Help You
EnglishChoose a language for shopping. United StatesChoose a country/region for shopping.
© 1996-2021, Amazon.com, Inc. or its affiliates