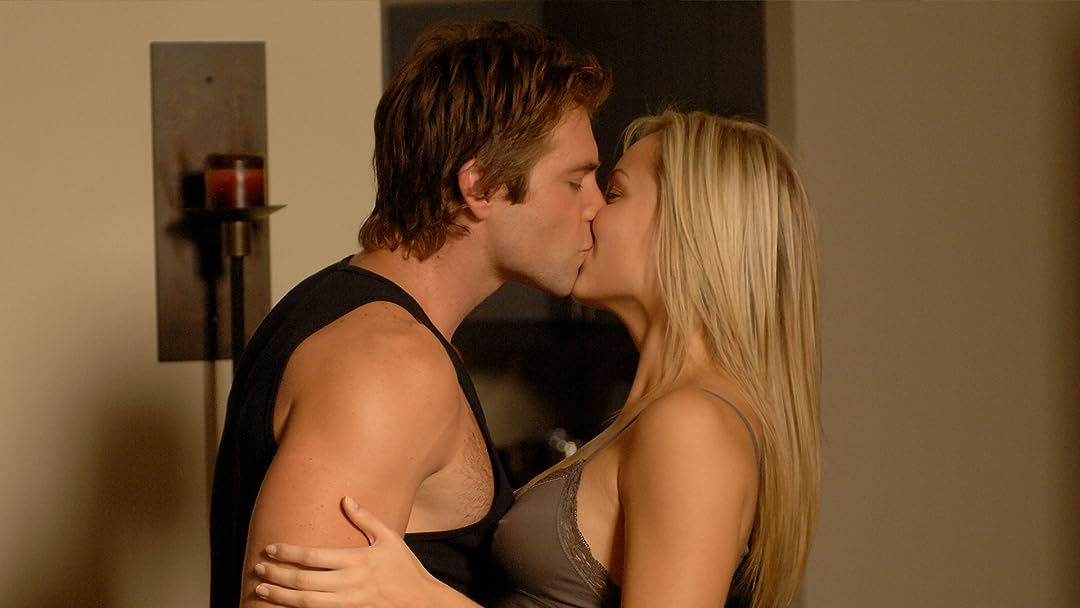 (127)
1 h 28 min2009X-Ray16+
Against her father's wishes, Marcie Cutler, a young forensics officer in Chicago pursues her dream of becoming a detective when she's brought on to investigate a major murder case involving another detective and his partner.

Geoffrey F. ArnoldReviewed in the United States on January 7, 2021
3.0 out of 5 stars
I want to give it four stars, but...
Verified purchase
...it just falls short.

It proves you can create a story and have the dialogue be free from all the profanity so prevalent in films today, much of it pointless and adding exactly less than nothing to the character's identity, let alone the story. So it is nice to watch films without it. Excess profanity makes too many films unwatchable. I don't need to hear it every other word.

And, given this film has a lot of the standard cliches, it really is okay. You can watch this story and be sure you aren't going to be overwhelmed with the things that make so many films unwatchable.

The plot wasn't particularly original, another reason for the 3 stars. The cast wasn't particularly well defined, typical of this sort of film. But it is enjoyable, and it doesn't go trying to add so many twists and turns that you lose track of who is what and who did what when and why and didn't they just? I don't remember kinds of foolishness. We get a pretty linear, easy to follow story.

I am glad when film makers don't try to be too clever for their own good, and stick with the story and keep the plot twists manageable, without losing the audience in the process.

And I wish Hollywood and Canadawood (who made this film) would do more like this. Less profanity, more focus on an actual story we can follow. Is that too much to ask?

J. B. BarbourReviewed in the United States on December 21, 2019
3.0 out of 5 stars
Not bad
Verified purchase
First, I'd like this movie. But I thought some scenes were a little lame. At first a suspect gets shot. The detective along with a Forensic Scientists (FS) was at the scene talking about the victim who was shot with a 9mm. One of them commented on how it looked like a Glock that done it. No one can tell what manufacture of a gun shot the bullet. A 9mm is a 9mm.
The next scene shows the female FS taking a test to be a Detective. For one a FS would make more money than a Detective, and further more, in order to be a Detective, one has to be a sworn Officer first. A FS is not a sworn positions. Next, there is a scene where an Officer shoots at the bad guy for just running. C'mon now. Hollywood is working overtime on this one.
Next, the Boss (cop) and the FS (non-cop) female break into another officers house and they find evidence. The boss makes a statement, lets get a warrant and come back to get what we found. Wrong! For one, you can't just break into someone's home and no matter if they are a cop or not without a warrant and siege evidence afterwards.
There are a few other details, but watch the movie. It's ok. But its a little far fetch for me on somethings. But still it's worth watching.
6 people found this helpful

CheeseheadReviewed in the United States on January 4, 2021
2.0 out of 5 stars
Unprofessional
Verified purchase
Cons: Everything about this movie is unprofessional. The story is lame. The acting is half-assed. Constant departures from accepted police procedure. Unprofessional relationships at work. Did I see a California license plate in what was supposedly Chicago? Dumb sex scene wearing bad underwear. Just a bad movie all around.

Pros: No alphabet agendas being rammed down your throat, disguised as entertainment. This movie is the poster child for defund the police.
4 people found this helpful

Logain UT AblarReviewed in the United States on March 28, 2021
4.0 out of 5 stars
Better than I expected.
Verified purchase
I liked Out of Control. The plot isn't anything that hasn't been done before and the ending is definitely paint-by-numbers but the casting and the production values are good. To be fair I did watch this at 4:30 in the A.M. when my mind was on cruise control but regardless, when the credits started to roll, I enjoyed what I saw.

It's also funny how the cast are all really attractive people. Every. Single. One. Look at some of this cast...Marcie (Laurie Vandervoot), Lisa (Amy Sloan), Gus (Chris Kramer), Donna (Leni Parker) John Tucci (Romano Orzari) even the waitress Nancy -Ann Michaud is gorgeous and the thirsty retail clerk at the clothing store (Anna Hopkins) . Even Marcie's dad Francis X. McCarthy has a very distinguished look about him. I laughed during the viewing because Gus, Stanley (Brett Watson) and Danny the tech guy (Daniel Brochu) all have very similar looks in this film. Like 3 different versions of the same Ken doll. Laurie Vandervoot would totally be a Barbie. I was never a Barbie fan but can give credit where it's due. What does it say about me that I thought Leni Parker is more attractive? I really liked Leni Parker though because she played a good police captain, stern but fair, she has a very unique look that fit the role well with a round face and I loved her eyes, but I digress.

I can understand why some people wouldn't care for this film because the outcome is never in doubt and the "whodunit?" bit is irrelevant when the murderer is revealed within the first 5 minutes. But I did. It has a neatly wrapped up, feel good (if a bit typical) ending and sometimes that's needed. Especially in these questionable times, when too many films over the last decade or so want to go all in with gratuitous violence, and/or be one step away from soft core smut.

4* because I watched Out of Control at the right time.

Steven BrownReviewed in the United States on May 11, 2018
5.0 out of 5 stars
Best movie of all time? Possibly
Verified purchase
Arguably the most important film in the history of Western civilzation, "Out of Control" stands out for many reasons. In particular in the genre of "mystery" this film is very, very, very, very effective. It is very difficult to decipher who the villain really is in this movie until the very, very end of the future. Additionally the music in this movie is excellently suited to the subject matter and clearly reflects the urban environment of tough, gritty Chicago. Too many movies and TV shows have torpedoed themselves by using music that is not appropriate for the genre, for example the crappy country western music that permeates what otherwise could be a decent show, Firefly. Rest assured that "Out of Control" avoids the well-known and unabated. "Firefly" curse.
6 people found this helpful

MarieReviewed in the United States on March 25, 2021
1.0 out of 5 stars
Super Boring-- Barbie goes to Detective School
Verified purchase
Super boring. Poor writing. Over-the-top music. The glamorous lady detectives were straight out of modeling school and self-conscious about their perfect hair and outfits at all times. The secret villain was revealed in the first scene which instantly kills all suspense. His blabby smugness was very off-putting.
3 people found this helpful

Picky, picky, pickyReviewed in the United States on April 18, 2021
1.0 out of 5 stars
Bad acting, bad plot, waste of time
Verified purchase
We know who the killer is in the first few minutes of the film... and the film wastes the viewer's time by watching as a beautiful girl "solves" the crime. I wish scriptwriters would learn they don't need to insert the name of the character over and over again in the dialogue, don't you Lisa? Well, Lisa... looks like you have a drinking problem. Sorry Lisa, but you lost your gun. What's your problem, Lisa? Ok... we get it. Her name is Lisa.

If you want to waste 90 minutes of your life that you'll never get back, take the plunge. Or poke your eye out with a fork. It will be the same outcome. You'll be sorry you did it.

BriteBlonde1Reviewed in the United States on April 7, 2021
2.0 out of 5 stars
The vibe was not up to par
Verified purchase
Yes the people in here are very attractive, and the director (and editor) are A+...but the entire movie has the vibe of cheap and do-it-yourself. Especially the dialogue. Oy~such cliches and just plain bad words coming from the characters. For some odd reason, it seemed like it was a porno taking the step into legit film. But didn't step far enogh.
One person found this helpful
See all reviews
Back to top
Get to Know Us
Make Money with Us
Amazon Payment Products
Let Us Help You
EnglishChoose a language for shopping. United StatesChoose a country/region for shopping.
© 1996-2022, Amazon.com, Inc. or its affiliates