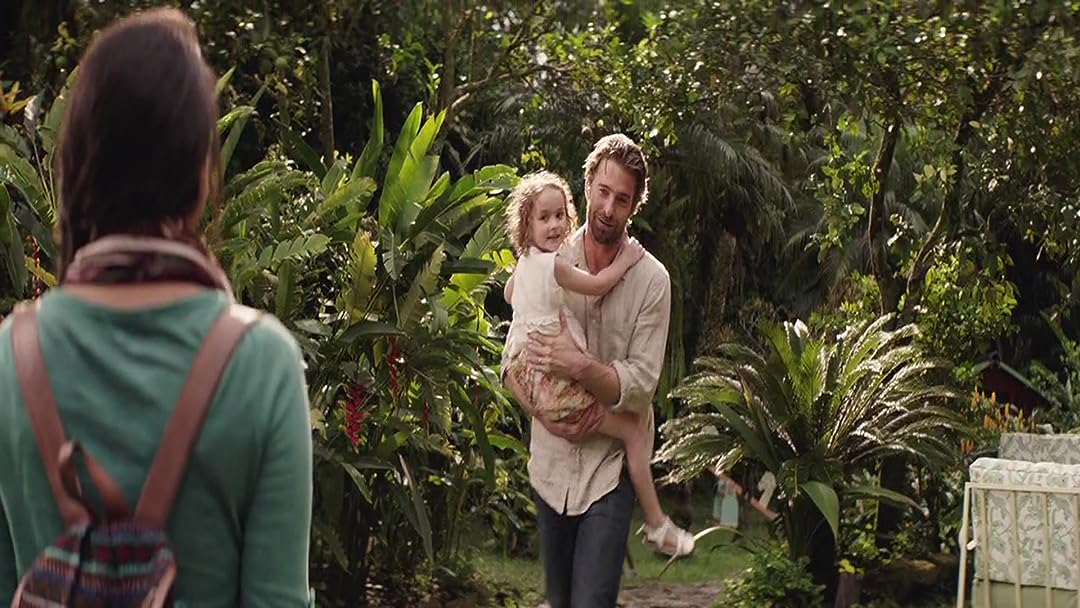 Out of the Dark

(203)
4.71 h 33 min2015PG-13
A couple and their daughter moves to Colombia to take over a family business, only to realize their new home is haunted by children whose death was caused by a horrible accident over twenty years ago.

Damian ScoReviewed in the United States on December 12, 2021
3.0 out of 5 stars
Two very fine actors in a ghost story! Change agents Julia and Speedman.
Verified purchase
Neither of these can turn in a bad performance but what a waste of talent. IF this was a social message they wanted to get out to the public how American businesses sacrifice children unintentionally and then cover it up in foreign Latin American countries, I can think of better plot lines to deliver the message.

2015 this movie came out. Child kidnapped by ghosts stretches the point no matter when it came out.
These 2 are some of my favorite actors; when Julia played "10 things I hate about you", probably her best perforance" and when Speedman was in Felicity they made a lasting impression on me. But they really need some guidance from those they can trust to pick their next projects.

Amazon CustomerReviewed in the United States on January 11, 2021
4.0 out of 5 stars
South America Ehm-Mula-Hysia
Verified purchase
Julia stiles abandons the position as governess over the children, with her daughter following grandfather's footsteps with watch. Columbian trade sells out, shipping Cocoa and Plantains, originally used to wash palate for new word, but the course of England and the brown horse remains the same. The men sacrifice the tongue, She warns of her daughters following the same path, sacrificing the tongue, with a Speedman Jack blueberry "ehm-ha". World sealed until 2025, for South America to rise again, again testing the World course whether the "word and promise" remains an old path.
One person found this helpful

Shon R. EdwardsReviewed in the United States on December 21, 2016
5.0 out of 5 stars
This one is worthy if 5 stars, I would definitely give it a watch!
Verified purchase
Not sure why there are so many low scores here. Personally, I found this one of the most interesting and unique ghost stories I've ever seen before. Still, there's nothing quite like the Japanese horror flick, 回路 (Kairo), or Circuit, though better known as Pulse. First time I saw that, it was terrifying and I just couldn't get over it. Out of the Dark has a very unique setting and premise. Please give it a try and an open mind. Julia Stiles is incredible in this movie, if you watch it for no other reason. Do yourself a favor and watch it! Just give it ta try! Good luck.
6 people found this helpful

JessicaReviewed in the United States on May 25, 2015
4.0 out of 5 stars
Trailer Did Not Give It Credit
Verified purchase
The trailer for this movie made it look like it was going to suck, and I admit I was hesitant to rent it. However, it turned out to be a decent movie. I don't know if it was really scary, though I'm not easily scared after watching Japanese horrors for so many years. The plot held together well, the actors were decent--and actually it kept a good pace, which really surprised me. I was expecting it to be slow in development. However, it grabbed my interest from the beginning, and it didn't waste a lot of time getting into the story.
5 people found this helpful

Stacey AdamReviewed in the United States on April 26, 2015
3.0 out of 5 stars
Turn the Lights On
Verified purchase
Oh where have you been Julia Stiles? I feel like it's been years since I've seen you. And one day I'm searching for movies on Amazon and I find that you are passing your time in a slightly serviceable movie entitled "Out of the Dark."

Julia and her husband (guy from Underworld) move to South America (I can't remember the country) to help her father with his business. It isn't long before child disappears and everyone is running around (appropriately) like mad men (and women) seeking to find her.

"Out of the Dark" is not particularly suspenseful, and the actors all seemed to be a bit bored with the script. (Is it Friday? Can I get my check?) And I never quite understood why mother, father, and daughter had three different accents. But if you have nothing to do and 4 dollars to toss out the window, it certainly worth playing in the background while you look for a more suspenseful movie.
6 people found this helpful

Emily Marek OswaldReviewed in the United States on February 8, 2015
2.0 out of 5 stars
An 'okay' movie.
Verified purchase
An 'okay' movie with predictable jump scares and formulaic plot. For those who enjoy a great "edge-of-your-seat" thriller, this will disappoint you. It's really not that scary. My suggestion: Not worth buying. Barely worth renting. Honestly... it's better to wait and see if it releases on Amazon Prime. The scare level on this is about the same as a Goosebumps novel.
5 people found this helpful

TMcgee 4407Reviewed in the United States on May 27, 2015
3.0 out of 5 stars
Stiles seemed like a bad stand- in in a movie she didn't ...
Verified purchase
I'll give it three stars purely on a relative basis. Stiles seemed like a bad stand- in in a movie she didn't want to be in. The story is hackneyed.
Bad american company kills people in SA village. The male actor was ok when the writing wasn't boring and simplistic. The little girl was obviously english trying to do an american accent. Are you s***ting me , no little american girl could be found??? And the theme was broken when it is found out that the chemical spill that caused the deaths was accidental and all efforts were made to help the victims. Still the bad american had to die. Once again I want my money back... Stiles was so good in Dexter and so bad in this??? So sick of liberal america hating themes and the stinking liberal control of media.
6 people found this helpful
See all reviews
Back to top
Get to Know Us
Make Money with Us
Amazon Payment Products
Let Us Help You
EnglishChoose a language for shopping. United StatesChoose a country/region for shopping.
© 1996-2022, Amazon.com, Inc. or its affiliates