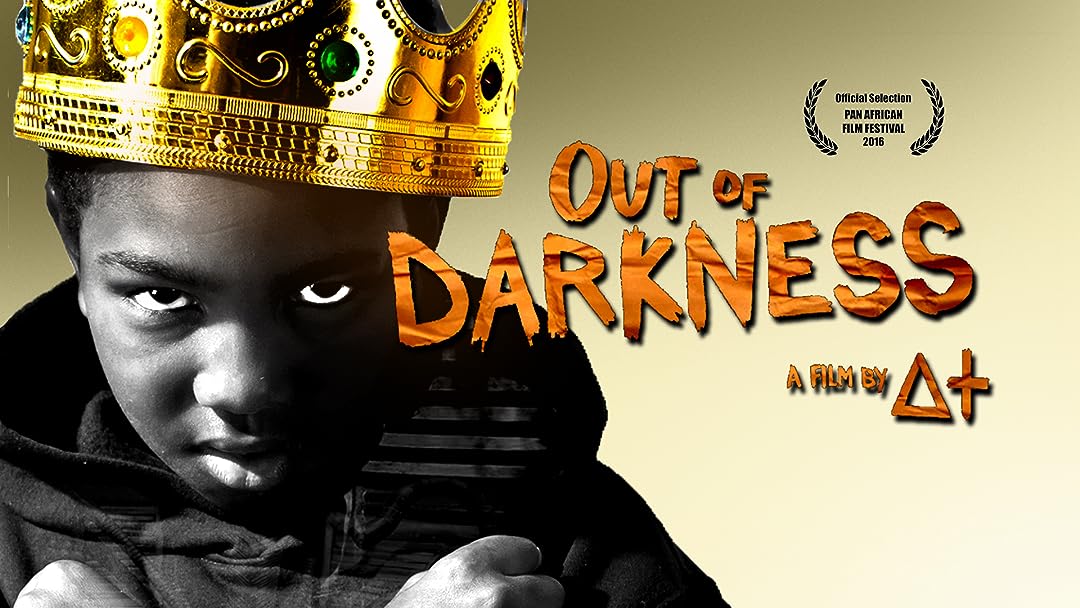 (536)
8.13 h 12 min201913+
Out of Darkness is a full length three-part documentary examining the untold history of African people, the African cultural contribution to the nations of the world, and the events that have contributed to the condition of African people today. Narrated by Kaba Kamene with Dr. Umar Johnson, Dr. Claud Anderson, Tim Wise, Prof. James Small, Dr. Joy DeGruy, and Anthony Browder.

JessicaReviewed in the United States on February 4, 2019
5.0 out of 5 stars
History of AFrica in America
Verified purchase
I was like wow when they said that North America or some parts of America is Africa, so we are already at home doing African things, those that are WOKE! The cognitive distortion or -I meant cognitive dissonance is what I believe that black folks have as well. When that subject was talked about I thought it was gone be about black folks ,but instead white folks has cognitive dissonance as well. Black folks (coons,slaves,bed-wenches) are scared to admit that they are smart as well, they scared to be black and do what white folks are doing- that was taken from us. They don't believe they suppose to be smart, or use their gifts, live and feel clean, and healthy. Instead they believe they suppose to live in the gutta and not eat healthy. They would say that is acting white or for white folks.
19 people found this helpful

Prime CustomerReviewed in the United States on February 2, 2020
3.0 out of 5 stars
Strong opinions, excellent conversation
Verified purchase
When talking about bringing community together across spiritual communities... zero African Traditional Religions are listed.
Zero.
So... bring the community together, except those who are following an ancestral African Traditional path?
(Minus 1 🌟.)
Strong opinions, excellent conversations, some information is great and some is less reflective of latest research.
(Minus 1 🌟 research.)

Karen BiragoReviewed in the United States on July 9, 2020
3.0 out of 5 stars
The Arab slave Trade
Verified purchase
Why does no one talk about the Arab slave trade? The Arabs colonized these Africans first before the Europeans got involved ,I wonder. The were the first and heavily involved in the slave trade, the Portuguese followed and then there was the Trans-Atlantic -This is how these Africans became 'Moors' and adopted a lot of the Arab culture and religion. And the African Moors were the biggest sell outs and were involved in just about every slave trade. Smh I think we need not to be bias and tell the entire truth in these documentaries. Some of these Blacks kill me with 'Im a Moor'- When they referred to Africans or any one of brown/dark complexion as Moors, it was not a good word. Do more research!
7 people found this helpful

UniqueReviewed in the United States on May 2, 2021
3.0 out of 5 stars
Very interesting but too much Pan African talk
Verified purchase
Black people in America are in an era now where they are learning more about themselves as an ethnic group and their history. While it is true slavery is not our only history, I felt the film spent too much time on Africa and Egypt. I guess if you're someone who romanticizes Africa, Egypt, and the pyramids you'd love this film but if you're more of a Tariq Nasheed, Dr Claud Anderson, ADOS, or Dane Calloway listener it may not appeal to you as much like in my case.

However they did an outstanding job talking about White Jesus and religion. I also enjoyed the talk about economics from Dr Claud Anderson. Overall it's worth a watch if you enjoy Black documentaries but Pan Africanism is a definitely the major theme here.
One person found this helpful

G. RobinsonReviewed in the United States on January 4, 2019
5.0 out of 5 stars
Sheds Light on the Truth!
Verified purchase
This film is so pertinent! The information about persons of African descent is important for all people to know and understand. I like the format that gives different perspectives from various scholars on the topic. In addition to information, the film offers solutions that are doable. Kudos to the all involved in this production.
6 people found this helpful

MidReviewed in the United States on March 19, 2016
5.0 out of 5 stars
A Transformational Message! Powerful!!
Verified purchase
This engaging documentary powerfully covers all aspects of Black life from rarely discussed ancient times to the more popular, but confusing Black experience here in America. It's insightful and powerful collection of dynamic speakers leaves NO rock unturned, covering every aspect of racial tensions between White and Blacks in America in terms of psychology, history, economics, religion and more. This is a must have for everyone, but especially the primary victims of the concentrated system of American White Supremacy. This is a message that adults and children need to see (Adults screen first to ensure the content is suitable for young children - The truth is tactful, but not sugar coated) Every disturbing and confusing racial event in America can and is explained on this DVD in clear and practical terms that anyone can understand ...But as the title suggest, you will not find "Out Of Darkness" in public schools where it belongs. A Transformation Message!
43 people found this helpful

D. SellersReviewed in the United States on April 25, 2022
5.0 out of 5 stars
Excellent documentary - highly recommend for Educational purposes
Verified purchase
I watched this about 3 times. The content is beautifully designed. Graphics and historical footage along with the highly credited narrators. Thank you so much for this much needed historical documentation.
See all reviews
Back to top
Get to Know Us
Make Money with Us
Amazon Payment Products
Let Us Help You
EnglishChoose a language for shopping. United StatesChoose a country/region for shopping.
© 1996-2022, Amazon.com, Inc. or its affiliates