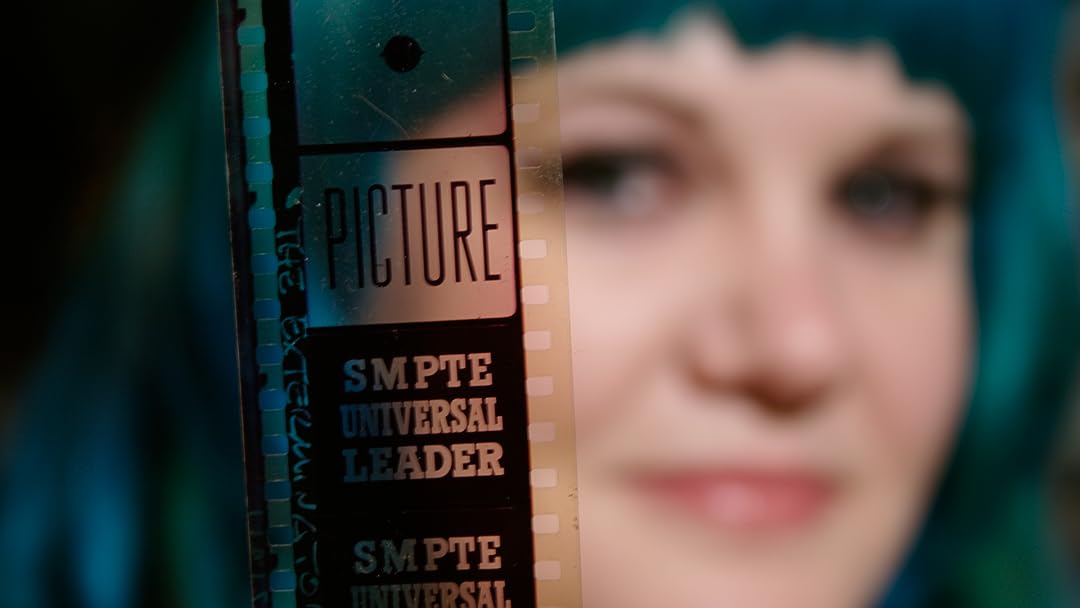 (35)
6.71 h 27 min201616+
A movie about a movie theater? In a culture where digital movie presentation is taking over, Out of Print explores the importance of revival cinema and 35mm film exhibition as seen through the lens of the patrons of the New Beverly Cinema in Los Angeles. Featuring interviews with a who's who of influential independent film creatives including Patton Oswalt, Seth Green, Joe Carnahan and more!

Old and in the wayReviewed in the United States on March 20, 2017
5.0 out of 5 stars
Love Letter To Beloved Repertory Movie Theater/Revival House
Verified purchase
Four stars for the documentary and one for being about one of the places I miss most since I left L.A. Friends turned me onto other "revival house" theaters back in the mid 70's. The Fox Venice Theater, where I saw 3D movies from the 50's for the first time, concert movies and even a few live shows, became an indoor swap meet in the early 80's. And the Newart, where I saw newly restored prints of classics from the golden age of Hollywood film and many foreign and art films, which is still there, as far as I know. Then, I discovered The New Beverly. Great double features of films I already loved and many that I'd missed. There truly is nothing like seeing a beloved film on the big screen that I'd only seen on TV.

The documentary covered much of what I enjoyed about the place, plus tons of stuff I never knew, including its history and interviews with its many lovers - regular folks plus filmmakers and actors.

HWReviewed in the United States on January 13, 2018
4.0 out of 5 stars
Great Docu For Anyone Who Loves Movies!
Verified purchase
I've known about The New Beverly Cinema for 20 years thanks to their posters but like a lot of Angelenos have never made the time to visit. After seeing this docu though I'll make sure to finally go once it's (hopefully!) reopened. (As of Jan. '18 it says it's closed for renovations.) This docu is more of a love letter to the New Bev owners and clientele and that's okay because that's exactly what makes a 35mm revival movie house special. The staff on display in the docu are incredibly unique and the filmmakers who are interviewed share their appreciation for 35mm prints and the specialness of the New Bev. It's a treat. While I would have liked learning more about the work that goes into finding prints and what happens when they do, the characters associated with the theater were the focus and, as noted, that's okay too. It's worth watching.
3 people found this helpful

K.SozeReviewed in the United States on November 18, 2018
5.0 out of 5 stars
Made me want to make this a vacation destination.
Verified purchase
A quick summation is there is a theater in LA called the New Beverly that shows double features of movies that 90% of the time are not huge successes. Everyone involved with the theater is really into seeing these movies in their 35 mm glory. The owner passed and the theater hit on hard times and then was purchased by Quentin Tarantino who carries on the tradition. It has been under renovation but plans on opening again December 2018. This documentary is fascinating to film geeks...interesting to others. I watched it on prime twice but with physical media disappearing (much like these 35 mm films) I wanted to make sure I will always have a copy. The DVD is bare bones but I will have it with me when I make the trip there one day.

A FanReviewed in the United States on October 21, 2018
3.0 out of 5 stars
A heartwarming testament, a sub-mediocre film
Verified purchase
With all the film buffs on the screen going on about how much they love great cinema, virtually no effort was taken to see that this film would belong to the tradition of great documentary. I really, really wanted to like this film. I supported its production.

The aesthetics are clean. It’s a professional looking film, though the canned music becomes intrusive. There are some cameos from filmmakers I adore, too. At the end of the day, they’re preaching to the choir. Film left me feeling lectured at. Participants and filmmakers cared more about sharing anecdotes that werent really engaging and complaining about changing format standards than making a movie audiences will be happy they gave their money to support. Somewhat of a chore to get through. More than a bit indulgent.

3 stars for the cameos (some were good) and the heart that went into this movie.
3 people found this helpful

John W. MccrackenReviewed in the United States on December 14, 2016
5.0 out of 5 stars
Great documentary about the New Beverly theater in Hollywood
Verified purchase
Great documentary about the New Beverly theater in Hollywood. I wish there was a theater like the New Beverly in my area, I would live there. The New Beverly shows older movies that have not been seen on the big screen in years. The doc tells the story of the theater and its employees and patrons, some famous some not, all mingling together to watch movies. Actor Clu Gulager has his own seat with his name on it. How cool is that ! 5 stars.

Brett GReviewed in the United States on December 8, 2016
4.0 out of 5 stars
If you remember going to your local 1 plex movie theatre.....
Verified purchase
If you love classic movies and remember going to your local 1 plex to see them-this movie is for you. "Out of Print" tells the story of a second run movie theatre in Hollywood, California and vividly tells it's rich history and introduces us to it's loyal patrons and wacky staff. This film is a love letter to movie history and is made with an obvious passion to films and the people that love them.
One person found this helpful

Glen KaneReviewed in the United States on September 3, 2016
5.0 out of 5 stars
A love letter to film prints.
Verified purchase
Very warm and inviting love letter to film prints, and the few theaters left that still celebrate them, mainly the wonderful New Beverly in L.A. I've had the pleasure of visiting this magical little theater, and this great doc will make you feel like you live right down the street. Highly recommended.
2 people found this helpful

Thomas KuoReviewed in the United States on May 11, 2017
4.0 out of 5 stars
Trip Down Film Memory Lane
Verified purchase
As a patron of The New Beverly, I found this documentary fascinating. Though...it runs a bit too long in the interviews and stories from the employees. The unfortunate thing for anyone who has gone to this theater, the faces have definitely changed as is the programming, which seems now strictly Quentin Tarantino. But...this is a fun nostalgic watch.
See all reviews
Back to top
Get to Know Us
Make Money with Us
Amazon Payment Products
Let Us Help You
EnglishChoose a language for shopping. United StatesChoose a country/region for shopping.
© 1996-2021, Amazon.com, Inc. or its affiliates