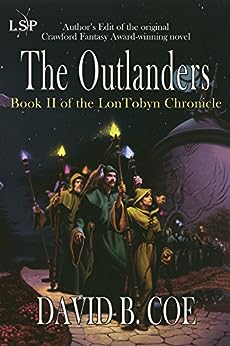 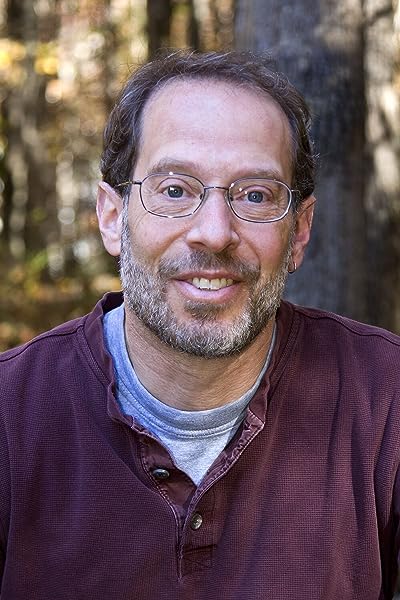 by David B. Coe (Author) Format: Kindle Edition
Book 2 of 3: LonTobyn Chronicle
See all formats and editions
Sorry, there was a problem loading this page. Try again.
Four years after the insidious, devastating invasion by agents of Lon-Ser, Tobyn-Ser's Order of Mages and Masters is riven by conflict and paralyzed by inaction. From the outlander, Baram, they have learned much about their neighbor to the west: Unlike Tobyn-Ser, which is served by the Mage-Craft of the Children of Amarid, Lon-Ser is devoid of magic. Instead it possesses a dazzling and deadly technology that shapes every aspect of its people's daily life.

Frustrated by the Order's inability to act, Orris, a young, rebellious mage, takes it upon himself to prevent further attacks on his homeland. Taking Baram from his prison, he embarks upon a perilous journey to Bragor-Nal, an enormous, violent city in Lon-Ser, ruled by a brutal, feudal-like system of Break-Laws, Nal-Lords, and Overlords. As Orris soon learns, however, Baram has been driven insane by his captivity. Upon reaching his strange and fractured homeland, the man abandons Orris.

Armed only with his magic, Orris is thrust into a world whose language he does not comprehend and whose technology he can barely fathom. Together with Gwilym, a man with strange powers, whose vision of Orris has lured him out of the mountains and into the chaos of the Nals, and Melyor, a beautiful Nal-Lord who harbors a secret that could cost her life, Orris must end the threat to Tobyn-Ser without getting himself and his companions killed.

THE OUTLANDERS is the second volume of the LonTobyn Chronicle, David B. Coe's Crawford Award-winning debut series. This is the Author's Edit of the original book.
Read more
Previous page
Next page

Next 2 for you in this series See full series
Total Price: $9.98
Books In This Series (3 Books)
Complete Series
LonTobyn Chronicle
Kindle Edition
Page 1 of 1Start OverPage 1 of 1
Previous page
Next page

"THE OUTLANDERS is an unusual, excellent novel of triumph and redemption. Very well done!"-David Drake "Set in a world where magic and technology battle one another for supremacy, Coe's sequel to CHILDREN OF AMARID explores the difficult choices individuals must make in the name of loyalty, love, and honor. The author's skillful storytelling and subtle characterizations make this tale of fantasy and intrigue a good selection for most libraries."-Library Journal "The world building here is distinctive and impressive."-Publisher's Weekly "Innovative and engaging."-Kirkus Reviews "Although there is plenty of violence and death, it is refreshing to see Coe give his characters some intelligence and let them use it. The mind games played by the evil Overlord and Orris and other characters both advance the plot and make it more intricate, and the language is appropriate to a world so cleverly crafted. As always, the mind-connections between bird and man is a well-thought-out and intriguing concept. The final volume is eagerly awaited."-VOYA --This text refers to the paperback edition.

David B. Coe is the award-winning author of nineteen novels and more than a dozen short stories. He received his undergraduate degree from Brown University and his master's and Ph.D. in United States history from Stanford University. Co-founder of and regular contributor to the Magical Words group blog, he currently resides with his wife and two daughters in a small college town on the Cumberland Plateau.

Pete Cross earned his MFA from the California Institute of the Arts and has been narrating audiobooks since 2015. He received an Audie nomination for 2016's A Time to Die. In 2017, he garnered both an Earphones Award and a Parent's Choice Award for his narration of Openly Straight. An Ohio native, he spent eight years in Los Angeles where he coached actors, was lucky enough to work with French director Quentin Dupieux, and despised the traffic.
--This text refers to the audioCD edition.

David B. Coe/D.B. Jackson is the author of more than two dozen novels and as many short stories.

As D.B. Jackson (http://www.DBJackson-Author.com), he is the author of the Thieftaker Chronicles, a series set in pre-Revolutionary Boston that combines elements of urban fantasy, mystery, and historical fiction. He also writes the Islevale Cycle, a time travel/epic fantasy series.

Under his own name (http://www.DavidBCoe.com) he has most recently published the Radiants supernatural thriller series. He has also written epic fantasy, including the Crawford Award-winning LonTobyn Chronicle, contemporary urban fantasy, and media tie-ins. He is the co-author of How To Write Magical Words: A Writer’s Companion.

David has co-edited several short fiction anthologies with Zombies Need Brains, and has recently launched a freelance editing business. He has a Ph.D. in U.S. history from Stanford University. His books have been translated into a dozen languages.

Calandra Usher
5.0 out of 5 stars Excellent
Reviewed in the United States on August 16, 2020
Verified Purchase
Book two of the series doesn’t disappoint. David Coe continues to paint a rich picture of his world focusing in this volume on the nation across the sea. I greatly enjoyed getting to know his new characters as well as going deeper into the personalities we already knew. Looking forward to reading the third installment in the series.
Read more
Helpful
Report abuse

Kyle Wallace Roper
5.0 out of 5 stars Much better than the first book, read the series
Reviewed in the United States on August 9, 2018
Verified Purchase
Definitely a huge improvement on the first book, far more worthy of the intriguing story. Worth a read. Much better job fleshing out the characters, and it really goes in a unique direction considering where the series starts.
Read more
One person found this helpful
Helpful
Report abuse

Jen
5.0 out of 5 stars Loved
Reviewed in the United States on December 8, 2021
I loved this book. While I was pregnant with my oldest daughter my husband and I started reading this series. We decided to name our daughter Jessamyn and I call her My. For her 14th bday we bought her the series
Read more
Helpful
Report abuse

Kindle Customer
5.0 out of 5 stars This is very good.
Reviewed in the United States on February 16, 2022
Verified Purchase
I didn't like the beginning of the book, as it sort of... lost me. But after page 50 or so, I really got into it. I would have given this book a 4.98, but, their are not decimals in the way that people can review them.
Read more
Helpful
Report abuse
See all reviews