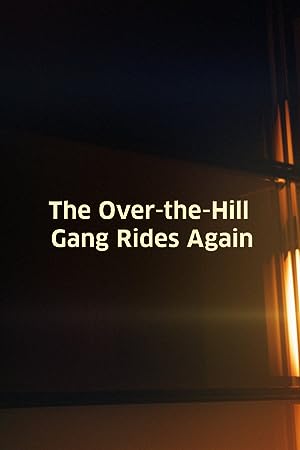 Astral PixieReviewed in the United States on January 10, 2019
4.0 out of 5 stars
Fun ABC Movie of the Week
Verified purchase
Really liked the movie, great actors with some fun chemistry. And a nice theme of friendship.
Plus a great raucous final showdown. Was sad when it ended. .
I have fond memories of Edgar Buchanan from Petticoat Junction.

***Spoiler Alert for the below paragraphs:

This movie contains one of my favorite scenes of any movie. Tickled me Pink!
Jason is having his bachelor party the night before his wedding. The party consists of a row of 5 old men sitting in rockers on the front porch They pass around the aged "3 month old" hooch bottle. And then the "women" consist of a picture of a woman from France in lingerie. Funniest thing was when the Jason got the picture, his eyes were so bad it was only a blur :) Women and Whiskey!

The second great scene was when Walter Brennan said "Just look up to heaven before you get into a gun fight" And there are two guns aimed straight at them. :D Plus "You hear the man... get"

PeriwinkleReviewed in the United States on April 15, 2020
4.0 out of 5 stars
Fun movie, lovable characters
Verified purchase
I was young the first time I saw these movies and I loved them then. Now that I'm over the hill I love them even more. My favorite thing about this movie is the newspaper guy. If you saw the first one you'll probably know what I mean.
One person found this helpful

LeoMReviewed in the United States on July 22, 2013
3.0 out of 5 stars
A Fred Astaire Western!
Verified purchase
A predictable made-for-TV movie from 1970 featuring a quartet of western veterans and...Fred Astaire! While Astaire looks more like a riverboat gambler than a feared ex-Texas Ranger, it was fun watching him in an unexpected role. The picture quality is not perfect, as if the master has been allowed to degenerate over the years. And the "extra" biography of Astaire contains a big error, saying he appeared in two movies called "Irene Castle" and "The Story of Vernon." He was actually in one film titled "The Story of Vernon and Irene Castle"! Oops. For Astaire fans, it's worth watching.
5 people found this helpful

football fanReviewed in the United States on April 11, 2019
4.0 out of 5 stars
Comedy Western
Verified purchase
Wanted to see a western, got a comedy western and laughed.
2 people found this helpful

rcharleReviewed in the United States on August 2, 2016
4.0 out of 5 stars
Packed Full of Great Familiar Faces .
Verified purchase
Love this! Must have been one of Fred's (Astaire) final roles and he's great. . Easy going story of broken down, retired Texas rangers supporting one another for one last time. Not much violence so please Check your Guns at the door to your tv room!
One person found this helpful

Have to say, however, that nothing suggests that the final scenes are fantasy. If not, something missing.

Ila JoReviewed in the United States on June 1, 2016
5.0 out of 5 stars
an all star cast
Verified purchase
with this cast how can you go wrong!!! what a great way to spend a rainy saturday with my family.
One person found this helpful