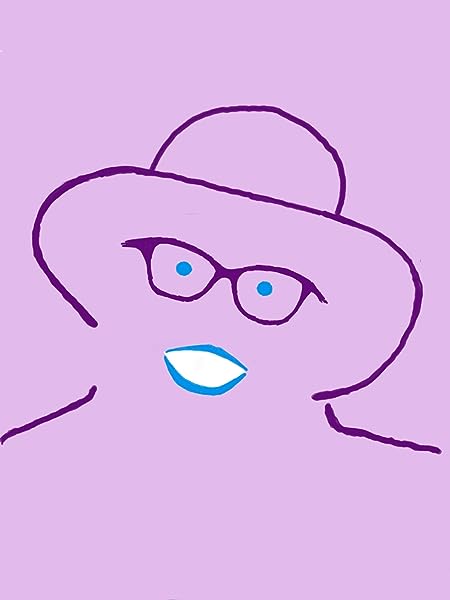 I grew up in a small village in Kent and went to school in the nearby town of Gillingham before going on to three universities: UEA in Norwich, Nottingham and Goldsmiths in London.

My childhood was the 60s (The Beatles, Stones & Beach Boys; Stingray, Thunderbirds & Captain Scarlet; Peter Sellars as Clouseau; Christopher Lee as Dracula; The Sound of Music, 2001: A Space Odyssey and Oliver!) and my adolescence was the 70s (T-Rex, Pink Floyd, Morecambe & Wise and top of the bill, Monty Python - the nearest I ever got to religion!).

I have travelled all over the world in every continent (apart from Antarctica) and have lived & worked in London, Hong Kong, Japan, Germany and Switzerland. I have also spent significant time with family in both the US and Australia. In 2015, I retired to the wonderful county of Northumberland where I now enjoy writing and going for long walks with my dog. 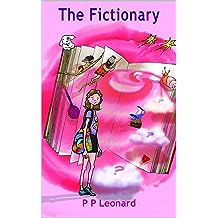 The Fictionary Sep 13, 2020
by P P Leonard, Gill Gill
$2.99
Are there any burning questions that constantly bother you? Are you satisfied with the answers you’re getting? No? Well then, why not give the Fictionary a try? It’s guaranteed to give you all the answers you’ll ever need, and top-quality ones too!The Fictionary is a warm and light-hearted fantasy-adventure-comedy in two parts: Part One – Beyond Reality and Part Two – Beyond Reason. The Fictionary is a gnarled leather-bound book that answers a question by telling a story within which lies the answer. The only forbidden question is ‘What is the Fictionary?’ This because it is not a book at all; it is a portal between the Realm of Reality and the Realm of Reason, the dwelling place of the Lords of Reason: Who, What, Why, Where, When & How.The Fictionary Part One – Beyond Reality tells the story of a teenage girl, Codoné, and how she stumbles upon the Fictionary and its enigmatic keeper, Œfiauce. After she has experienced answers to a couple of her questions in the form of short stories, Codoné eventually asks the forbidden question and enters the Realm of Reason where she encounters the six Lords of Reason who help her escape back to Reality. But the reality she returns to is not the one she departed from; it is a parallel reality within which lurks a renegade seventh Lord of Reason.An essential element of the Fictionary is the stories that the book tells Codoné. In Part One there are two main ones: firstly, Scents of Perspective (The Tale of Miss Ellany) about some garden snails led by a wise old snail, Konch, who communicate by producing smells and a comical cad called Cousin Harry who tries to exploit them; and secondly, The Dawn of Civilisation (The Tale of Elli & Ovi’s Quest) about two cavemen brothers in prehistoric times who go in search of God’s lunch box and along the way encounter exotic beasts such as a hen-pecked-fatty-puss, Al a mythological beast who can fly and the two nevasaurus cousins, Hopi and Wishi (as in ‘Hope-he-never-saw-us’ and ‘Wish-he-never-saw-us’).In Part Two – Beyond Reason Codoné is kidnapped by the renegade Lord of Reason and held hostage along with the Fictionary prompting the other lords to leave Reason and, by a somewhat haphazard variety of paths, enter into Reality in an attempt not only to rescue them but also Reality itself.As in Part One, an essential element of Part Two is a story that the Fictionary tells Codoné in reply to one of her questions. This is a tale called Concrete Bungle about a young boy, Toby Ore, whose body gets mashed in a concrete mixer and whose spirit transfers to the concrete and clay of the house being built. A series of rapidly escalating events culminate in Toby’s spirit inhabiting the fabric of the entire town (which happens to be Codoné ‘s home town) and eventually taking form as a concrete & steel colossus over a mile high which then escapes from the clutches of the army pursuing it by disappearing into the sea.More than that I will not tell. Suffice to say this story is much longer than any of the others told by the Fictionary and therefore much, much more important … or is it?
Read more
Other Formats: Paperback 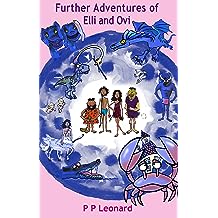 If you enjoyed The Dawn of Civilisation (The Tale of Elli & Ovi’s Quest) in The Fictionary Part One – Beyond Reality, you will love Further Adventures of Elli & Ovi.

In this new adventure, the two brothers set off to track down that most devious and notorious of thieves, the Taxman; and try to retrieve some of the “tax” he has taken from them, including most of their food supplies as well as Granddad. They are joined on their quest (or is it a “mission”?) by other “victims” of the Taxman, namely; their sister, Zatt, and her husband, Gusto, as well as their old friends, Hopi & Wishi, the two nevasaurus cousins. Together they form a gang – the “Tax-Taker-Backer-Gang” – and, along the way, they recruit more members to join them in their cause such as the Great Poltroon (“Oxo” to his friends, who is more than a tad “backward”, and in more ways than one), plus a tyrannosaurus with a rather strong German accent called Poob.

With some help from another old friend, Al the mythological creature, they eventually succeed in finding the Taxman, only to discover that his taking of “tax” is the least of their problems. It turns out he is in cahoots with the Taur Brothers (Cen & Mino) and has “Big Plans” which threaten the very existence of the world as they know it!

Along the way, you will find out who the white, winged-slipper birds are, and why it is so important that they always work together in the same pairs. You will also discover who Cen’s helpers, the two little darlings, Cherub and Seraph, really are, as well as what Mino’s helpers, the long-necked ostrich-emu-lators, will eventually evolve into. Finally, you will learn the answer to what is perhaps the biggest question of all; who, or what, precisely, is the Taxman’s helper … the very hard-working Herman?
Read more
Other Formats: Paperback 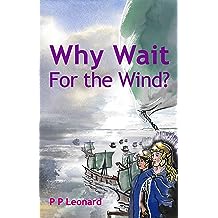 Why Wait For The Wind? Aug 21, 2017
by P P Leonard
$6.44
1700 years ago, the mighty Roman Empire was crumbling. Even the greatest city on Earth, Rome, was under threat. As the situation worsened, successive emperors became increasingly dependent upon armies from the outer provinces to come to their aid, shoring up the empire’s northern borders and fighting off invading Germanic tribes, as well as the dreaded Huns.

More than once throughout this tumultuous period, the legions based in Britannia were ordered across the Channel to bolster a fragile section of Rome’s border or fight off an invading tribe; and, every time they went, they left the province defenceless against its own invaders, be they Picts, Hibernians or Saxons.

Eventually, as yet another army of men set sail across the Channel, once again leaving Britannia vulnerable and exposed, those left behind, the women of Britannia – noblewomen, women of the hunting classes, women who are no strangers to weaponry and chariots – start to organize themselves and take responsibility for the province’s defences along both the east and west coasts, as well as a virtually abandoned Hadrian’s Wall. Little were they to know, however, that as they began to enjoy success in their mission, like many an effective fighting unit before them, they too will become drawn and embroiled into events far away on the Continent.

Based upon the legend of St Ursula and her 11,000 virgin-martyrs, who really did meet their tragic end at the hands of the Huns outside the city gates of Roman Cologne, Why Wait For The Wind? is the story of a remarkable group of young noblewomen from the south-west of Britannia, and tells of their endeavour to raise, and deploy, an army of women.

There is, in fact, a faint smattering of historical evidence to suggest that something like this may have actually occurred. So, as you read the adventures of these incredible young women, have in mind that what you are reading might possibly contain a grain of truth; something along these lines may indeed have happened. 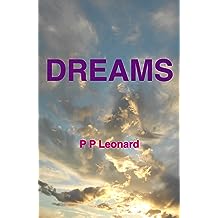 Dreams Aug 12, 2017
by P P Leonard
$2.61
What do your dreams mean to you? Over the years, mine have meant a great deal, and in more ways than one. In this collection, I share some of my most powerful, and meaningful, dreams, including childhood out-of-body experiences and encounters I had when I was younger with the spirits of dead family members. I also share with you a couple of short stories I dreamt in more recent years, which I managed to capture while fresh in my mind. I hope you find them as entertaining as I did!
Read more
Other Formats: Paperback