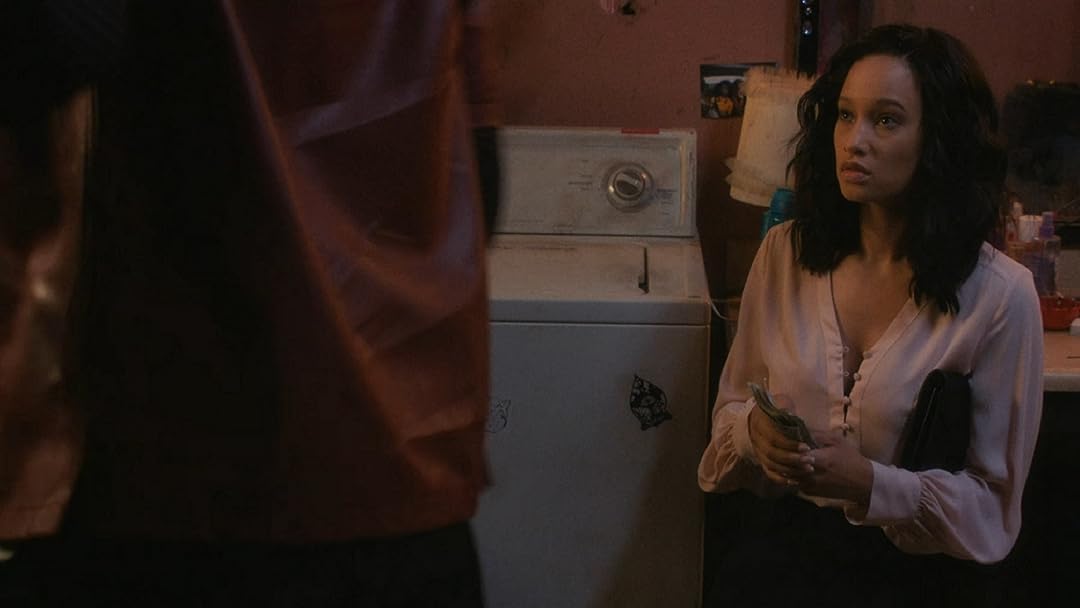 (390)
7.22020X-RayTV-MA
When darkness descends upon Chucalissa, errybody and they mama must fight tooth and talon to survive.

Audrey Yolanda B.Reviewed in the United States on November 12, 2021
5.0 out of 5 stars
Amazing show😍
Verified purchase
This show will grab your attention. The story line will keep you interested.
3 people found this helpful

TauroReviewed in the United States on November 11, 2021
5.0 out of 5 stars
So good!
Verified purchase
This is so good. I can't wait until the next season!
5 people found this helpful

Mr. Muh4kin ExQuireReviewed in the United States on July 2, 2022
4.0 out of 5 stars
Watched the first season
Just finished watching the first season as it was free. It kept me thoroughly engaged. It's essentially an "urban drama" or "hood stripper tale" about a down souf strip club. Think 1990s "The Players Club" with Ice Cube. If you dont know what that means. That means you prob cant relate. If you a "lily white suburban soccer mom" you wont enjoy it because you have no participation or experience with hood matters. You'll prob be offended by the copious use foul language alone the other urban adult content this show comes with. To be honest the actual demographics of this show is aimed for is going to be primarily American Black Urabnized Females.

But if you're exposed to hood culture, hip hop culture, or urban culture and dont mind it you will prob be okay to watch this without 'clutching your pearls' or needing a translator for some of their VERY VERY dope and colorful lingo.

The array of characters are sho nuff interesting and seem decently realistic and they all have good chemistry and good acting. I especially feel Uncle Clifford plays the sassy [annoying not funny] gay black dude well. As well as Mercedes as the head strong no time to waste goal oriented veteran (aso damn she got a body on her 😳). I also dig Shannon Thornton and Gidgets best friends relationship. Gidget is supposed to be trailer trash or some variety of white girl which in real life you find hanging out with hood black girls...but i feel her character portrayal is substandard and still pretty suburban and thusly more like a suburbs white girl acting. I think in real life she'd be more trailer trashy or ratchet...all tho the her always crying thing is funny even if she's a bit of mismatch. Could also be that i just came off watching "Tangerine" where the main white chick in that played her role way better despite being from the suburbs.

I must give props to the ladies in this athletic abilities. I never took a pole dancing class but ive tried to human flag (a bodyweight move) long ago and to see that alot of these women didnt use body doubles for their pole dances and tricks was super impressive to me. Also they were extremely bootiful and beautiful. I had a major crush while watching on Miss Mississipi (Shannon Thornton) she is too pretty.

My only real complaints is there is too much man-on-man sexual activity for a straight dude like me. So that's prob another category who shouldn't watch the show "the hypermsdculine 'real nggz' that don't get down wit dat ponk ish " as even someone recently tolerant I thought the even more copious breasts on display will couldnt wash the gay stuff out 😂 (Season 2 worse BTW). There was also these weird out-of-place flashback moments and space out scene silent moments that ruined the mood of the show. Some bad editing in some shots particularly in cuts. As well as there being a few bad forced southern accents being bandied about...for real how you gon let that British girl pull off a whole foreign country accent too perfect but yall cant do one in your own backyard?

Anyway overall it is worth a watch if you like urban dramas (ie Power, Empire type shows)

Logain UT AblarReviewed in the United States on June 20, 2022
5.0 out of 5 stars
Wasn't expecting much, but WHOA
P-Valley totally caught me off guard. I was looking for something for Sucky Sundays marathon and figured P-Valley couldn't be that good and would fit perfectly. I was totally wrong. P-Valley is so good, it made me stop everything I was doing today and binge watched the entire first season, eyes glued to the monitor.

The writing, the casting, the story, most of the editing and photography, the conclusion, all top notch. The only aspect I wasn't totally thrilled with was the music featured throughout the season but I did like Lil Murda's (J. Alphonse Nicholson) tracks at the Pynk. He killed it in that last episode and gave a great performance on stage except for the pushups. Seeing that, I was like "nah bruh, get up, get up, get up, get up." Bad look. But J. did an excellent job playing the part on the male side of the casting. It was great to see Isaiah Washington again. I've been a fan of his for years even through the troubles. Uncle Clifford (Nicco Annan) is PHENOMENAL. So many of his scenes had me laughing so hard because he'd regulate a situation but do it in a stern but funny way. Another example of the excellent writing and directing in the show. His more intimate moments when he was alone were also really well done. Gotta love the directors in this season.

I appreciated the male nudity. Now, before some of you people reading this start scrunching up your face, fair is fair. P- Valley is about strippers, which pretty much guarantees female nudity even if just for authenticity's sake. But considering men aren't going to be the only people watching this and the casting includes a lot of handsome men, why should women/gay men be deprived especially when the nudity would make sense in the context of the story and the characters involved? That is exactly what inclusion looks like especially when it makes sense in the story being told. It's annoying when Hollywood almost demands women to strip on camera like a bunch of entitled adolescent teenage boys that still haven't seen breasts outside of their Google search results for porn and their sticky keyboards, but find it unthinkable that men should be expected to strip on camera as well.

I also have to stress another key aspect as to why I love this series. Beauty Black women throughout. Yes. Black women, brown women, redbone women, skinny Black women, thick Black women, young Black women, older Black women. From Brandee Evans (who is absolutely phenomenal as Mercedes, it's not just her physical beauty, it's her strength, (Kings want Queens, not doormats), to Shannon Thorton (Miss Mississippi), Elarica Johnson (Hailey), Harriet D. Foy (Patrice), Loretta Devine and others. It was a joy to see so many gorgeous, capable Black women in this show. Skylar Joy (as the CWG (Cute White girl Gidget aka the BBWG/PAWG) is excellently cast as well. An attractive White woman with curves that can dance. Shocking, I know. No uncoordinated anorexic barbies this time out. Thank goodness.

I'll stop there before this review becomes a book. 5*. Fantastic series, loved every episode, loved the characters and writing, loved seeing so many gorgeous Black/Brown Men and women. The season had a lot of "WHOA" moments, dropped a lot of truth, showed a lot of tragedy and showed a lot of real grit. The highest endorsement I could give is I would buy the entire first season of P-Valley if Amazon/Starz had it for sale. Highly recommended.

RockyReviewed in the United States on September 26, 2022
5.0 out of 5 stars
BEST SHOW OUT THERE
ONE OF MY FAVOR SHOWS CAN'T WAIT FOR SEASON 3. CAN'T WATCH THIS AROUND KIDS OR UR HUBBY THATS A SYTREET N......

RCReviewed in the United States on September 8, 2022
5.0 out of 5 stars
Love It
Hey, my favorite new show. It’s even surprised me a few times. Not quite used to the frontal male nudity but hey men are fair game for nudity now. I really need that Mississippi pride pride chant as a ring tone. LOL

Donna SutherlandReviewed in the United States on September 3, 2022
5.0 out of 5 stars
Quality & comfort
It’s has great support & gives me the comfort I need when I’m working out
See all reviews
Back to top
Get to Know Us
Make Money with Us
Amazon Payment Products
Let Us Help You
EnglishChoose a language for shopping. United StatesChoose a country/region for shopping.
© 1996-2022, Amazon.com, Inc. or its affiliates